Tajikistan is a small country in Central Asia but within the area of 141,000 km², there is a significant number of historical and natural heritage.

The UNESCO World Heritage list includes several items belonging to Tajikistan, and the Fann Mountains are among them. It is a marvellous land of lakes and snow-covered peaks lying at the boundary between two huge ranges of the Pamir-Alay, the Zarafshan range and the Hissor (also spelt Gissar) range close to a famous ancient city Samarkand. 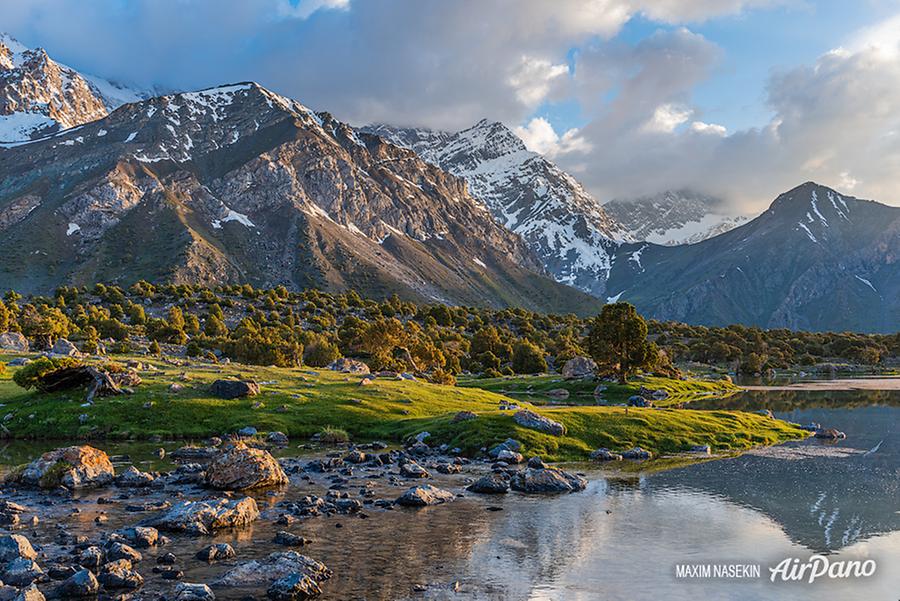 This mountain range includes dozens of five thousanders and four thousanders; the highest point is Chimtarga Peak (5,489 m). Giant steps of stony mounds were created by the ancient glaciers. They surround picturesque valleys, gorges and passes. There are rushing rivers and lakes among them that gleam with different shades ranging from gentle green to deep purple.

The largest lake located in the Fann Mountains is Iskanderkul covering the area of 3.4 km² and being up to 72 m deep. The lake takes its name from Alexander the Great, as his name sounds like Iskander in Central Asia. According to a legend, the warlord was leading his forces across the Fann Mountains and during one of the stops his horse, Bucephalus, drowned. 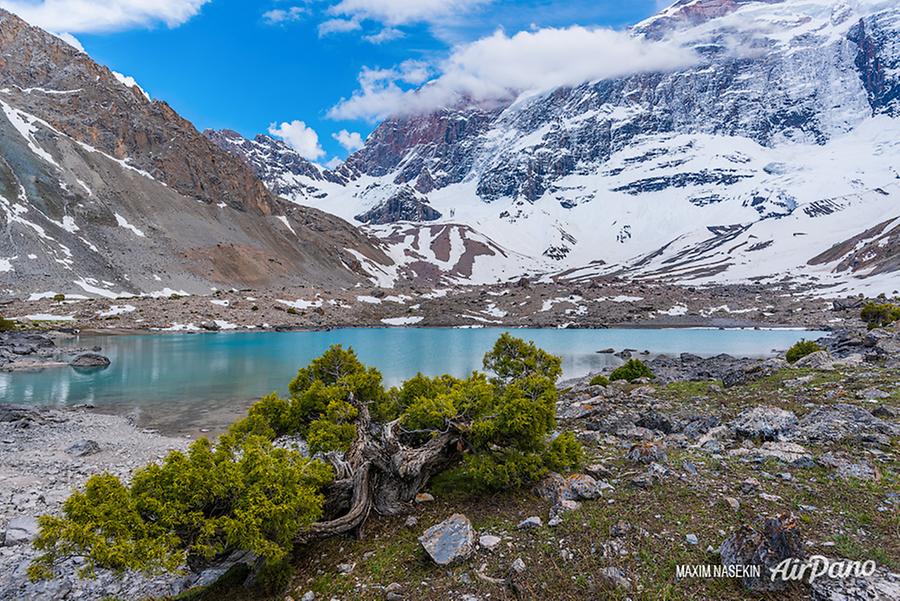 Iskanderkul lies at an altitude of 2,195 metres above sea level and is surrounded on all sides by snowy mountains that reflect in the calm surface of the lake. It is a source for the Iskander Darya river that forms a waterfall nicknamed "Niagara of the Fanns". 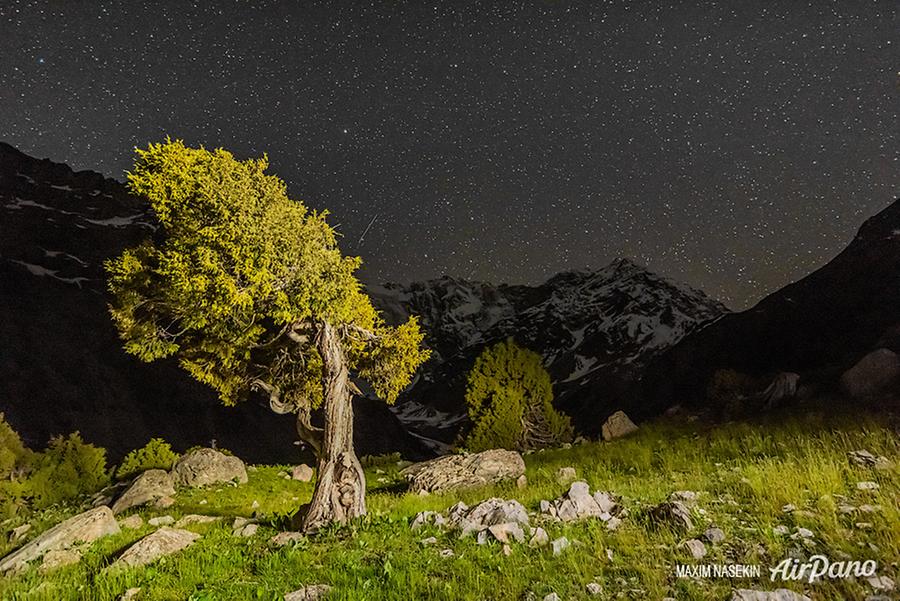 There are around 1,450 lakes in the territory of Tajikistan. The largest lake in the country is Karakul. It lies within a flat mountain basin at an elevation of 3,914 m in the northern Pamir Mountains. It measures 33 km in length, 24 km in width and covers the area of 380 km². There is an island dividing the lake into two parts: the eastern with a depth of 22 m and flat banks, and the western with a depth of 236 m and a precipitous shore. The lake is surrounded by a series of seven thousanders with Lenin (Avicenna) Peak (7,134 m) being the most prominent mountain among them. And even though this lake with bright blue water is fed by the nearby glaciers, the water is very salty. 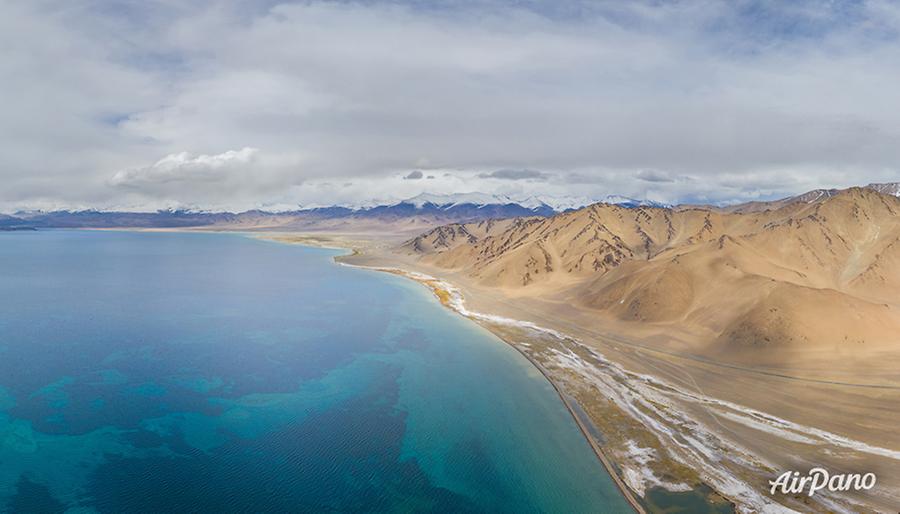 In southern Tajikistan, there is a small mountain area Childukhtaron meaning the "Valley of 40 Girls". There are two legends explaining this name. It is believed that invaders came to these lands in order to make the girls their concubines. The girls addressed Allah in prayer and he turned them into stone. There is another story that tells of the rocks that appeared after a violent fight with Genghis Khan forces. While protecting their native lands, 40 young horsewomen blocked the way of the invaders. They died one by one, then huge stones grew on this site and stopped the enemies.

Childukhtaron is also famous for its beautiful landscapes. A great amount of petroglyphs with a wide range of drawings has been preserved here: they show many scenes between everyday life and hunting episodes.

The south-east of the country has another great historical monument, the fortress-settlement Karon that is widely compared to the famous Machu Picchu. It located in the historic district of Darvaz on the ancient caravan road leading to Khorugh and covers the area of around 100 ha.

Karon was uncovered in 2012 by archaeologist Yusufsho Yukubov and the exploration is still ongoing. Scientists have found the remnants of playgrounds, an amphitheatre, an observatory, a windmill, temples and sanctuaries, graveyards, residential buildings, towers and plumbing. The complex was probably a royal palace. The settlement was abandoned in the 15th century, most likely due to the drain on water resources. 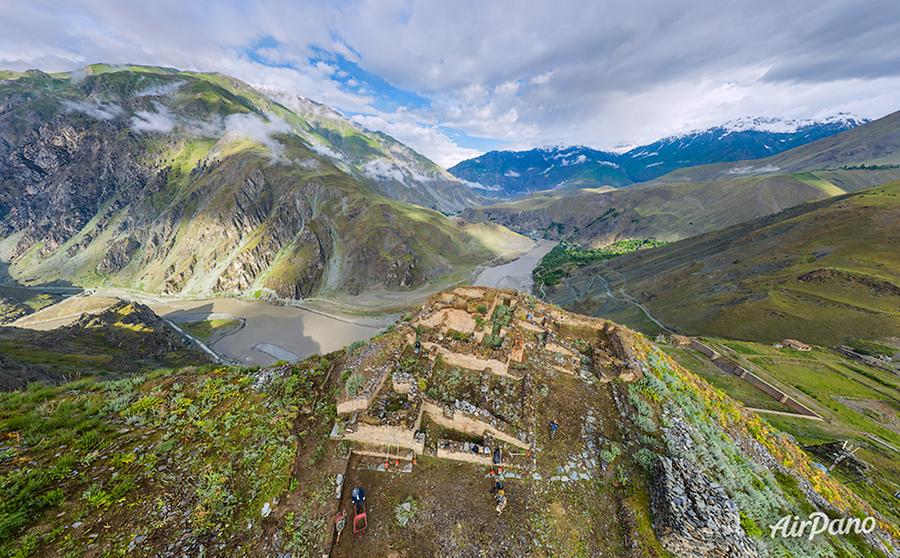 Excavations of the ancient town of Karon
© AirPano

Karon is Persian for "Lying at an elevation", as the fortress was built at the altitude of 2,000 m above sea level. Just below, there is the Panj River, one of the main rivers of Tajikistan, a tributary of the Amu Darya.

Have a look from above at these majestic lands full of legends! 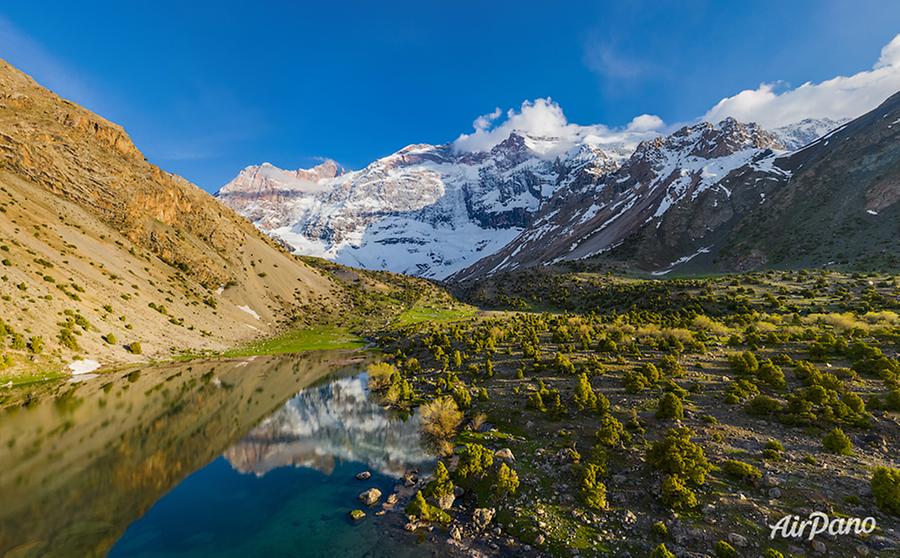