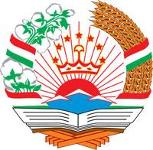 The Tajik people came under Russian rule in the 1860s and 1870s, but Russia's hold on Central Asia weakened following the Revolution of 1917. Bands of indigenous guerrillas (called "basmachi") fiercely contested Bolshevik control of the area, which was not fully reestablished until 1925. Tajikistan was first created as an autonomous republic within Uzbekistan in 1924, but the USSR designated Tajikistan a separate republic in 1929 and transferred to it much of present-day Sughd province. Ethnic Uzbeks form a substantial minority in Tajikistan. Tajikistan became independent in 1991 following the breakup of the Soviet Union, and experienced a civil war between regional factions from 1992 to 1997. Tajikistan endured several domestic security incidents during 2010-12, including armed conflict between government forces and local strongmen in the Rasht Valley and between government forces and criminal groups in Gorno-Badakhshan Autonomous Oblast. The country remains the poorest in the former Soviet sphere. Tajikistan became a member of the World Trade Organization in March 2013. However, its economy continues to face major challenges, including dependence on remittances from Tajikistanis working in Russia, pervasive corruption, and the major role narcotrafficking plays in the country's informal economy.