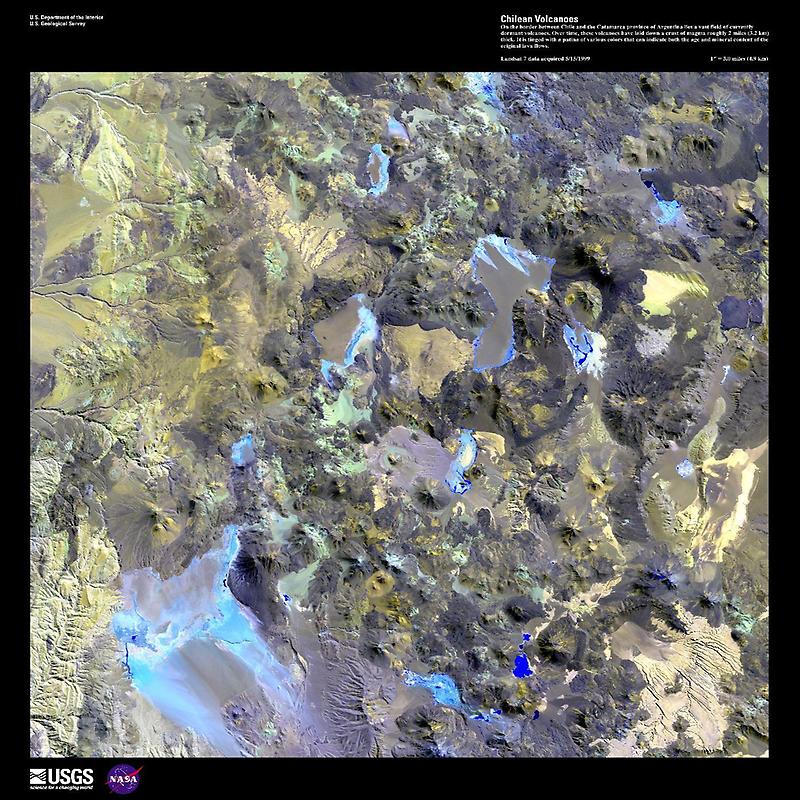 Image courtesy of USGS., under PD
On the border between Chile and the Catamarca province of Argentina lies a vast field of currently dormant volcanoes. Over time, these volcanoes have laid down a crust of magma roughly 3.2 km (2 mi) thick.

This enhanced satellite image is tinged with a patina of various colors that can indicate both the age and mineral content of the original lava flows. Some arroyos and alluvial fans may be seen in the upper left portion of the photo. For active volcanoes in Chile and Argentina, see the Natural hazards-volcanism field in the Geography section.