Photos by Stas Sedov and Sergey Shandin members of the AirPano Team that is a member of the global-geography Consortium.

Located 23 km away from Lisbon, there is a small town of Sintra that has been declared a UNESCO World Heritage Site. Its major attraction is the Pena National Palace. Among other great monuments of Sintra, there is the Castle of the Moors. Built in the 9th and 10th centuries, it was an important Moorish strategic point perched on top of the Sintra Mountains that controlled the main ways connecting Lisbon, Sintra, Mafra and Cascais.

During the following centuries, the castle had frequently changed hands between the Muslims and the Christian knights and back, until the Moors surrendered to Afonso I in 1147. His son, Sancho I, reconstructed the castle and built the parish of São Pedro (Igreja de São Pedro) within its walls. But in the 15th century, the majority of the inhabitants abandoned the castle for the old village of Sintra. The castle had lost its military importance and was progressively declining. The final blow was delivered by the natural forces: after the lightning strike that destroyed the tower, the castle was also damaged by the 1755 Lisbon earthquake. 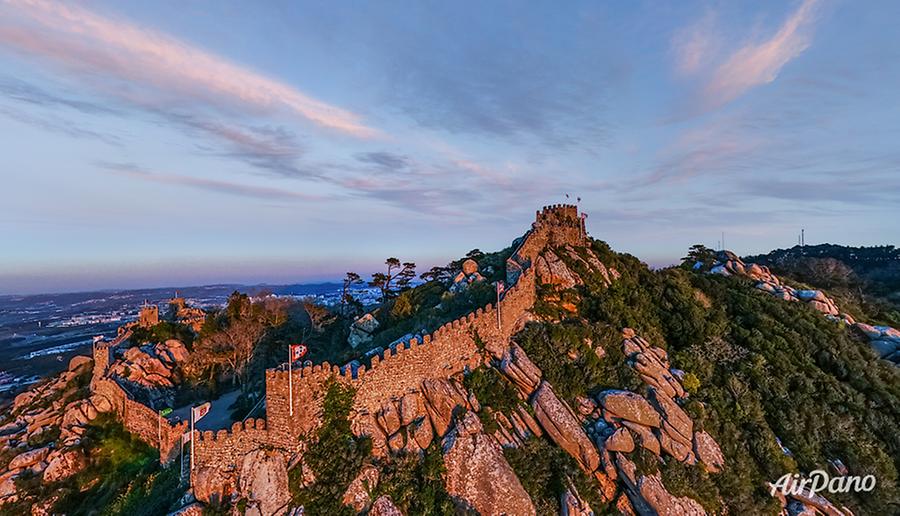 In 1840, Ferdinand II of Portugal took up the task of improving the condition of the castle, giving the walls and towers the air of the Medieval Romanticism. In the middle of the 20th century, the towers were newly strengthened and now this great architectural monument is available for tourists. This place offers a wonderful view of Sintra and the ocean.

The Sintra National Palace was built at the same time as the Castle of the Moors and in the same way, was conquered by Afonso I. But the architecture of that time had not survived: the present look, combining Moorish, Manueline, and Gothic styles, was given to the castle in the 15th — beginning of the 16th century. 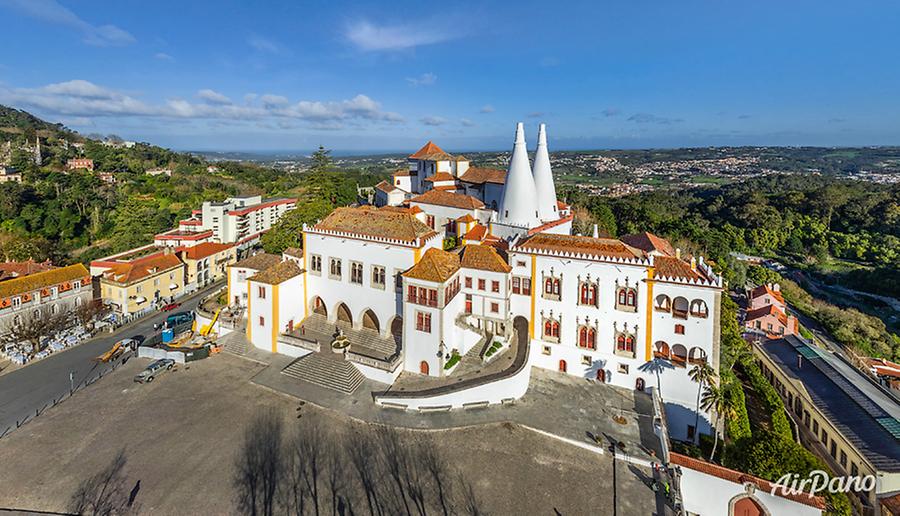 The unusual landmark of Sintra is the Clock Tower (Torre do Relógio). Previously, it was a part of a prison, and its bell not only noticed the timing but also the alarm in case of a breakout. In 1911, the prison left these premises and now this building houses a post office. The initial look of the tower is unknown: it was one of the numerous objects destroyed by the 1755 Lisbon earthquake. Now, Torre do Relógio is a bright example of the Pombaline architecture. This style was initiated by the first Marquês de Pombal who found the way to strengthen the buildings by using tiles. 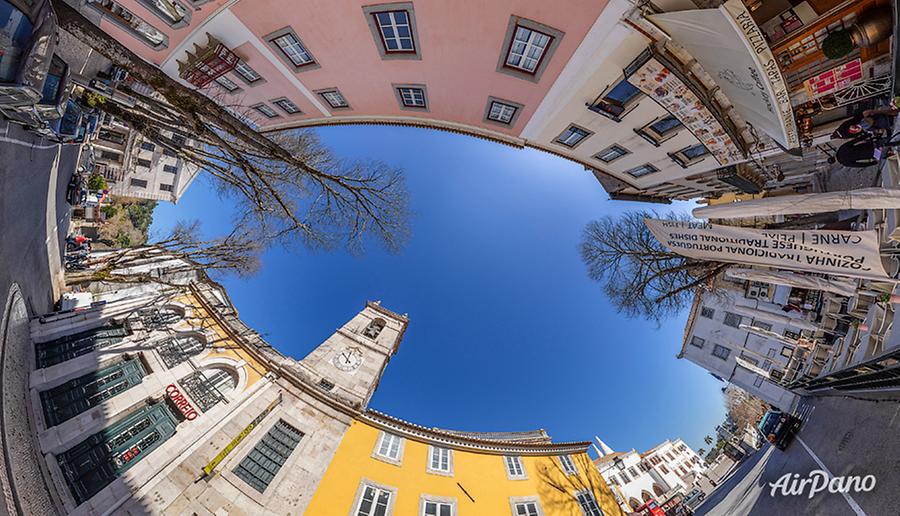 Quinta da Regaleira, the complex of a palace and a park, is a bright and mysterious landmark of Sintra. The first reference to this place is dated 1697 when a man named José Leite purchased a property on the edge of the town. More recent records reflected the name Quinta da Torre ("Tower Estate") but which tower was referred to is unknown. In 1892, the estate was acquired by Carvalho Monteiro who initiated a major reconstruction. The result of this rebuilding that lasted for more than 100 years is a wonderful Neo-Gothic palace surrounded by a gorgeous garden and decorated by towers, eagles, gargoyles, and the symbols of Masonry, such as a 30-meters deep inverted tower. It can be compared to a well that was used for Masonry ceremonial purposes. The name of the estate refers to "regal", which is Latin for "royal". 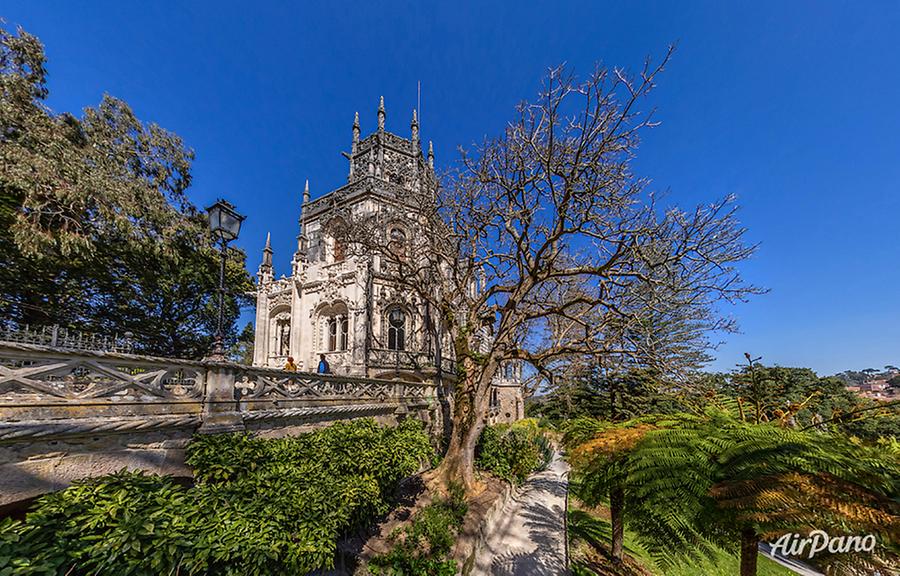 Have a tour to the wonderful town of Sintra together with AirPano! 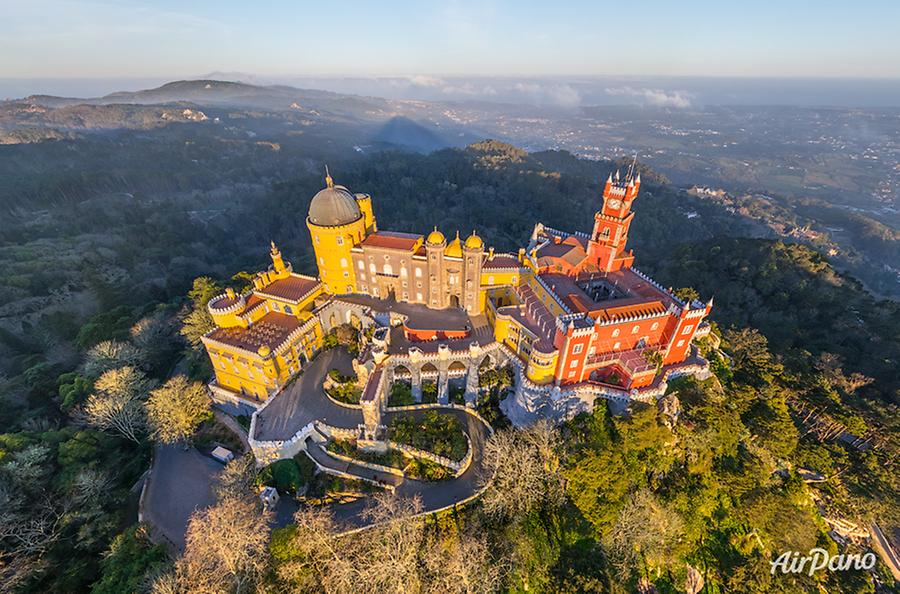