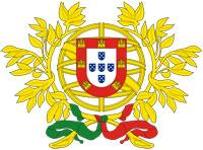 Following its heyday as a global maritime power during the 15th and 16th centuries, Portugal lost much of its wealth and status with the destruction of Lisbon in a 1755 earthquake, occupation during the Napoleonic Wars, and the independence of Brazil, its wealthiest colony, in 1822. A 1910 revolution deposed the monarchy; for most of the next six decades, repressive governments ran the country. In 1974, a left-wing military coup installed broad democratic reforms. The following year, Portugal granted independence to all of its African colonies. Portugal is a founding member of NATO and entered the EC (now the EU) in 1986.