Photos by Stanislav Sedov and Dmitry Moiseenko, members of the AirPano Team that is a member of the global-geography Consortium.

At the westernmost corner of Europe, there is the cosy and charming town of Cascais. According to a major version, the name of this settlement goes back to "monte de cascas" meaning "seashell mountain". It recalls the fishing history of Cascais and its famous shellfish, but now this name is primarily associated with the popular resort. 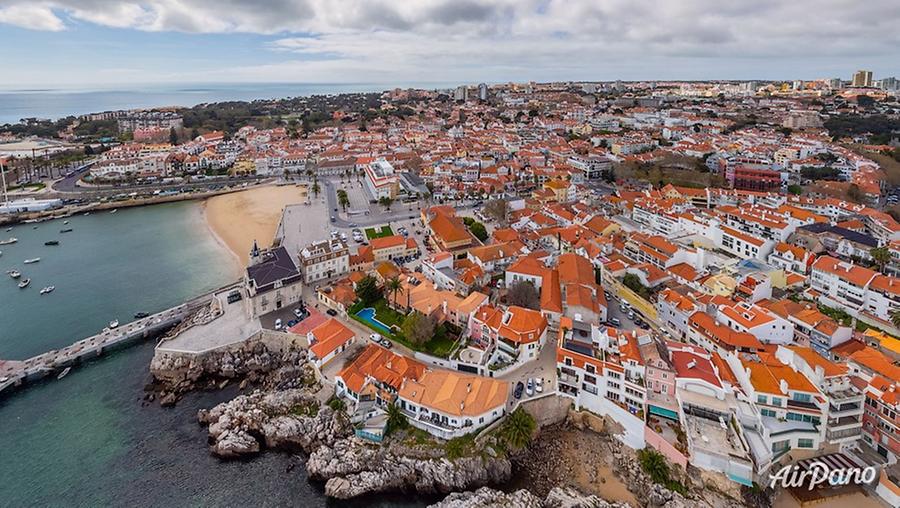 1356 is considered the year when Cascais was founded: earlier it had been a fishing village under the control of Sintra, but King Peter (Pedro) I the Just approved the petition of local residents for an independent status of the settlement.

Cascais had achieved total independence from Sintna by 1516, and from that time it began to develop as one of the main ports of the kingdom. Its excellent geographical position had a major influence in that process: it is located on the shores of the Atlantic Ocean and, at the same time, on the western edge of the mouth of the Tagus River. Ships heading inland went through Cascais, and this town, in its turn, became an important strategic point in the defence of Lisbon.

On November 1, 1755, a powerful earthquake turned Lisbon into ruins; the same fate befell Cascais that had become prosperous by then. The rehabilitation of the country was carried out by the Marquis of Pombal, prime minister of King José I. He successfully coped with his task and even strengthened the economy of Cascais by establishing the Royal Factory of Wool in the village.

King Luís I of Portugal wrote a new chapter in the history of the town, making Cascais the summer residence of his family in 1870-1908. Following him, the nobility came here to rest and build magnificent mansions for themselves. One of them is located right on the coast: this is the palace of the Dukes of Palmela, designed by the architect Thomas Henry Wyatt in the English neo-Gothic style. Initially, the building was surrounded by a giant park but the railway that connected the city with the Portuguese capital cut the territory into pieces.

One of the most famous beach destinations in Cascais is Queen's Beach: it is a 50-meter-long fenced-off area with a stone in the middle. They say that it was the place most preferred by Maria Amelia of Orleans, the last queen of Portugal. 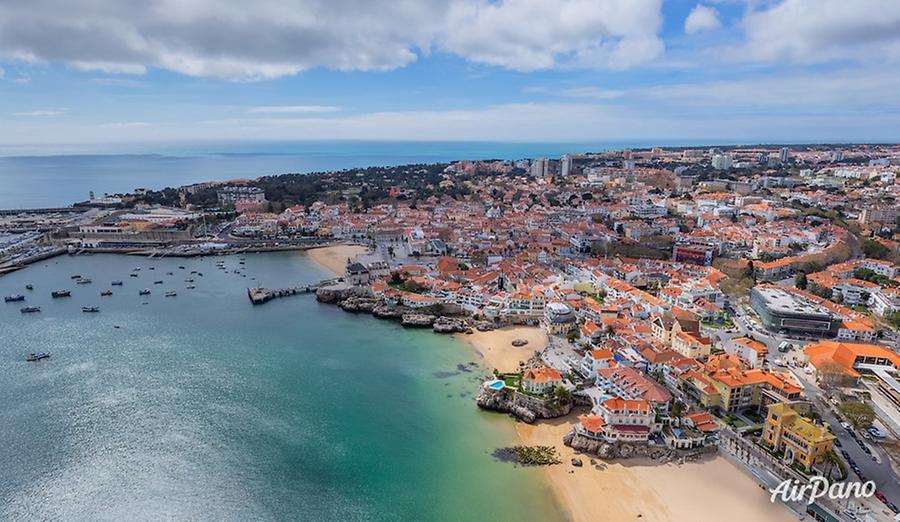 The growing popularity of Cascais as a resort caused more and more hotels to appear here and even skyscrapers grew on the coast. Modern shopping malls and road junctions coexist with cosy houses that delight the eye with their bright orange roofs. A large 650-berth marina opened in 1999; many sailing events are held here.

We hope you enjoyed your holiday trip with AirPano to the westernmost part of Europe! 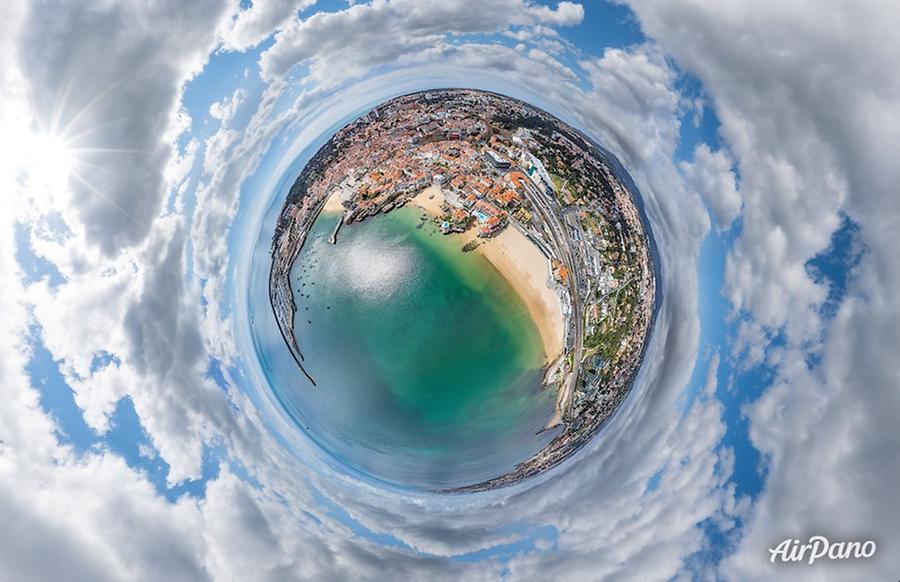