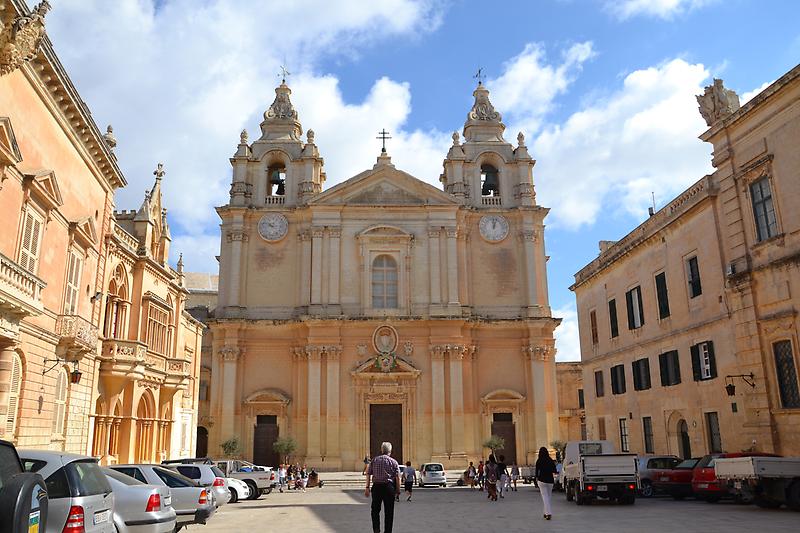 Mdina Mdina, Malta , also called the "Silent City", is a medieval walled town situated on a hill in the centre of the island. Nowadays only 240 inhabitants still live in the former capital of Malta. Romans founded Mdina around 200 B.C. and named the city Melita. Mdina owes its present architecture to the Arab period, from 870 until the Normans conquered Malta in 1091. They surrounded the city with thick defensive fortifications and a wide moat, separating it from its nearest town Rabat.