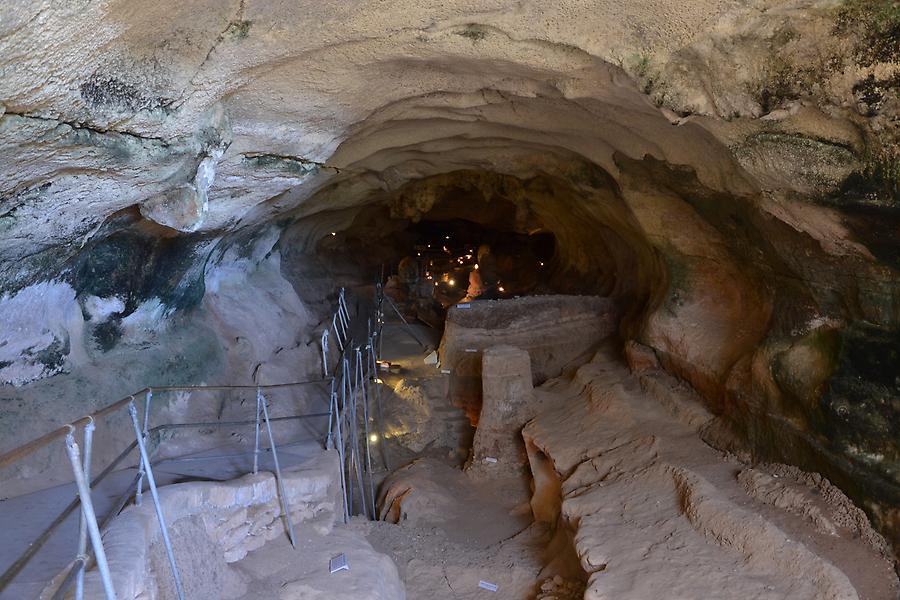 The cave of Għar Dalam Għar Dalam , which means "Cave of darkness", is probably the most famous karst cave in Malta. The cave has a lenght of 214m of which about 144m are accessible, of these, only the first 50m are open for the public. During excavations bones and teeth of red deer, dwarf elephants and hippopotamuses were found. Not only finds of animals were identified, but also signs of human habitation. Estimates state that people lived in the cave since 5.000 BC, fact is that the last inhabitants were expelled in 1911.