Vatican City is the smallest independent state in the world with a total area of 0.44 square kilometers and the total length of the state border of 3 kilometers.

The "border" is quite symbolic. It's a white line on the pavement along the outer perimeter of St. Peter's Square and the defense wall built in the XVI century to prevent trespassing. Actually, this type of wall surrounds any monastery or a bastion. Vatican has neither border guards nor passport control, but it has a certain dress code. Since Vatican is a religious country, visitors are supposed be dressed appropriately (no shorts or cleavage). However in general, Vatican and its majestic monuments belong to a long list of Rome landmarks.

Vatican has almost two thousand years of history. Mons Vaticanus hill was here in the past; the name is translated from Latin as "the place of divination." It was considered sacred in ancient Rome. The Circus of Nero was built here, a place where the ruthless emperor tortured his victims. Also, it was in this circus that Saint Peter met his death. In 326 A.C., when Christianity came to this land, Constantinian Basilica was built atop of alleged tomb of Saint Peter, which gave start to Papal State. 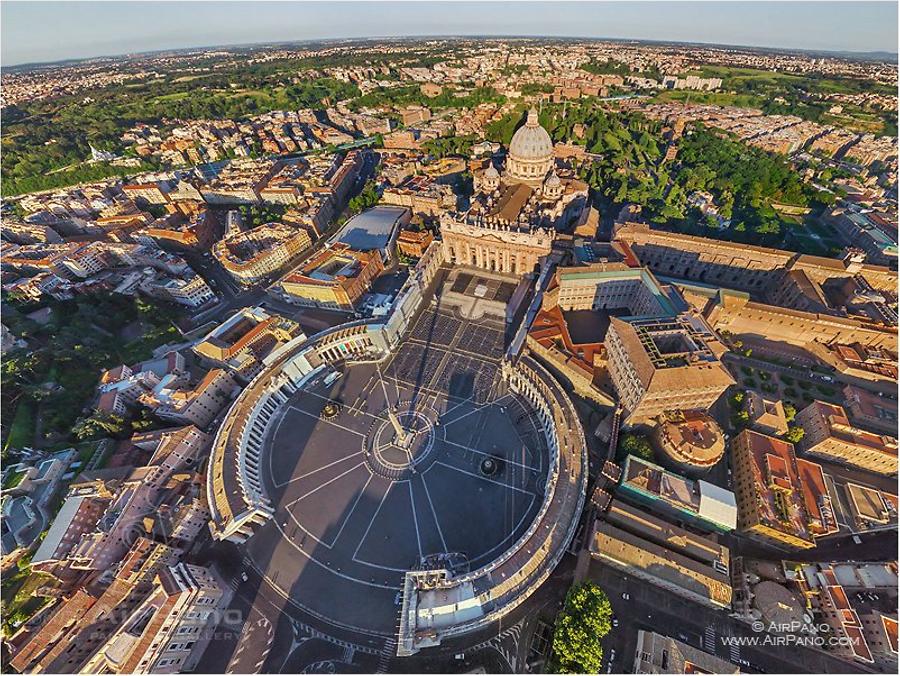 It rapidly expanded, and by the end of XIX century it occupied most of the Apennine peninsula. In 1870 the Kingdom of Italy seized the papal lands. At that time the Pope locked himself in the Vatican Hill, declaring himself a prisoner. It took six decades to settle the political confrontation between the Italian Government and the Papacy. So in 1929 Vatican City State became a sovereign territory of the Holy See.

Despite its small territory, Vatican City has fabulous treasures. The treasures have accumulated gradually, and over time this collection has grown so much that now it requires separate museums. So today the main Vatican landmarks contain priceless works of art, created by famous artists and sculptors. 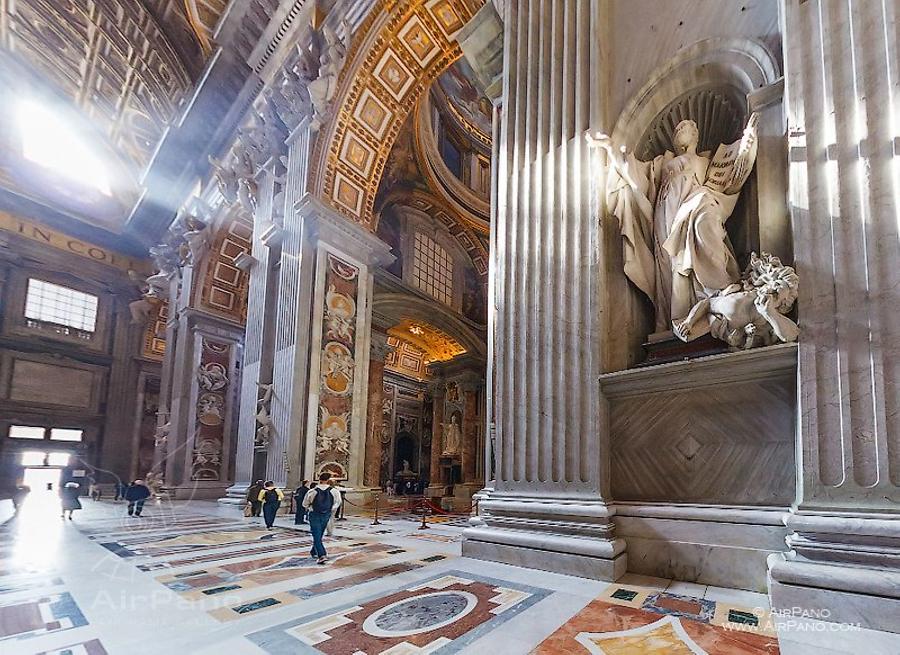 Famous St. Peter's Basilica in Vatican City is more than just a tourist attraction. It's the heart of the country, a symbol of Catholicism and, until recently, the largest Christian church in the world. It employed several generations of great artisans, including Raphael and Michelangelo.

The church has the internal floor area 15160 square meters (with total area about 23000 square meters). Its height is 133 meters and length is 211.5 meters (with portico). The dome sits on top of four heavy pillars; it has an inner height of 119 meters and 42 meters in diameter. St. Peter's Basilica in Vatican City has given up its first place only recently. In 1990 a church in the capital of Cote d'Ivoire, an African country, surpassed it in size. But even this largest Christian church was built after St. Peter's Basilica in Vatican City! 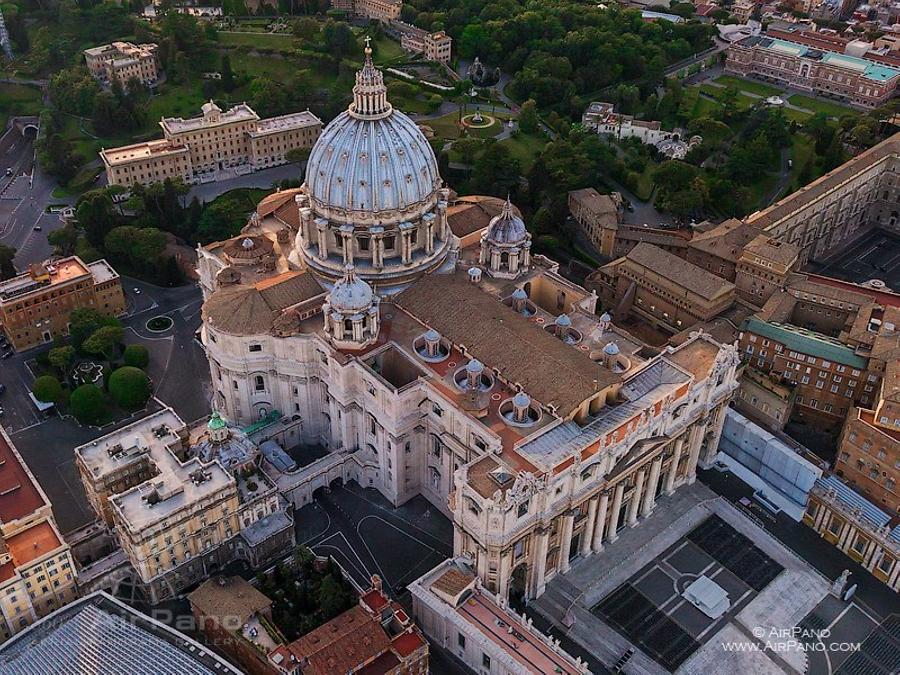 And of course, we should mention the giant Cathedral Square, which was built to accommodate maximum number of believers. It's a world masterpiece of urban planning. It has monumental fountains and an obelisk, which contains pieces of the Holy Cross. At nighttime the square is illuminated, creating a special atmosphere in this sacred place. 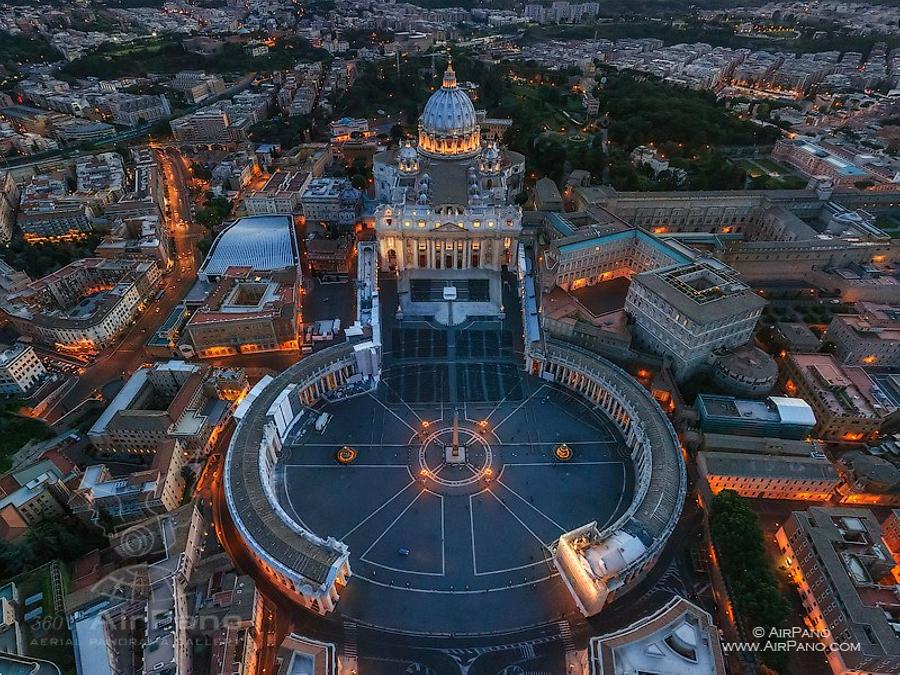 Of course, Vatican City is more than just a church, the square, and museums. Over a half of the city-state territory is filled with gardens established during Renaissance and Baroque era by order of the Pope. Most of the gardens are well maintained, but there are wild areas with dense thickets of oak, cypress and other wild trees. There are bats, snakes, rabbits, and birds in the gardens! As well as Pontifical Academy of Sciences, Pius IV villa decorated with mosaics, palaces, towers, college, and the Vatican Railway: cleanest and most un-crowded train station in the world.

These (and many more) parts of Vatican City are not open for tourists. However, now you can see them on our aerial panoramas.