Our virtual tour will show you a picturesque Italy, with its ancient history and rich heritage, based on 3 cities: Orvieto, Cortona, and Siena. Today we offer you one of three virtual tours of the city of Siena. 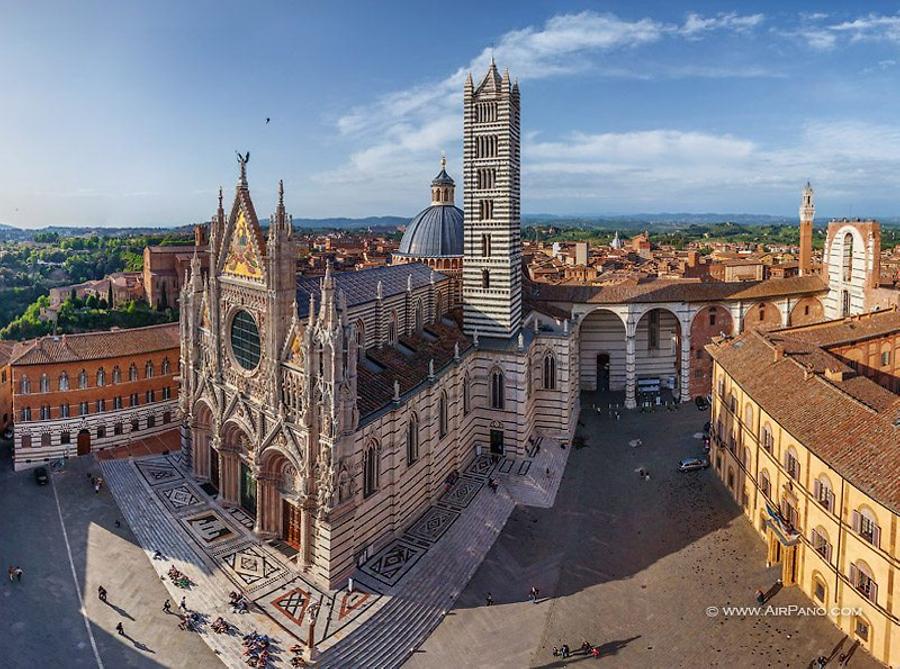 According to legend, Siena came into existence thanks to the twin nephews of the legendary Romlus, the founder of Rome. The brothers Senius and Aschius found refuge on top of the Tuscan hill, where later a city was built bearing the name of one of the brothers.

Today Siena occupies three hills, as it is one of the most popular travel destinations in Italy. The city owes its international fame to its medieval heritage: UNESCO protects unique monuments of the historical period.

Siena is not a typical Italian city. Its grim medieval atmosphere sets it aside from other cities. The unique architectural ensemble of Siena includes the brown walls of the gothic Pinacoteca, with paintings dating back to the 13th — 17th centuries; the arched gallery of the old St. Catherine of Siena house; the austere-looking Church of San Domenico; the 88-meter-high Torre del Mangia tower, which is a symbol of the city of Siena; and the shell-shaped Piazza del Campo.

Historians believe that the harmonious look of the city was made possible due to the ongoing competition with nearby (50 kilometers north) Florence. Both cities have constantly fought for superiority in the Tuscany region. The city of Florence won the "battle", and Siena seemed to freeze in time, retreating into the shadows of history. 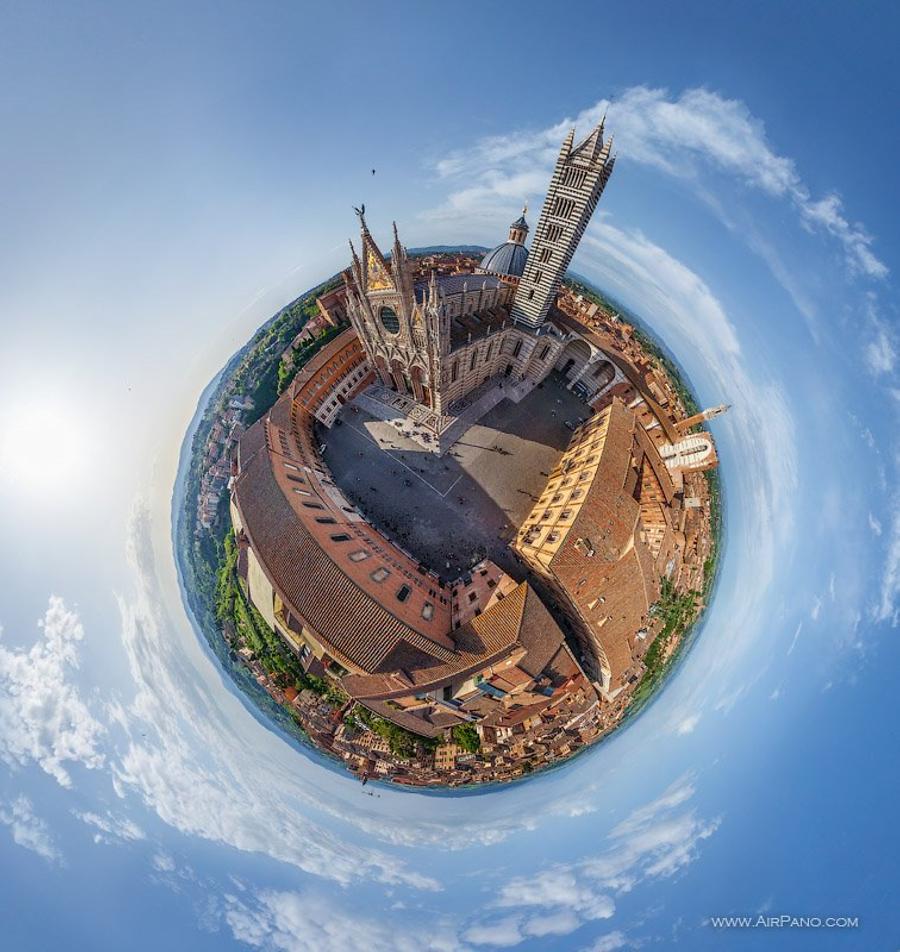 The most important and famous landmark of the city is Siena Cathedral (Duomo di Siena). It was built in the middle of the 13th century on the site of the Goddess Minerva's sanctuary. The story of the cathedral illustrates the competition between Siena and Florence. In 1339, a century after construction was finished, the citizens of Siena decided that their cathedral must surpass in size not only the Basilica di Santa Maria del Fiore in Florence, but also St. Peter's Basilica, located within the Vatican City. They put together a plan for a massive expansion of the Duomo di Siena. However, in 1348 the Black Death took the lives of most of the city's population, which halted the construction work at an early stage. Although a fragment of one of the "new" walls has survived till the modern times, the ambitious plan never really came to life. The wall now serves as an observation point for tourists. 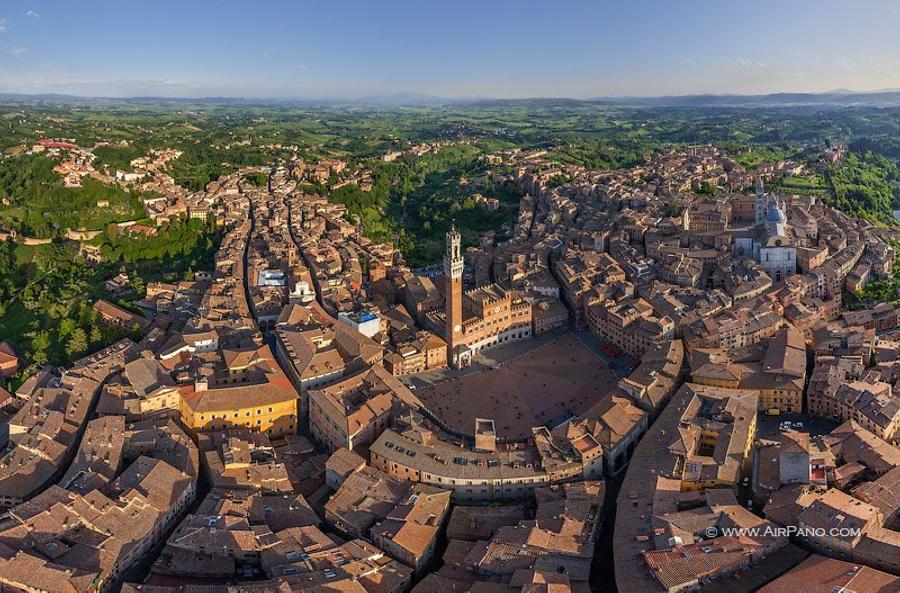