Our virtual tour will show you a picturesque Italy, with its ancient history and rich heritage, based on 3 cities: Orvieto, Cortona, and Siena. Today we offer you the first of three virtual tours of the city of Orvieto. 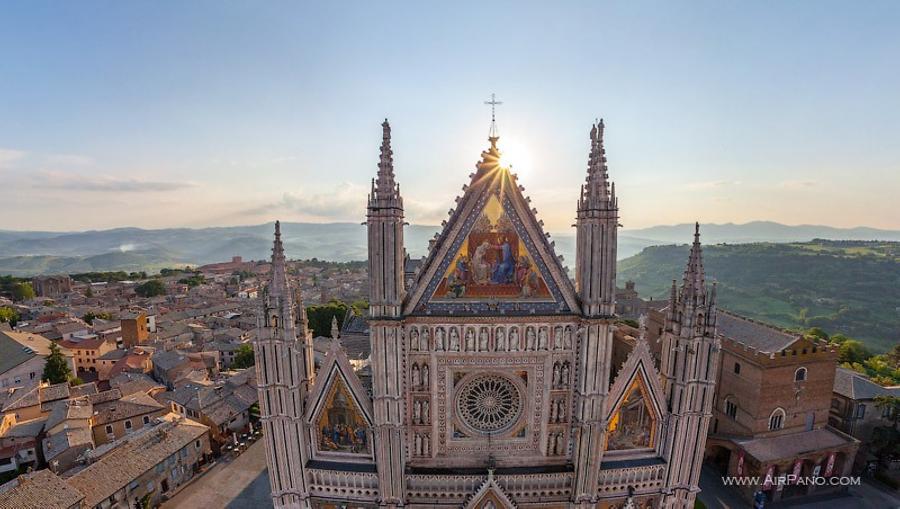 In the southwest part of Ubmria, situated on the flat summit of a large butte of volcanic tuff, there is the small city of Orvieto. The Etruscans founded the city, which was later on taken by Rome. Thomas Aquinas, a famous philosopher and theologian, taught here at the end of the 13th century. The city of Orvieto was under the Papal rule up to the middle of the 19th century, after which it became a part of united Italy. 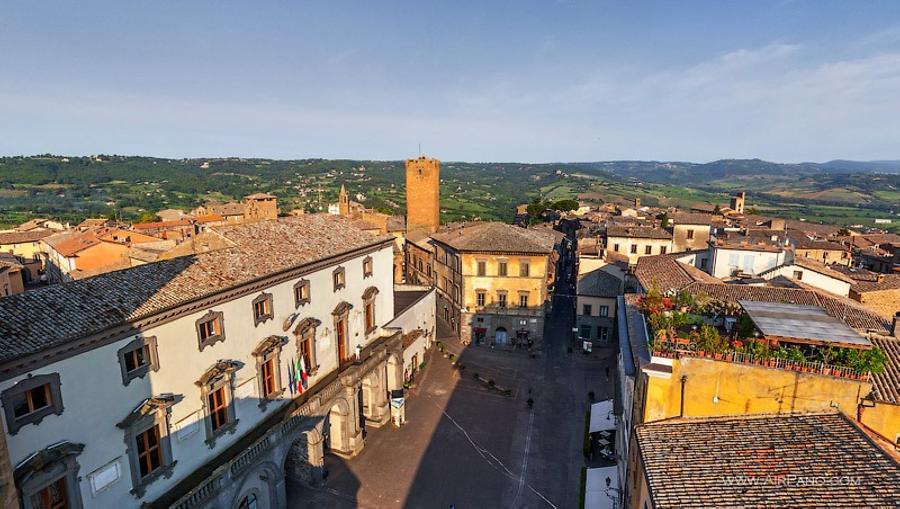 Unique landmarks are hidden behind every corner of the city: there are fragments of the 2,000-year-old wall built by the Etruscans in Orvieto as well as a necropolis. The underground of Orvieto is yet another unusual historical monument. Although we only photograph panoramas from a bird's eye view, the underground labyrinths are worth mentioning. They came to life over 3,000 years ago when local people dug caves to store food or search for tuff, which was used to build their houses.

In addition to the secret underground city (it is now open for tourists), Orvieto also managed to preserve other ancient relics. For example, the San Giovenale church, built in 1004 over a pre-existing pagan temple of Jupiter, is the oldest church in Orvieto and is one of the oldest churches in the entire Italy.

The 13th century architecture includes the papal palaces, the Palazzo del Capitano del Popolo palace, and the Roman-Gothic Cathedral (Duomo) with mosaics, stain glass windows, and sculptures. A century later the Albornoz fortress was built in the city (it was destroyed quickly after construction and then restored again). The Pozzo di S. Patrizio or "Well of St. Patrick" (62 meters long and 13 meters wide), which served as a refuge for the Pope in the 16th century, still leaves modern engineers in awe. 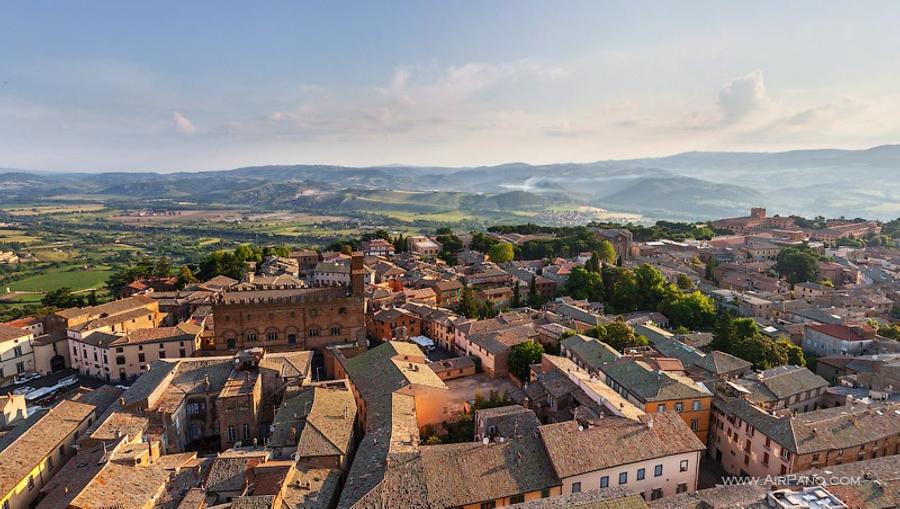 Modern day Orvieto consists of two parts: the old town on top of the hill and the new one located on the lower level. The city of Orvieto is also called a "slow town" — people here prefer a slower pace of life, enjoying the present moment without stress or hassle.