The Pacific state of Palau is an archipelago consisting of more than three hundred islands. The largest of them occupies 374.1 km² or 70% of the area of the entire country. The rest of the islands can be very tiny, but one of them is known to divers from all over the world. Under the island of Ngarol, which cannot even be seen on a regular map, there is a stunning underwater cave named Chandelier.

It appeared many centuries ago: rainwater constantly seeped through the limestone that forms the surface of the island and the result of erosion was cavities filled with air. After the last ice age, the water level rose, and this is how a cave system consisting of five chambers appeared. Four are filled with water, and the last one, the smallest, is land. 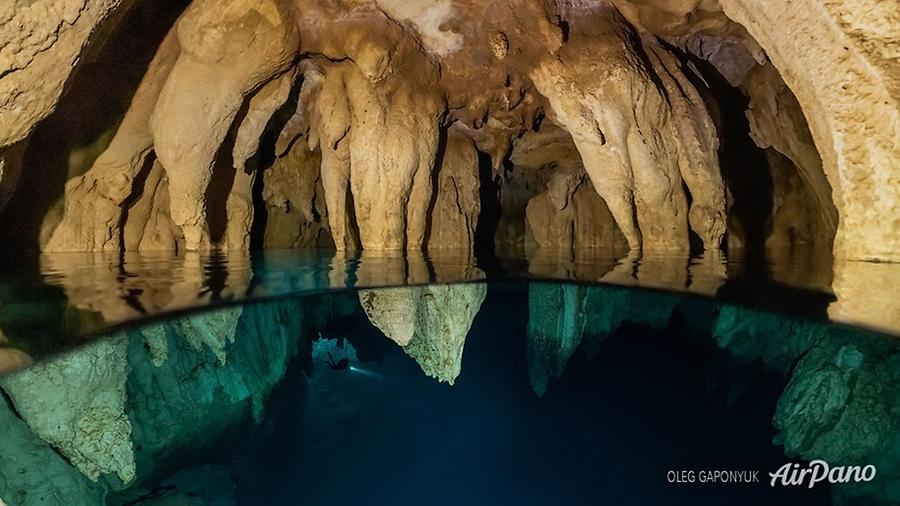 The locals call the cave "Iiel Temekai" meaning "The cave of Sebastes". Perhaps, many fish used to live here, but since then the main attraction has changed. For divers, this place is called "Chandelier cave". The calcined water created stalactites and other limestone formations. They have taken on a variety of forms, and if you apply your imagination, the clusters can resemble lighting appliances. "Chandelier" is the official term for this kind of stalactite, but here the outgrowths are so picturesque that they gave the name to the whole cave.

The entrance to this amazing underwater world is at a depth of about 4.5 meters, and the diver immediately plunges into a parallel reality. Stalactites cover the walls not only above the water, but also below its surface too, and every candelabrum is unlike any other.

Having dived into the first chamber, you can swim to the very last one without haste, rising above the water and viewing these wonders of nature from all sides. Even the passageways between the chambers are full of fantastic figures! 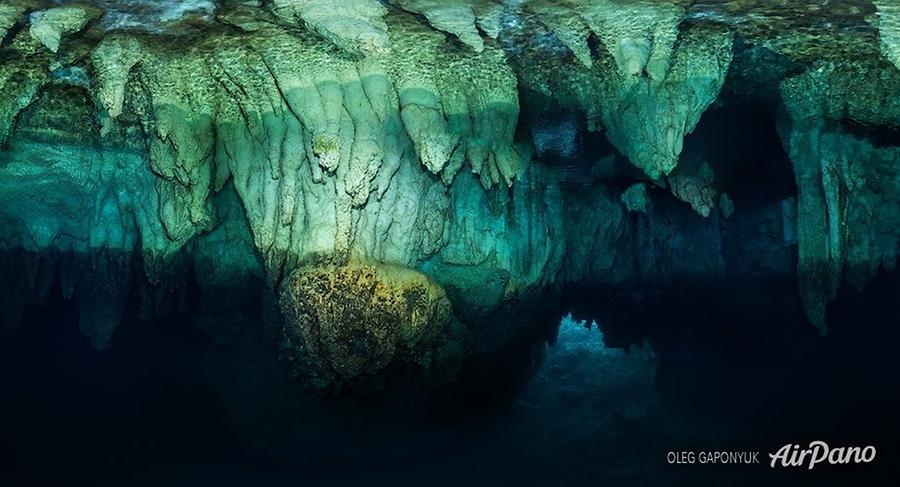 In each chamber between the surface of the water and the stalactites hanging from above, there is an air space ranging from half a meter to several meters. Depending on high and low tide, the height of the air chamber can change by about 1-2 meters. While visiting this place in the morning and returning in the afternoon, you may simply not recognize it! Some air chambers are quite small in size, so you can barely stick your head out of the water and look around, while others can resemble a moderate room. Among the guides, this kind of entertainment is popular: swim up to the stalactite and lick with your tongue a drop of freshwater that has seeped through the thickness of the earth.

A distinctive feature of this place is the easy access: the cave is located 5-10 minutes by boat from the diving centres located on the island of Malakal near the tourist capital of the country, the city of Koror. 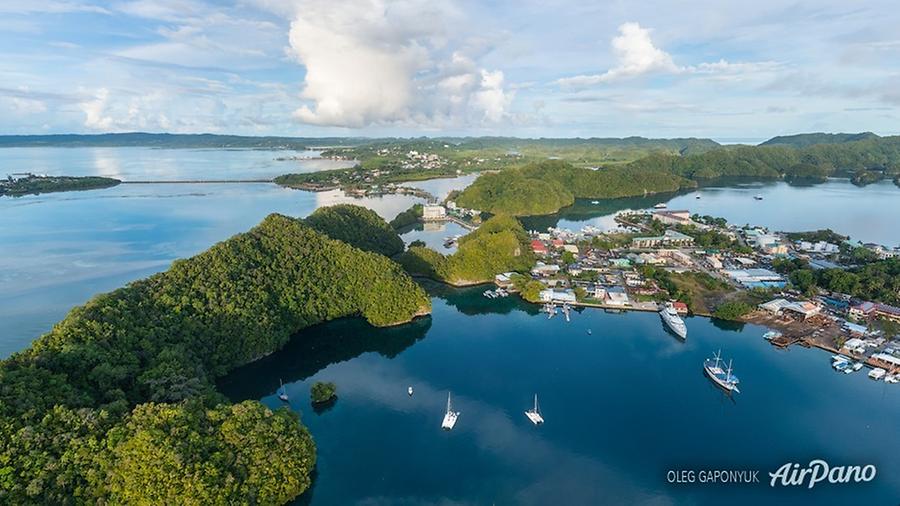 It is better to enter the cave when there are no groups of divers: then you can enjoy exploring the fantastic natural formations alone.

In the fourth, the last and smallest chamber of the cave, there is a small inconspicuous hole in the wall, located about a meter above the water. This is a little-known passage to the fifth chamber, overland. To visit this hall, you will need to first undress in the water, take off the cylinders, fins, masks, take a flashlight, climb the wall, and then crawl through this narrow hole several meters through the mud. And after that, another cave will open at the exit, but this one without water.

The air here is stale and it is rather difficult to breathe, but still, it is possible. And as compensation for all the suffering, you will see a small beautiful chamber with stalactites and stalagmites. The impression of the image of the discoverer will only be spoiled by the "Vasya was here" inscriptions written in different languages.

The process of removing equipment and crawling along a narrow hole is time-consuming, especially considering that afterwards all this must be done in the reverse order, and there is not much space. Therefore, the fifth hall can only be accessed by a small group, so it is better to take a private guide. Due to the complexity of the equipment delivery and the limited time, we did not take pictures in the fifth hall.

And seen from above, the island looks like a beautiful green oasis in the middle of the endless ocean, and there is no sign of what kind of treasure is under its surface.