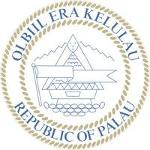 After three decades as part of the UN Trust Territory of the Pacific under US administration, this westernmost cluster of the Caroline Islands opted for independence in 1978 rather than join the Federated States of Micronesia. A Compact of Free Association with the US was approved in 1986 but not ratified until 1993. It entered into force the following year when the islands gained independence.