by: Dmitry Moiseenko and Stas Sedov, members of the AirPano Team that is a member of the global-geography Consortium.

Istanbul is a wonderful city with unique history. Being the former capital of the Roman, Byzantine, Latin and Ottoman Empires, the modern Istanbul has lost the status of the capital, but it is still the third largest city in Europe. 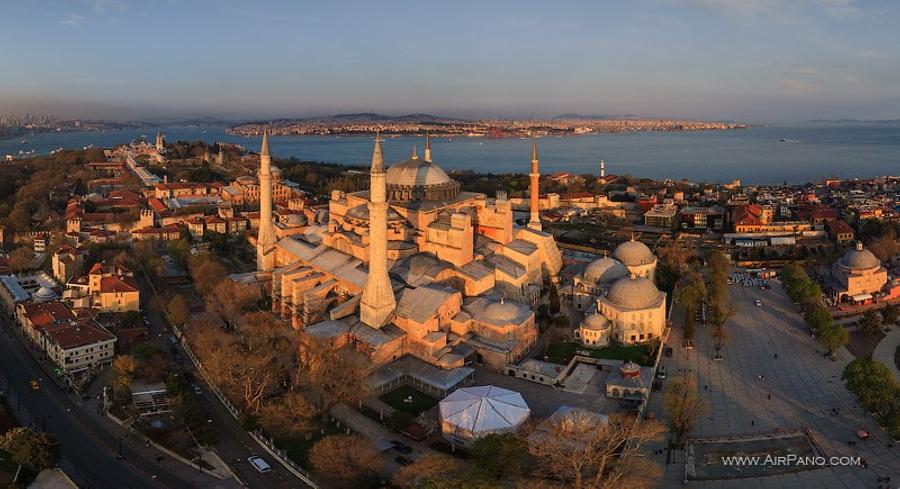 The interesting fact about the city is that having the population of 14 million people, Istanbul has around 13 million visitors annually. The Bosphorus strait splits the city into the European and the Asian parts. Each of them has preserved monuments of different epochs and has its unique atmosphere. In addition to magnificent mosques, the monuments of the Roman-Byzantine period are of exceptional interest.

Above the Galata Bridge

By the first half of the 5th century Constantinople (the name for Istanbul between 1453 and 1930) had spread beyond the walls designed by its founder Constantine the Great. In order to protect the city from barbarians, Theodosius the Second ordered to build a new wall which length was 5630 meters at that time. In the end of the 19th century the walls began to be demolished as they bounded the continuing growth of the city. But, fortunately, several sections of that wall were restored with the support of UNESCO. 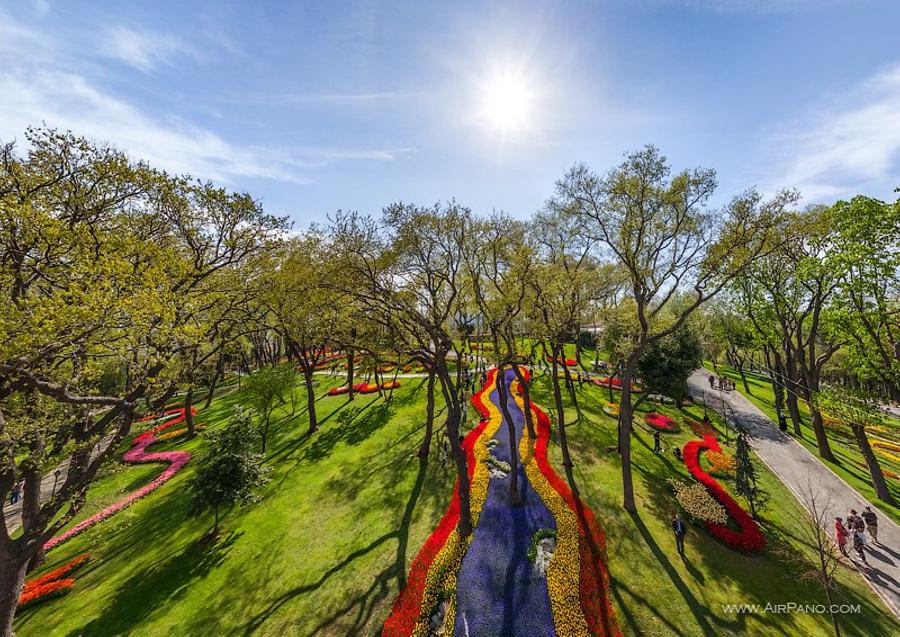 Another witness of antiquity is the 17-meters tall Roman triumphal column in Fatih district. It was erected in the middle of the 5th century and was dedicated to the Byzantine Emperor Marcian. Meanwhile, the local name for the column is Kiztasi, the Turkish for "The column of the girl". Apparently, this name was born in the Ottoman period and refers to the winged female figures represented on the pedestal. But there is also a legend that the column tilted every time when a girl who secretly lost her virginity walked by. 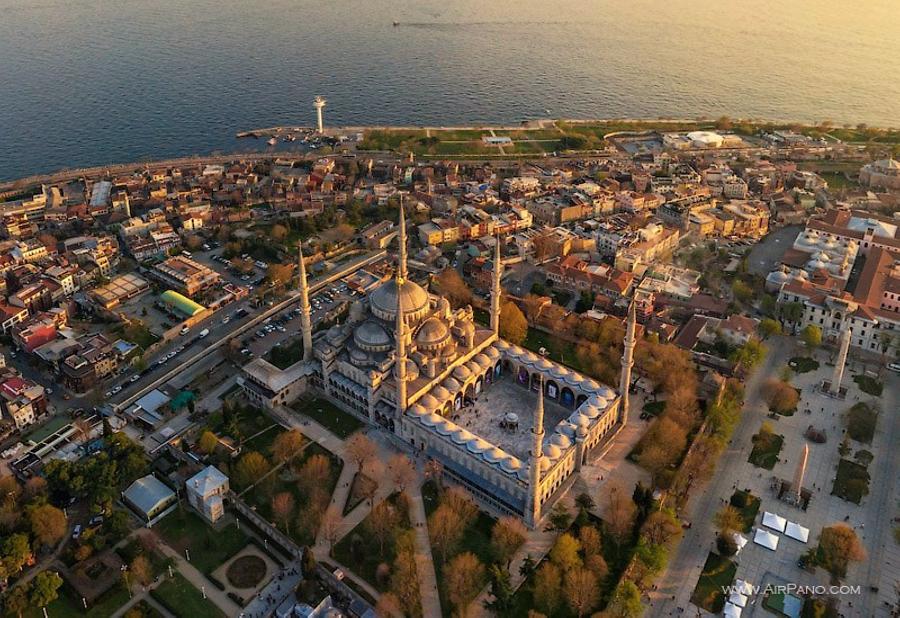 Not far from this column stands the Valens Aqueduct, built in 368-375. Having connected two neighboring hills, it had become a significant step in the development of the water-supply system of Constantinople. The initial length was more than 1000 meters with the height of 26 meters. The present-day remnants of the aqueduct have 971 meters in length and 20 meters in height. Right up to the middle of the 19th century, the lead pipes integrated in the aqueduct served to provide the city with water. Nowadays, the aqueduct is a popular tourist attraction of Istanbul.

The place of the ancient hippodrome built by the Romans in 203 is currently occupied by Sultanahmet Square — the main square of Istanbul. It consists of two parts: the square between Hagia-Sophia and the Blue Mosque and the square of Hippodrome itself. Columns and obelisks of the Byzantine period and even the German Fountain presented by Kaiser Wilhelm the Second are still remarkable sights of the square. 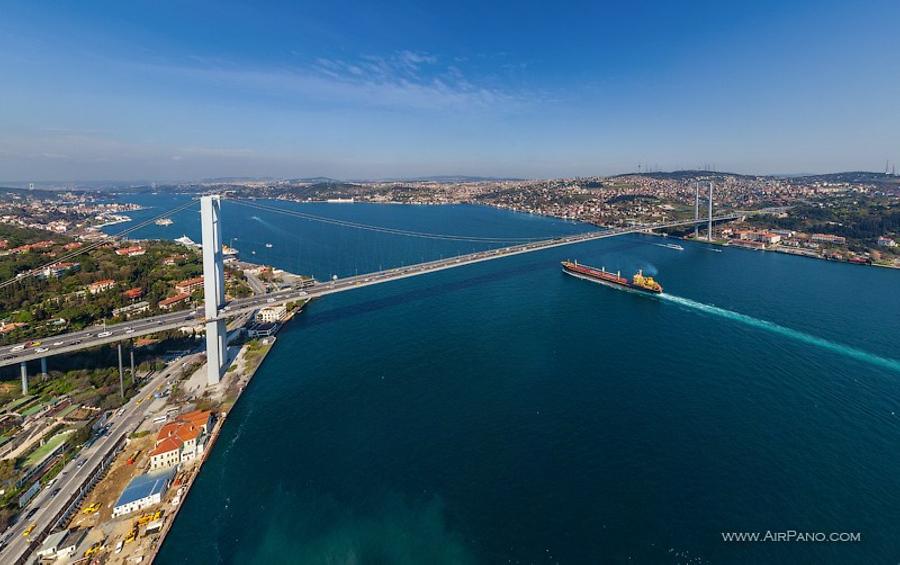 The most ancient Turkish monument of the city is the Anatolian Castle, sometimes referred as the Anadoluhisari, situated in the Asian part of Istanbul. Among other Byzantine temples we can't help mentioning the Church of the Holy Saviour in Chora and the Church of Theotokos Pammakaristos where the large collections of mosaic have been preserved, the bigger collection can only be found in Hagia Sophia Basilica. One of the most famous palaces of Istanbul is the Topkapi Palace. Having a total area of 700 000 sq. meters, it is situated at the confluence of the Bosphorus, the Golden Horn and the Sea of Marmara and surrounded by the 1400-meter long wall.

All this is only a part of a huge number of Istanbul landmarks. But even all of them taken together can not be compared to the fame of Hagia Sophia Basilica. It had remained the largest Christian cathedral for more than a thousand years, with the height of 55.6 meters and the dome diameter of 31 meters, until the Saint Peter's Cathedral in Rome was built.

We have already shown you Hagia Sophia Cathedral as a part of our previous tour in Istanbul, but the new panoramas will help you to get better acquainted with the outstanding creations of ancient architects and many other monuments of the city.

We are very grateful to our guide Ataman Cagri Ozturk, who signigicantly helped us in obtaining flight permission for our photo shoots.