Comparing to Moscow and many other Russian cities, Saint-Petersburg is rather young. At the time when either Yaroslavl or Vladimir, either Moscow or Suzdal were in the centre of the Russian history, the area of present-day Petersburg was occupied by settlements of hunters, fishermen and farmers. But the territory itself (the mouth of the Neva River and the shore of the Neva Bay) was rather convenient from any point of view. In the 8th-13th centuries the trade route from the Varangians to the Greeks, connecting Scandinavia and the Byzantine Empire, ran through the Neva River. So it was rather profitable to have fortified constructions right in this place. That was why the Swedes, our closest neighbours, were engaged in long lasting wars for the ownership of these lands. 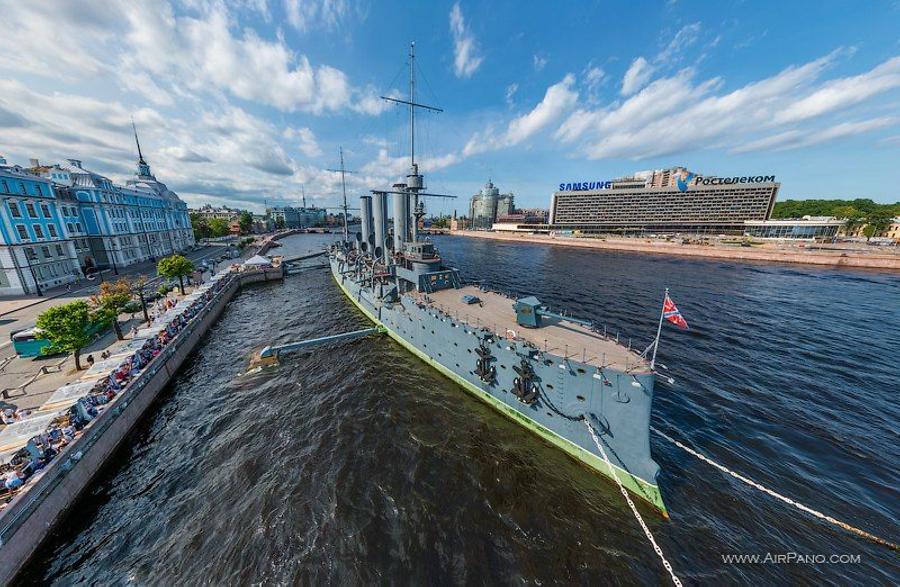 1 May 1703 (12 May, N. S.) is considered to be the historical date for Saint Petersburg: Nyenschantz fortress, which was in possession of Sweden at that time, was occupied by Russian soldiers, and this time for good. The construction of the Russian fortified frontier played an important part in these events. Having studied the map of the Neva delta, tsar Peter the Great chose Zayachy (Hare) island and on 16 May (27 May N. S.) he laid down the Peter and Paul Fortress.

"From here, indeed, shall we strike terror in the Sweden" — that was the way Alexander Pushkin characterised the intention of Peter, and there was a reason. The Peter and Paul Fortress had never taken part in military operations itself; the only presence of the fortress was enough to bear influence. Meanwhile, in 1721 the military issues stopped being important anymore due to the end of the Great North War which redrew the map of the world. As a result, the Russian Empire, which had got an access to the Baltic Sea and possessed mighty army and flotilla, appeared on the map of Europe. 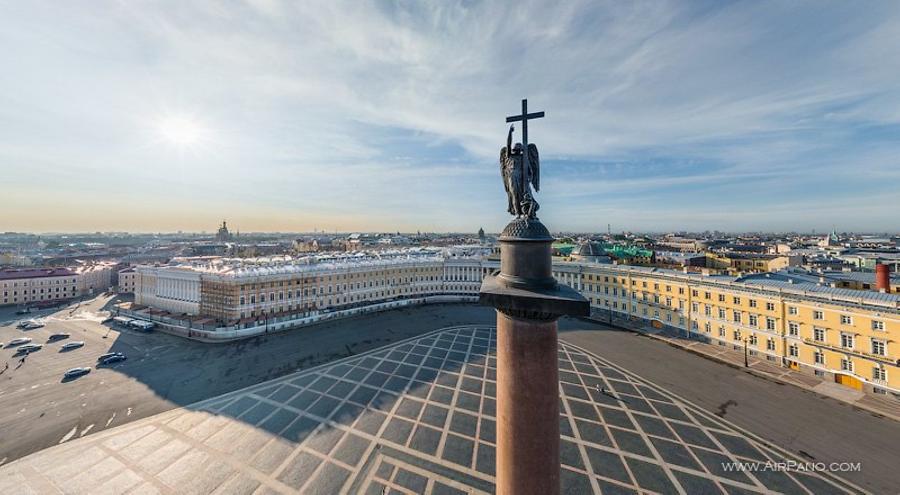 Statue of an angel of the Alexander Column

Saint Petersburg became the capital of that Empire. The city was built around the fortress named after Saint Apostle Peter. The construction was carried out along the Neva River by draining swamps in its delta. The buildings were made of both stone and wood. Although the city was not terrified by Swedes anymore, the life was not that quiet. The buildings suffered continuous fires and floods. At some point of time the water reached more than 3 meters above the level of the river, causing irreparable damage to the city and its inhabitants. 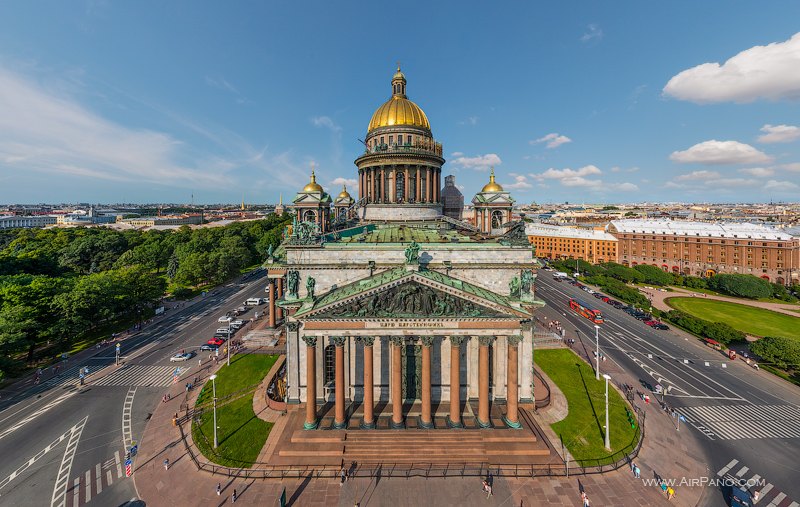 By the end of the 18th century many buildings of Peter's Petersburg had become dilapidated. Very few "evidences" of that time has remained till nowadays (Kikin Chamber is one of them). All other sights that now are included in the list of landmarks of the city are the result of the latter town-planning policy. In 1737, according to the order of Anna Ioannovna, the "Commission for construction of Saint Petersburg" was established. Later, in 1762, it was replaced by the "Commission of Stone Buildings of Moscow and Saint Petersburg". 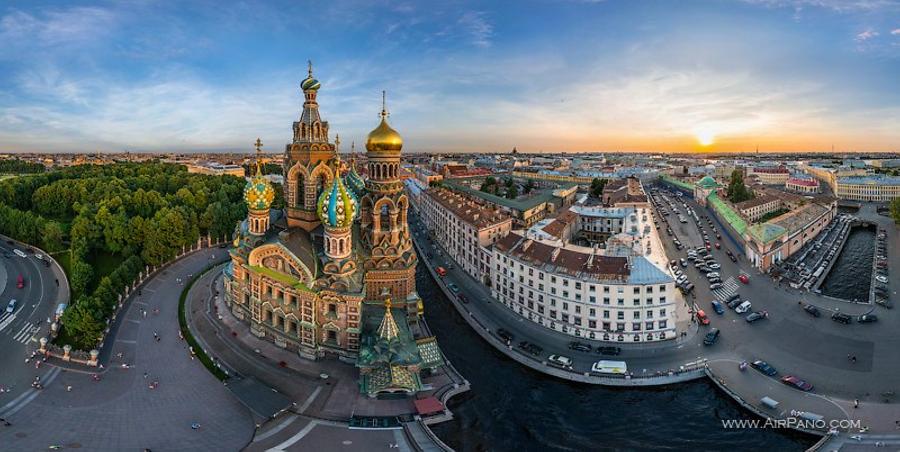 Church of the Savior on Blood at sunset

Since then many architects, such as Francesco Rastrelli, Yury Felten, Ivan Starov, Giacomo Quarenghi, Jean-Baptiste Vallin de la Mothe, Vasili Bazhenov and many others, started working here to create the incomparable look of Saint Petersburg. Previously, AirPano team has already created several panoramas of Saint Petersburg and its famous suburb Peterhof which can help you learn more about architectural features of the outstanding monuments. And this time we invite you to take a new trip over one of the most famous cities in Russia.