Photo by Sergey Shandin and Stas Sedov, members of the AirPano Team that is a member of the global-geography Consortium.

The "Golden Ring of Russia" is a unique touristic route including several ancient cities which have preserved outstanding historical and cultural monuments. Pereslavl-Zalessky, situated 140 kilometers to the north-east of Moscow and lying on the shore of Lake Pleshcheyevo, is one of them.

Pereslavl was founded in 1152 by Yury Dolgoruky in Zalesye region, which had got its name due to the forests and fields covering the area. The history of the city is full of the events which were quite bright and important for entire Russia. For example, it was the place where Alexander Nevsky, an outstanding Russian commander, was born in 1220. In 1276-1294 Pereslavl had been an actual capital of the North-Eastern Russia, and in 1688 here, on Lake Pleshcheyevo, Peter the Great started to build so-called Poteshny (fun) Flotilla which is considered to be the forefather of the Russian Fleet. In 1708 the city became a part of Moscow Governorate. Nowadays Pereslavl is a part of Yaroslavl Region. 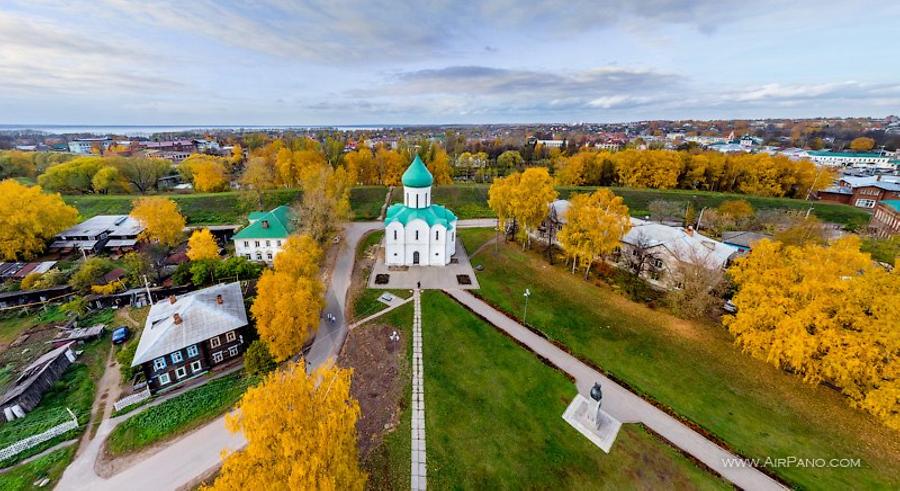 The ancient Pereslavl-Zalessky repeatedly suffered from Mongols' devastating raids and more than once was damaged; the town suffered the greatest damage at the Time of Troubles (1598-1613). Fortunately, the town preserved a lot of great monuments that glorify the "Golden Ring of Russia". 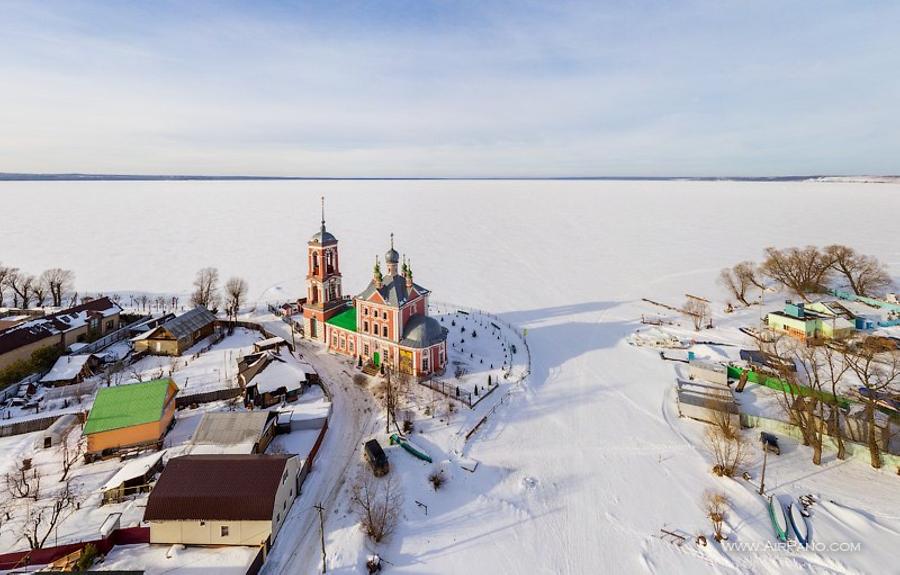 The most famous sight of Pereslavl-Zalessky is the Kremlin - that was where the construction of the town began. According to the order of Yury Dolgoruky, a fortress, previously standing to the north of this place, was moved closer to the mouth of the Trubezh river, on the bank of the small river Murmazh. Especially for this purpose a ditch was dug so that the fortress was surrounded by water from all sides. A high fortifying bank more than 2 kilometers long was also created. Currently the height of the bank is 10-12 meters, the width of the foundation is around 30 meters and the width of the ridge is 6 meters. 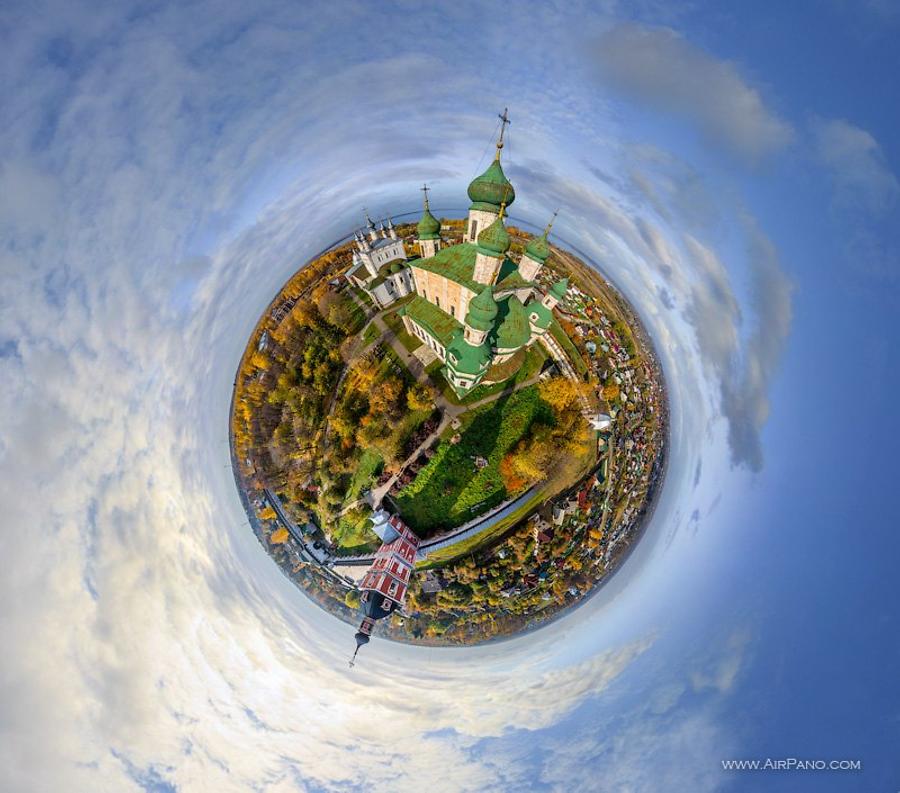 Previously, there were double wooden fortifying walls with towers on the ridge of the bank. In 1194 they were significantly rebuilt, and in the 12th-13th centuries it was the second mightiest fortress in the Vladimir-Suzdal Principality after the the Vladimir Kremlin. The walls were demolished only in 1759 at the time when they were totally dilapidated.

For quite a long time the only stone building within the Kremlin was Savior's Cathedral. Previously, the height of the building was around 22 meters, but comparing to pre-mongolian period, the building sank almost one meter into the earth. It is the first and the only church among the first five white stone churches in the northwest of Russia that has remained almost intact till nowadays. Most probably there was a princely mansion connected to the cathedral and to fortifying walls by stair turrets and passages. But afterwards this architectural complex was destroyed. 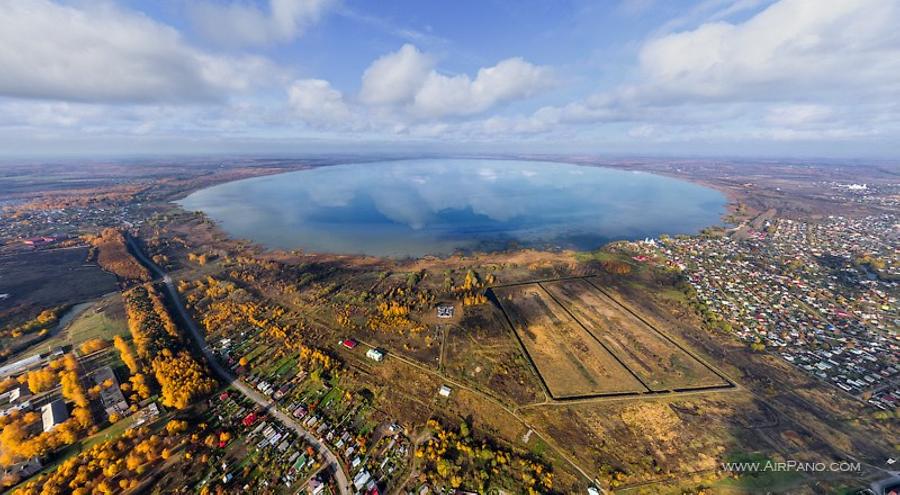 The center of the Pereslavl Kremlin is the Red square. In the 12th-13th centuries there were oak columns with a bell which informed people about Veche (public gathering). In the end of the 20th century the square was reconstructed: shabby wooden houses were demolished and the overall territory was furnished well. As a result one can have a better look of the outstanding architectural monuments of the Red square: besides Savior's Cathedral there are also Vladimir-Sretensky Cathedral and Churches of Alexander Nevsky and Metropolitan Peter. 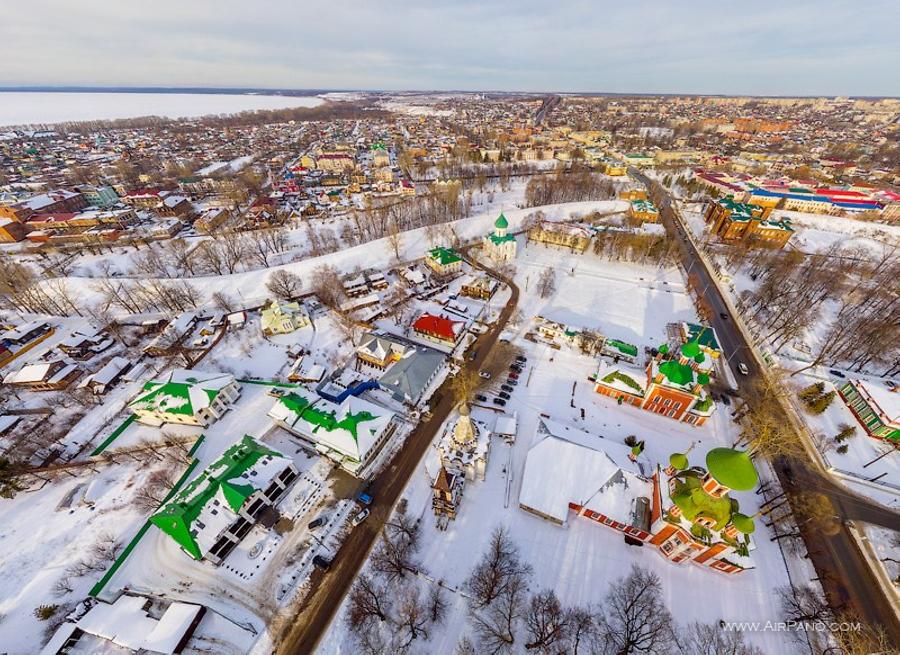 Vladimir Cathedral, as well as the neighbouring church of Alexander Nevsky, was a part of Sretensky Novodevichy monastery founded within the walls of the Kremlin in 1659. They both were built at the expense of local merchants and the construction was performed by the same masters, that is why they look so much alike. At the Soviet period the belfry of Vladimir Cathedral was demolished: now there is a road on its place, but the cathedral itself is restored and functions as a church. 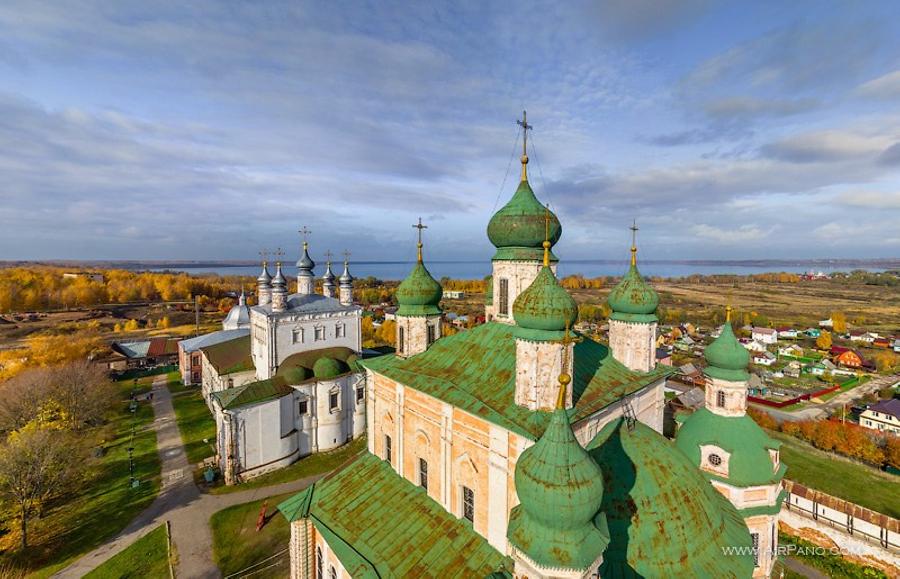 One more interesting sight of the Red square of Pereslavl is the tented roof church of Metropolitan Peter. The church is built of bricks with oak poles in the form of Greek cross. Each side of the cathedral is divided into three parts by flat column, and three sides have covered arcades with semicircular arches. This unique architectural monument of the 16th century is presently closed and needs to be restored. 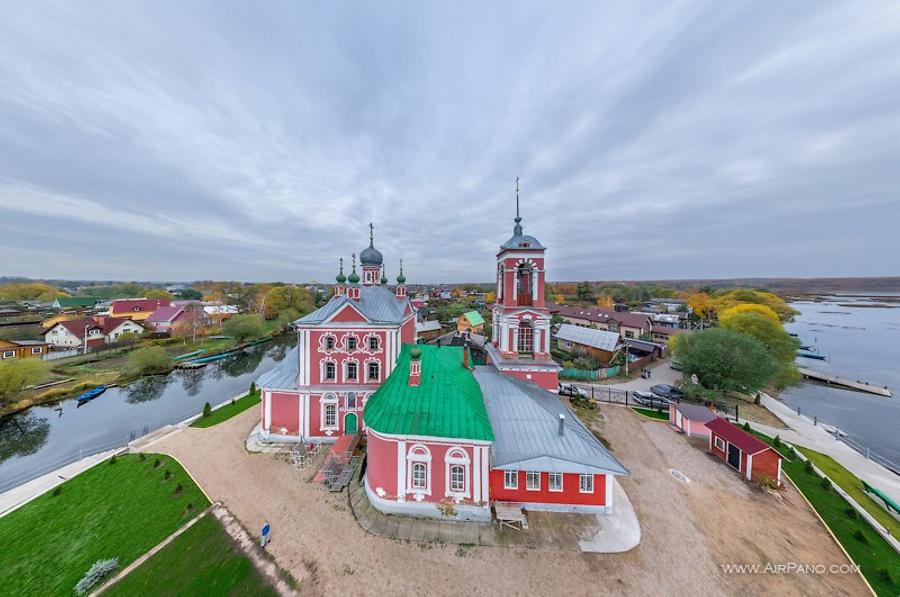 A very unusual object, a giant 12-tons boulder, appeared on the square in 1972. It was found on the right bank of the Trubezh River on the place of the demolished Sergiev Church, in the foundation of one of its corners. This stone is more than 2,5 billion years old, it was brought here by a glacier at the time of the ice-age together with other boulders. It turns dark blue after a rain due to light-refraction and light-reflection. 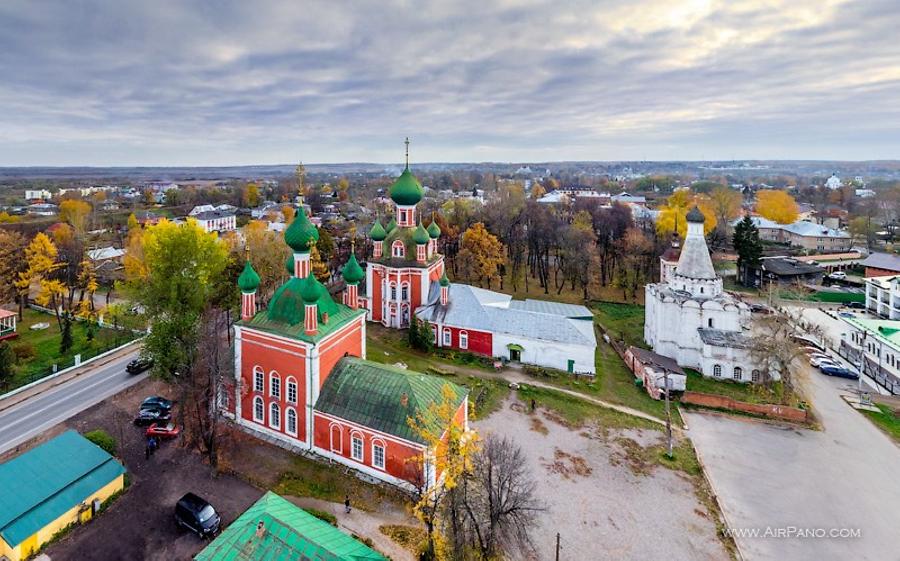 There are many other interesting sights in Pereslavl-Zalessky; there are dozens of cathedrals and six monasteries. The coat of arms presents two golden vendaces: there was a time when Pereslavl was supplying this fish to almost the whole Russia. Fishery settlement (sloboda), situated on the banks of the Trubezh River, is a reminder of that time. Lake Pleshcheyevo is the biggest lake in the Pereslavl area: it covers 50 square km, the greatest depth is 25 meters. This lake is around 30 thousand years old. The Trubezh river and many other streams flow to this lake.

We are inviting you to visit these wonderful ancient historical places that are considered to be the pride of Russia.