In present day AirPano team with the support of the President of Russia,V.V. Putin, and Russian Geographic Society (RGS) carries out the panorama shootings of historic-architectural ensemble of Moscow Kremlin and Red Square. Even though these photo shootings still continue, and all of the results of our work will be presented on our website only in several months, today project AirPano.ru and Russian Geographical Society are presenting Russian citizens a gift for Moscow City Day – a unique virtual tour over Kremlin with five spherical panoramas!

Until now no one else managed to take photos of Kremlin from these unique angles. 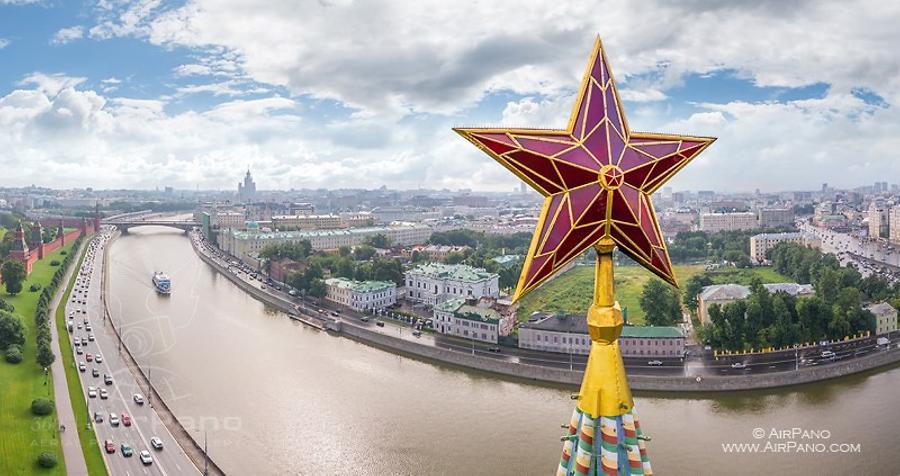 In December of last year we applied for the Russian Geographical Society (RGS) grant to develop AirPano.ru project. Quite surprisingly, we were invited to attend a meeting of the expert committee, and the project was approved after we had given our presentation. The ceremonial presentation of the RGS grants was held in April 2013 at the meeting of the RGS Board of Trustees under the chairmanship of President Vladimir Putin.

During his presentation at the meeting our colleague Sergey Semyonov asked V. Putin for his assistance in granting the permit to shoot Moscow Kremlin from the air. The President supported his idea and now we’ve completed several photo shootings over the territory of Kremlin. 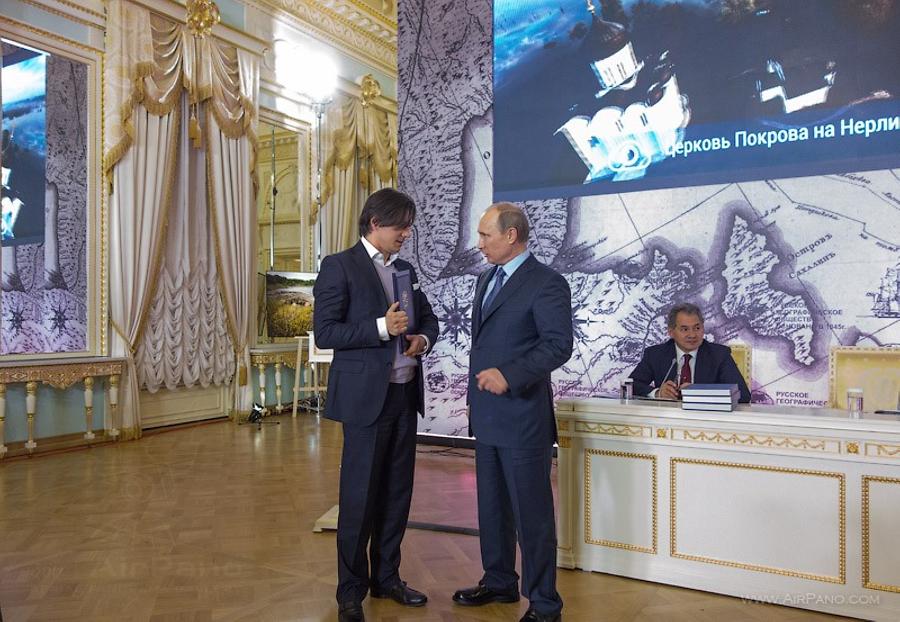 Although it will take several months before all the photos are posted on our website, today AirPano project has prepared a gift for the city: a virtual tour over the Kremlin consisting of five spherical panoramas.

And now we want to tell you a few historical facts about this unique architectural monument.

The name "Kremlin" was given to a fortified complex found in various historic Russian cities. There are numerous kremlins in Russia that managed to survive up to this day: the Novgorod Kremlin, the Kazan Kremlin, the Pskov Kremlin, the Kolomna Kremlin. But only one Kremlin speaks for itself — the world-famous Moscow Kremlin in the capital of the Russian Federation. It's the largest fortress in Europe preserved and functioning up to this day. The Kremlin is a major tourist attraction, a Russian president's residence, and Russia's most famous landmark. 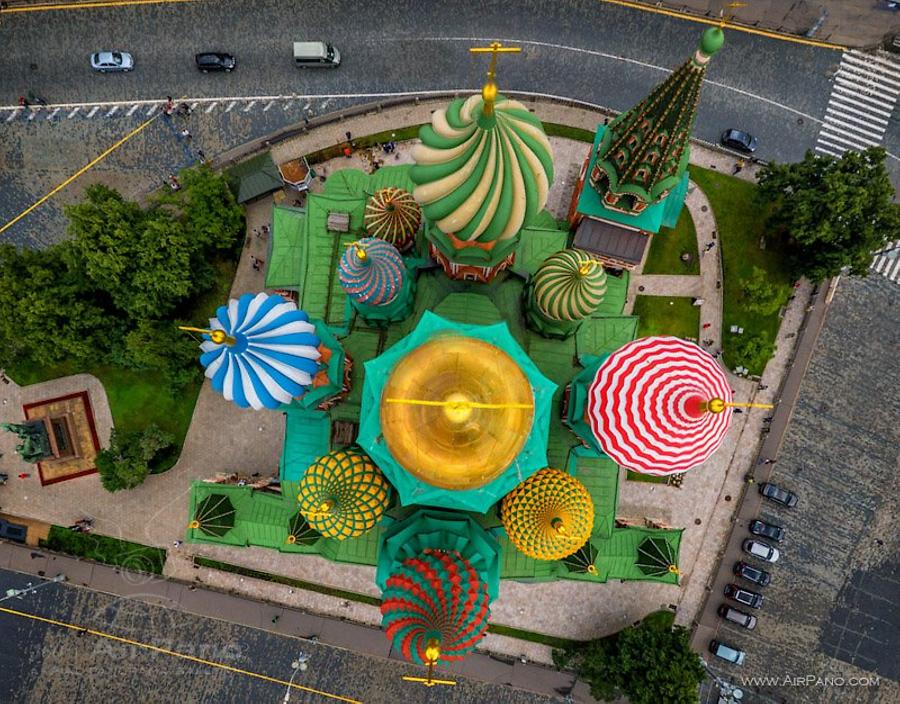 Cathedral of St. Vasily the Blessed

The first settlements on the territory of the Moscow Kremlin were established during the Bronze Age in 2000 BC, but the first fortifications appeared here much later in 1156. A 850-meter long wooden fortification with a total area of about 3 hectares was surrounded by a 16-18-meter long and 5-meter deep moat.

During the Mongol-Tatar invasion, the Kremlin was destroyed and then rebuilt. But only in the middle of the 14th century, during the rule of the Grand Prince Dmitry Donskoy, the Kremlin's wooden walls and towers were replaced by structures from local white stone. It was from that moment on that Moscow was referred to as "Moscow made of white stone" ("Moskva belokamennaya").

However, in the 15th century, during the rule of Ivan the Great, they had to rebuild it because its walls were falling apart. Italian architects were invited for the Kremlin's restoration, and because of this reason it is combined the best features of both Russian and Italian architecture. Thus, the impregnable fortress followed the example of the famous Sforza Castle in Milan, while its temples' architectural style strictly followed the Russian tradition. 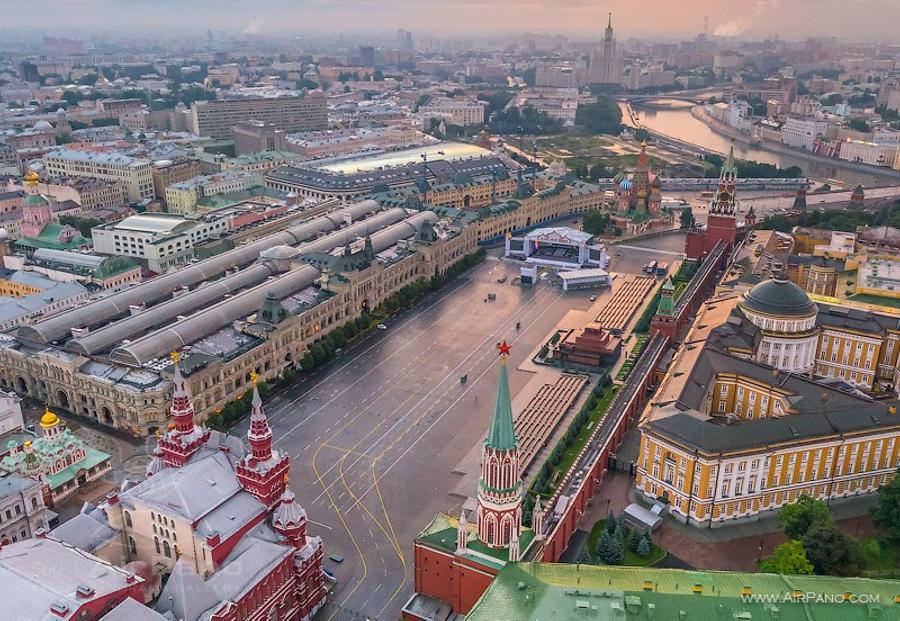 Another major reconstruction of the Kremlin took place at the turn of the 16th century, and since then its appearance remained almost unchanged, except for the color. 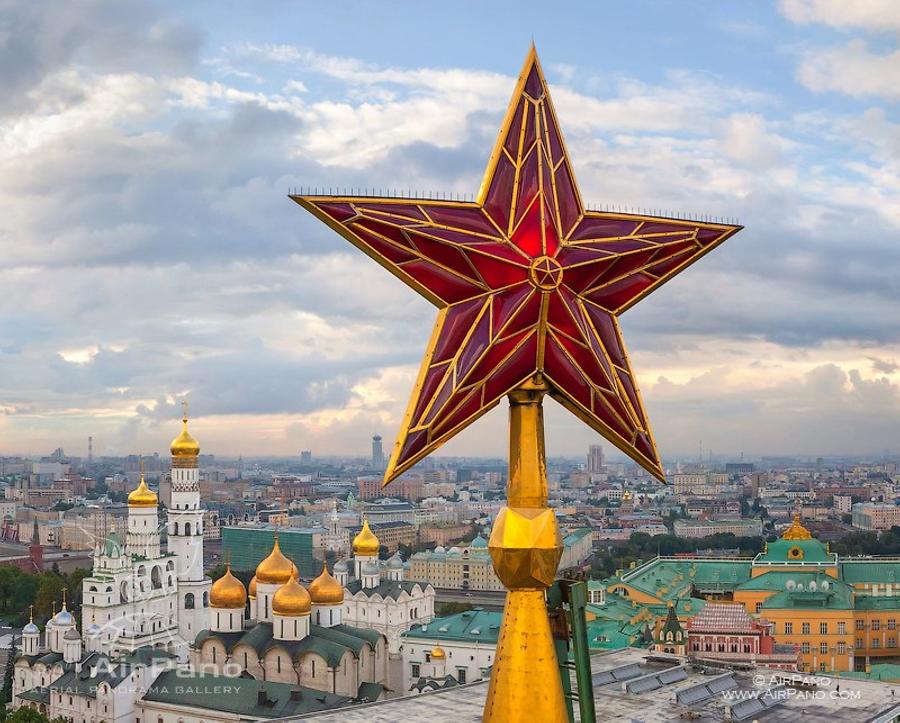 According to historical records and pictures, the walls of the fortress remained white for many centuries. To preserve the brickwork, as well as the memory of the "white Kremlin of Dmitry Donskoy," burnt bricks were carefully whitewashed. It is believed that the permission to paint the Kremlin in red color was given by Stalin in 1947 to celebrate the 800th anniversary of Moscow. And before that, during World War II, the Kremlin had a unique disguise. A breakthrough project (for that time) was developed by a group under the leadership of academician Boris Iofan: the Kremlin's white walls were painted with house walls and black windows, fake streets were built on Red Square, and they even put a dome with a picture of a house above Lenin's Mausoleum. It was that disguise that protected the greatest Russian monument from being bombed and helped its survival to this day.

It is worth mentioning that there were some buildings on the Kremlin's territory that didn't stand the test of time. For example, the Palace of Queen Natalia was taken apart by the decision of the famous architect Bartolomeo Rastrelli, and they made a parade area where Athanasius monastery used to be. 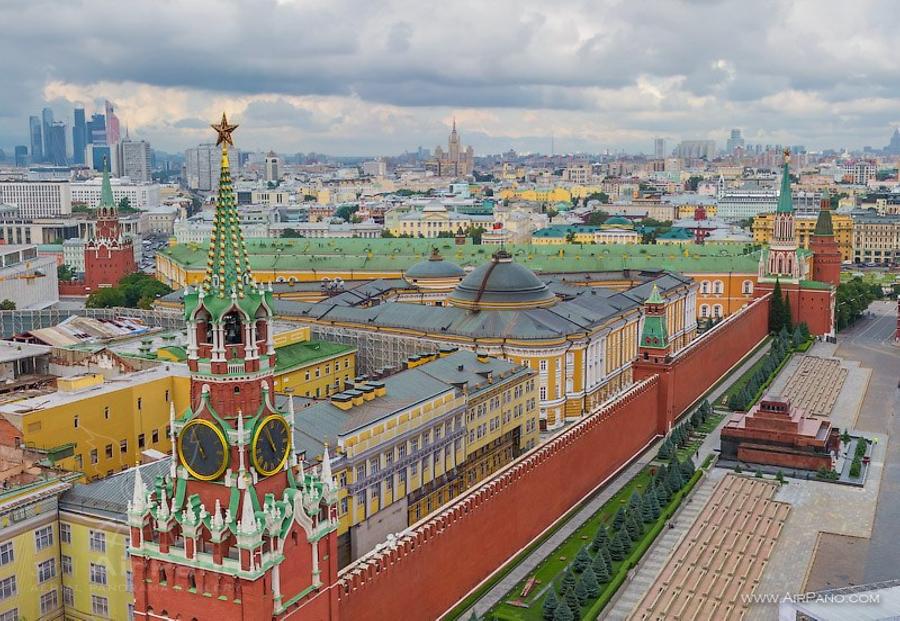 However, since the 15th century the Kremlin's towers and walls with their characteristic design have been and continue to be a symbol of Moscow and Russia.