Rajasthan is the largest Indian state by area located in the northwest part of the country. The state capital Jaipur is one of the most popular destinations in India. Everything is quite unusual here, beginning with its history and ending with the list of local sights. 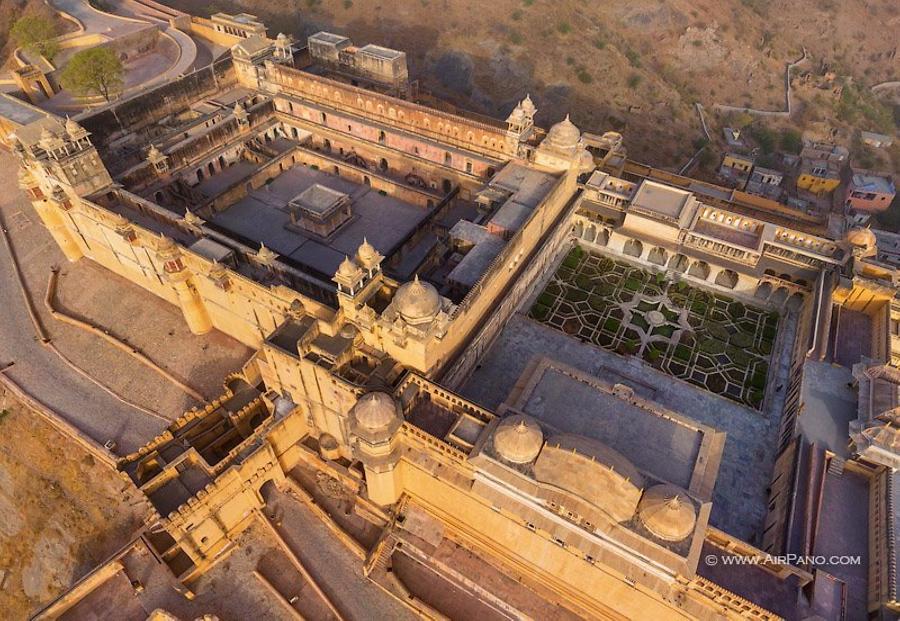 At the end of the Mughal Empire reign in 1727, Maharaja Jai Singh II decided to move the capital of his principality named Dhundhar to a new place. The initial capital of that time Dausa could not cope with the increase in population and growing scarcity of water. Jai Singh II chose a place about fifty kilometers away from Dausa at the altitude of 431 meters above sea level with the access to two rivers. This is the way Jaipur was founded.

Dhundhar does not exist anymore, now its territory belongs to the state of Rajasthan, but Jaipur still functions as the capital. Having the population of 6.5 million people, it is the tenth largest city by population in India.

For the construction of the buildings which, by the way, have remained till nowadays, pink colored stones were used. That's how Jaipur was nicknamed ‘the Pink City'. Chaotic urban planning, which is so common for ancient cities, is not the feature of Jaipur. The historical centre is divided into six districts with wide streets. This is a unique example of the urban planning performed according to the canons of ancient Indian architecture.

The main sights of Jaipur are situated within the fortifying walls of the city. One of them is Ram Niwas garden. In the middle of 19th century it was allotted the territory of 310,000 sq.meters, but by now it has decreased by two thirds. Currently the territory of the garden is occupied by the Albert Hall Museum (the oldest in the state), cafes, a bird park and picnic spots. 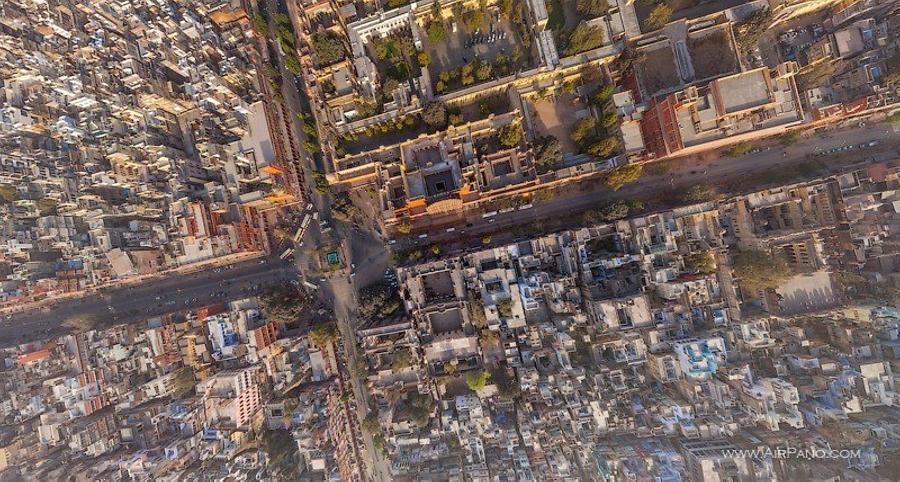 The former residence of Jai Singh II, which can boast of its huge dimensions, is also of exceptional historical importance. It is a huge palace complex occupying the seventh part of the Old Town. One part of the palace is a museum, the other — is a home for the last Indian royal family heirs.

This palace complex also includes Hawa Mahal — a five-storey monument in the form of the Krishna crown, constructed in pink and red coloured stone. It is the main tourist attraction of Jaipur and one of the most famous monuments of Rajput architecture. The name can be translated as the ‘Palace of Winds': the exterior is pierced with 953 small windows providing the building with fresh air. Hidden by the high facade of the building, royal ladies could observe everyday life of the streets without being seen. 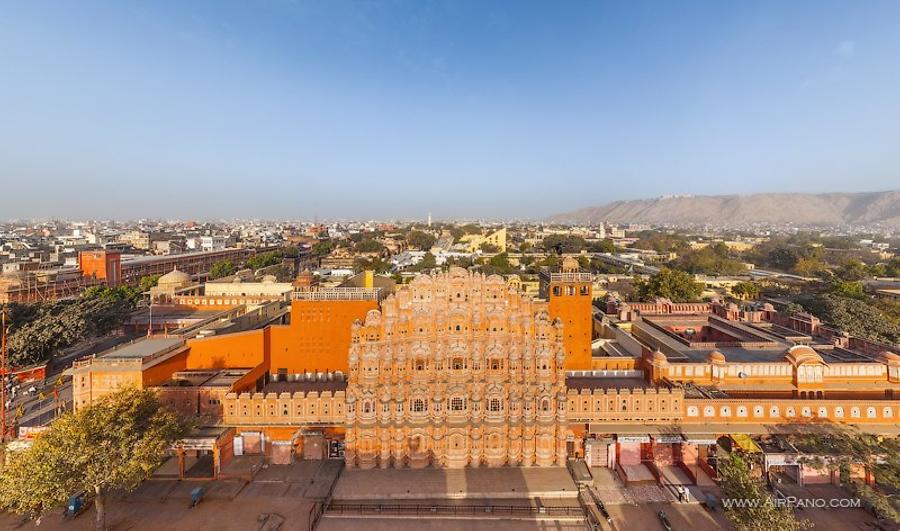 Not far from here one more ancient construction of Jaipur is situated: the Jantar Mantar monument, created by the founder of the city. Maharaja Jai Singh II was known not only as a politician, but as a scientist as well. He was interested in maths, architecture and astronomy. During the years of his reign (1699-1743), Jai Singh II built five observatories throughout India, and the one built in Jaipur is the largest and the best-preserved of them all. The devices of the observatory are also of huge dimensions: the sundial of Jantar Mantar is considered to be the largest in the world with the diameter of 27 meters. 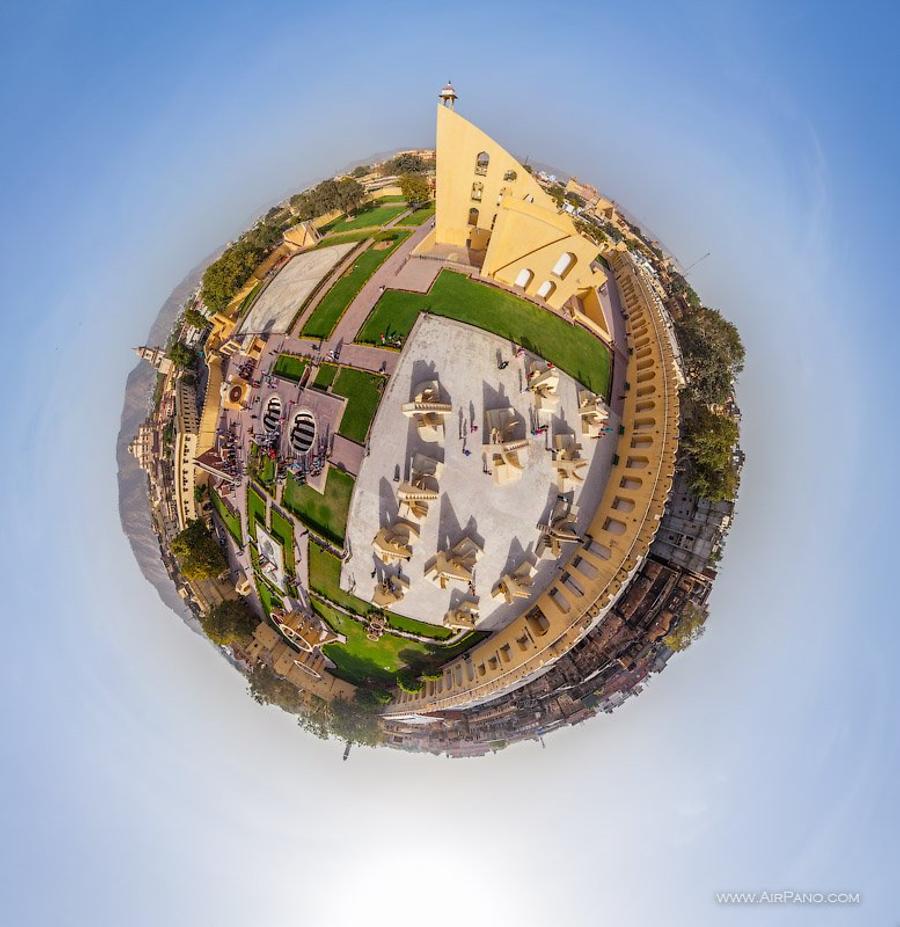 In 1948 the Jantar Mantar monument was declared as a National monument, and in 2010 it was inscribed by UNESCO as a World Heritage Site as an ‘expression of the astronomical skills and cosmological concepts of the court of a scholarly prince at the end of the Mughal period'.

And it is not the full list of the interesting places one can enjoy in Jaipur and its suburbs. There are many gardens, temples, fortresses and monuments as well. The best view of the city is available from the top of its highest tower Sargasuli built in 1749 (also known as Isar Lat). But as soon as you don't have an opportunity to climb this tower, you can get acquainted with Jaipur with the help of our panoramas. 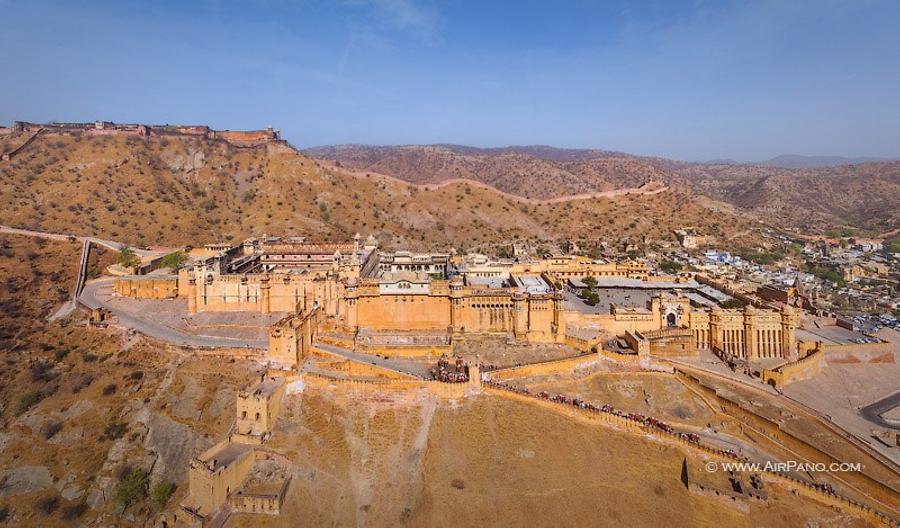