by Dmitry Moiseenko, Stas Sedov, and Ivan Roslyakov, members of the AirPano Team that is a member of the global-geography Consortium.

The capital of seven empires" — that's the status Delhi gained throughout its centuries-old history. The city initially founded as Indraprastha around 3000 years B.C. witnessed many forms of state governments and rulers ranging from ancient Indian dynasties to the Campaigns of Alexander the Great, from Islamic Sultanates rule to the Great Mughal epoch, from Crown Colonies to the present-day Republic. 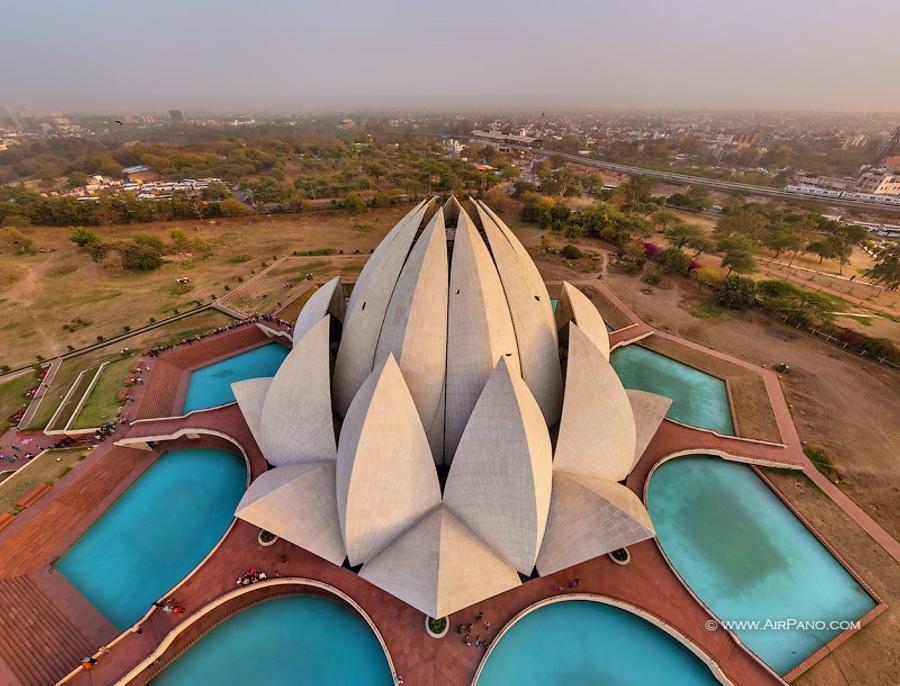 Around 60 000 monuments of world-wide importance have remained here, and such monuments as Qutb Minar, Red Fort and Humayun's Tomb were declared as World Heritage Sites by UNESCO. That's where we begin our story of the landmarks of Delhi. 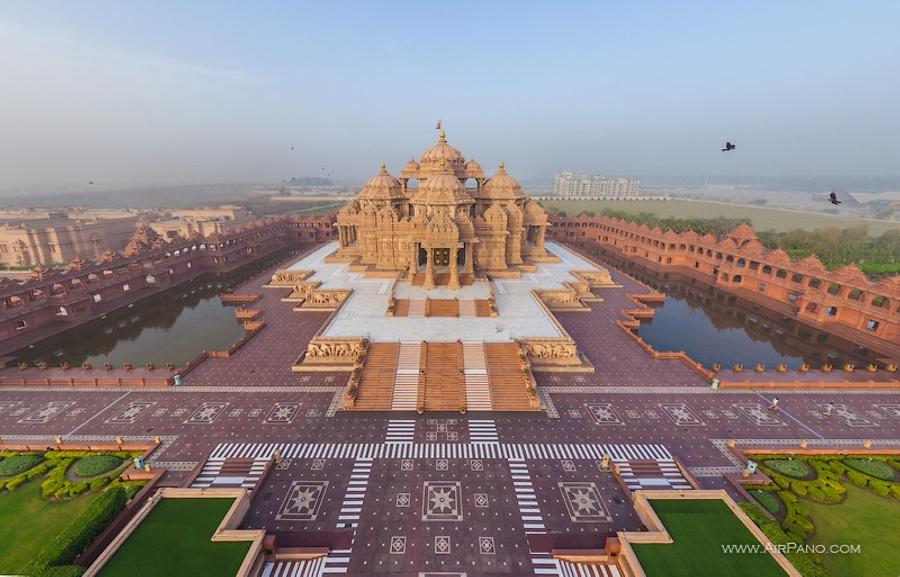 Religious complex of Qutb Minar appeared in 1206 as a symbol of Islamic domination. Its main minaret is 72.5 meters height and made of rotten rock. During the following 150 years Qutb Minar was being rebuilt: the two upper layers decorated with white marble were created in 1368. Qutb Minar played a significant role as origin of Indo-Islamic architectural style.

The construction of the Tomb of Mughal padishah Humayun was carried out between 1562 and 1570 by the order of his widow. It is another example of exceptional style and interlacing of history. The architects managed to create something between the Tomb of Tamerlane (forefather of Humayun) situated in Samarkand and famous Taj Mahal, which was constructed one century afterwards by Shah Jahan (great grandson of padishah).

Red Fort is a historical citadel of the Great Mughal period. The final approval for its construction was granted in 1639, at the time when Shah Jahan decided to relocate the capital from Agra to Delhi. It took eight years to build Shahjahanabad city, the part of which Red Fort finally became. Though some parts of the complex were rebuilt at the period of British dominance, the main constructions of this complex remained intact. 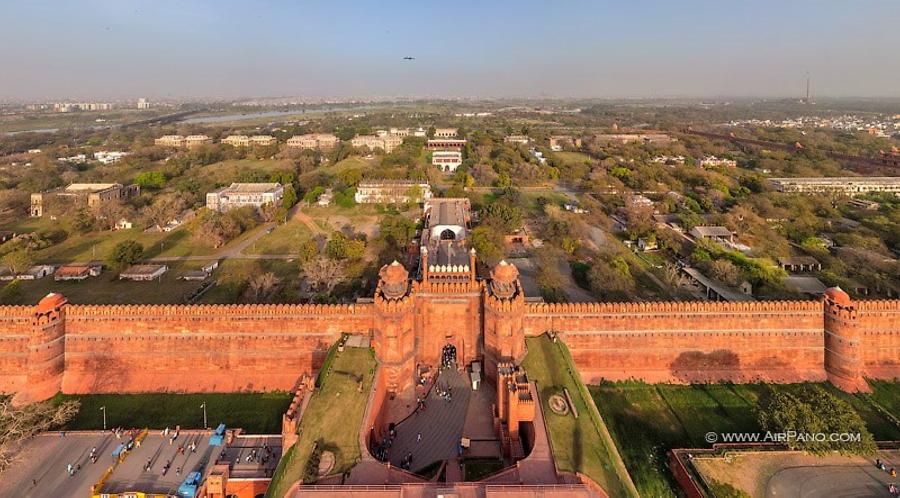 Occupying the area of 1483 sq. kilometers, Delhi possesses a lot of monuments of different periods of time. The shortest list of historical, cultural and architectural landmarks of Delhi will consist of several dozens points. Memorial area of Raj Ghat (the burial place of Mahatma Gandhi) and the observatory of Jantar Mantar dated the 17th century; the main Sikh temple Sis Ganj and Rajpath boulevard that runs through the India Gate; the largest Hindu temple complex of Akshardham and the market of Chandni Chowk built at the time of Shah Jahan's reign; the main mosque of the city Jama Masjid dated the same period and modern Bahá'í temple in the form of a snow-white lotus...

One can spend several days visiting all these sites of heritage. But this ancient Indian city full of beauty can also be explored virtually by means of our panoramas.