When preparing for our trip to the Orinoco Delta I was a little sceptical about it: I thought that the only thing we would find there would be another tourist attraction prepared by some actors wearing Indian clothes and showing scenes from their tribal life. But I was wrong.

It was two hours since we had started our way through dusty roads of savannah and finally reached a small town. A boat was waiting for us at the pier. As soon as we loaded our luggage in the boat we set off searching for Warao indigenous people. 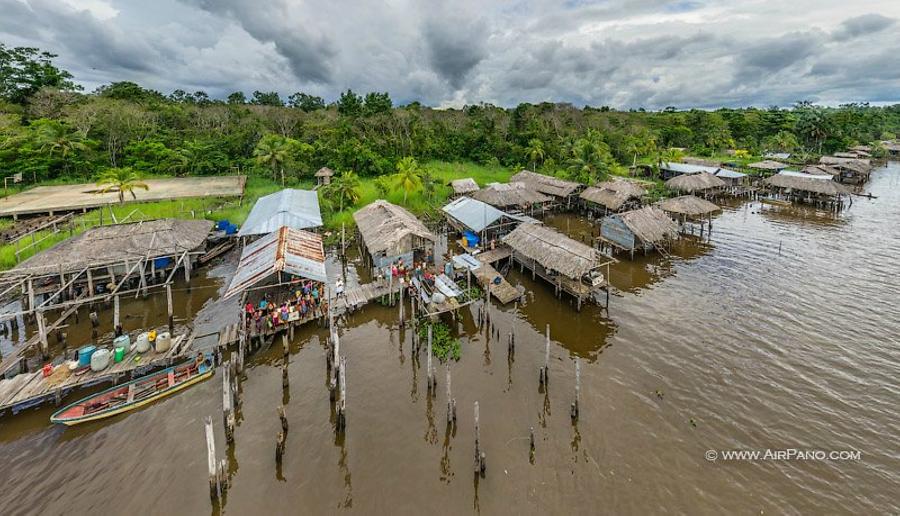 The first Europeans reached the Orinoco Delta soon after Christopher Columbus came here. The first thing they saw was the dwellings of Warao built on pillars and connected by bridges. This kind of architecture reminded them of Venice, so the new lands were named Venezuela ("little Venice"). 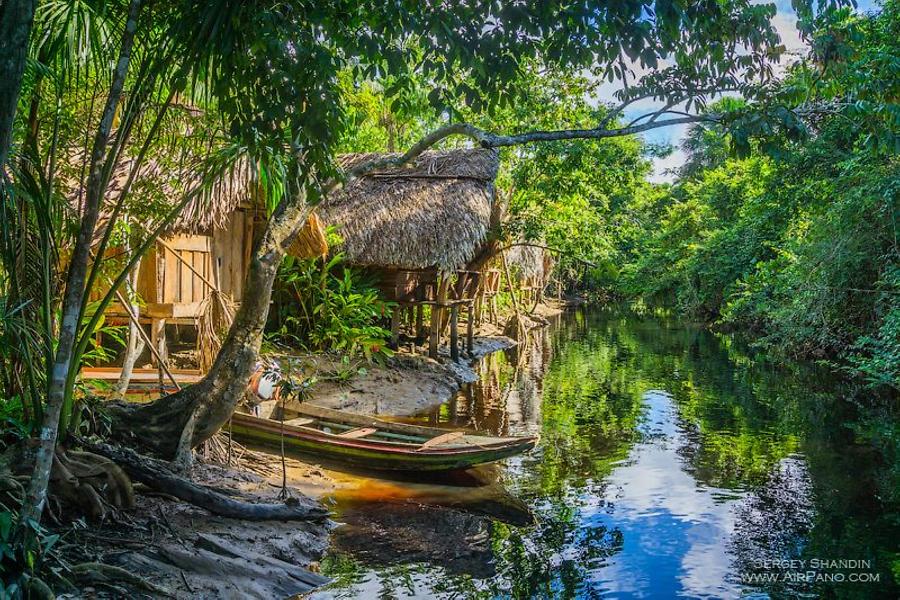 "Warao" itself means "the boat people" after the Warao's lifelong and intimate connection to the water. Even the word referring to "home" (janoko) means "place for a boat". This is a good illustration of their lifestyle and attitude towards their homes - the platforms made of planks or palm trunks. The roofs are made from palm or thatch leaves. There are no walls at all. For sleeping they use hammocks made by women out of palm fibres. And that's the whole household these people have.

Warao teach their children how to sail in a boat since earliest childhood. They hunt rarely, mostly they are engaged in fishing and foraging. In some areas with good conditions Warao grow vegetables and rice. The landscape of the Delta is mainly marshes with mangrove forests, so it is quite a challenge to simply walk in this area. At high tides the water covers the roots of the trees and at low tides the water steps back and thousands of small crabs and mosquitoes leave their shelters. 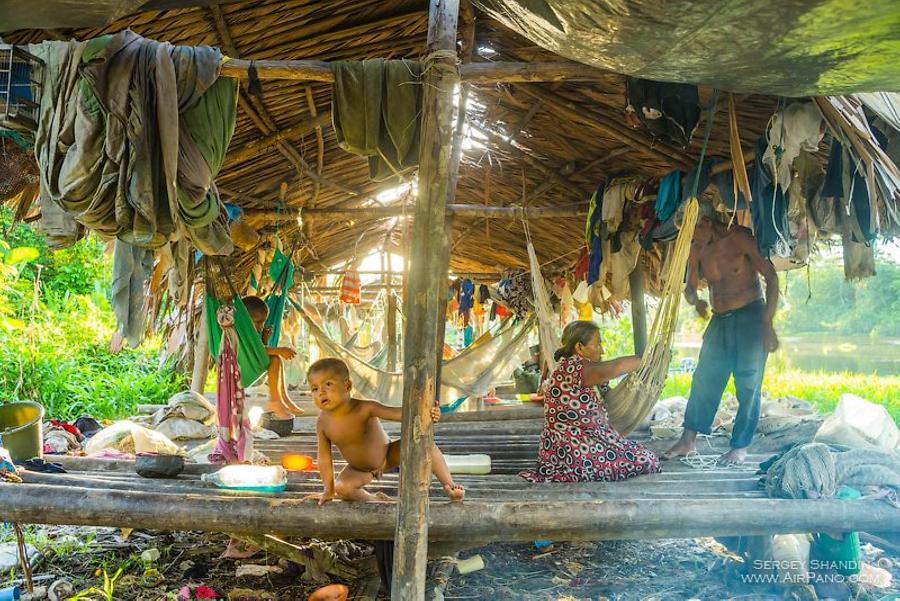 We lived in a hotel on poles located deep in the jungles. There were mosquito curtains on the windows, the beds were covered with canopies. But all these measures even using repellent had little effect on mosquitoes. With nightfall they were everywhere. Even the local cat was bitten so much that its nose and ears swelled twice its normal size.

The following day we went to visit the Warao people. We were welcomed very heartily: everyone came to greet us and soon it was time to treat the guests with the local food. 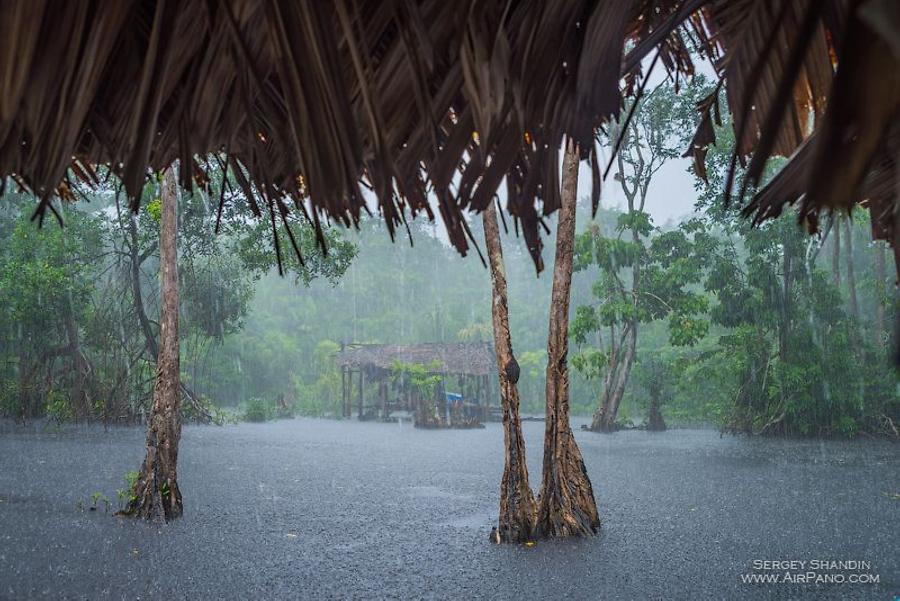 Palm trees serve not only as building material, but also as food. A coconut worm, a big white larva, is placed in a trunk of the palm tree. For several weeks the worms gnaw the core to shreds. Then Warao take these shreds, put it in water, rub through a sieve, make a kind of dough and bake a "pie". It tasted a little sweetish, sticky, but still, it felt nice. And the worms themselves are edible among locals: they eat them raw or fried. 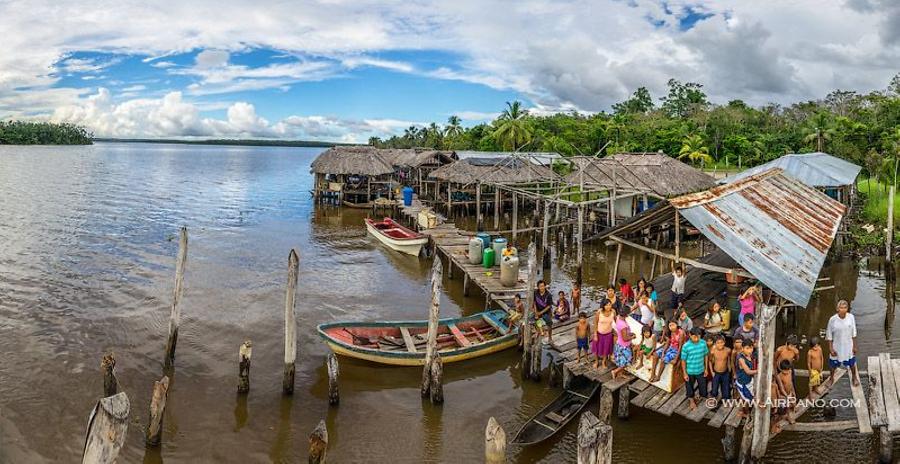 Fish is also the meal for Warao, and, we should say, an unusual species of fish. Small channels are full of piranhas. Contrary to the accepted point of view, piranhas are apparently not so dangerous as many people think: local people safely swim here without any harm for their health. Warao can cook a tasty piranha soup, sometimes even birds can appear on their dining table - they hunt them using a slingshot. They also have self-made rifles with a flintlock mechanism, suitable only for one shot. Bullets are loaded straight into the muzzle.

Warao families are usually big, although it does not affect the overall number of these indigenous people: there are about 20,000 Warao people in the world. One of the reasons for that is the absence of proper medical care resulting in the spread of tuberculosis and fever. 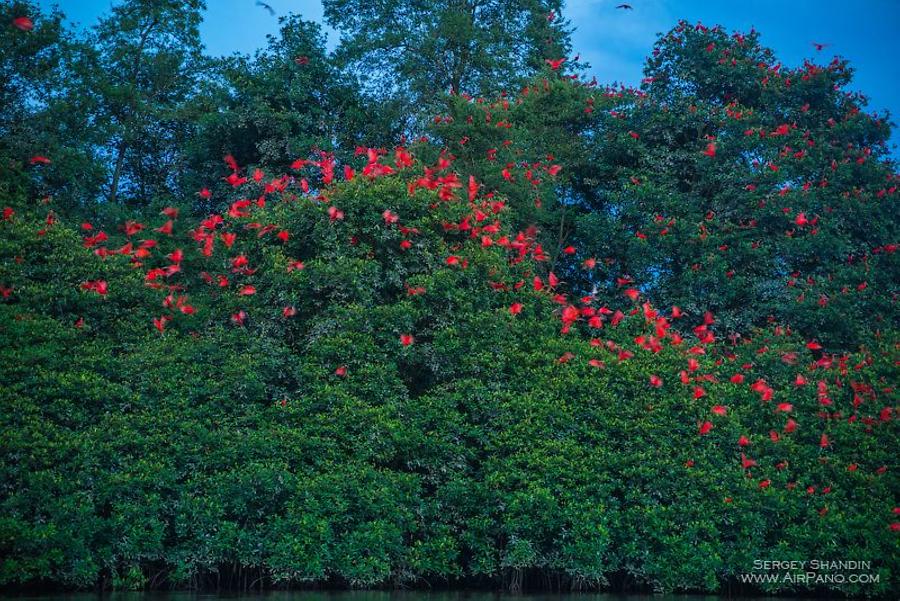 Although living in such conditions is not easy, Warao people very smile. The life in the jungles has taught them to be grateful for small favours and enjoy very simple things. Previously, the state was supporting these people: schools were built, electricity was provided. But with the beginning of the economic crisis indigenous people were left on their own. Now they live in the same way their ancestors lived a long time ago: they get all they need from nature, believe in God-Hunter and sail in their boats.

13 Panoramas of Delta of Orinoco River