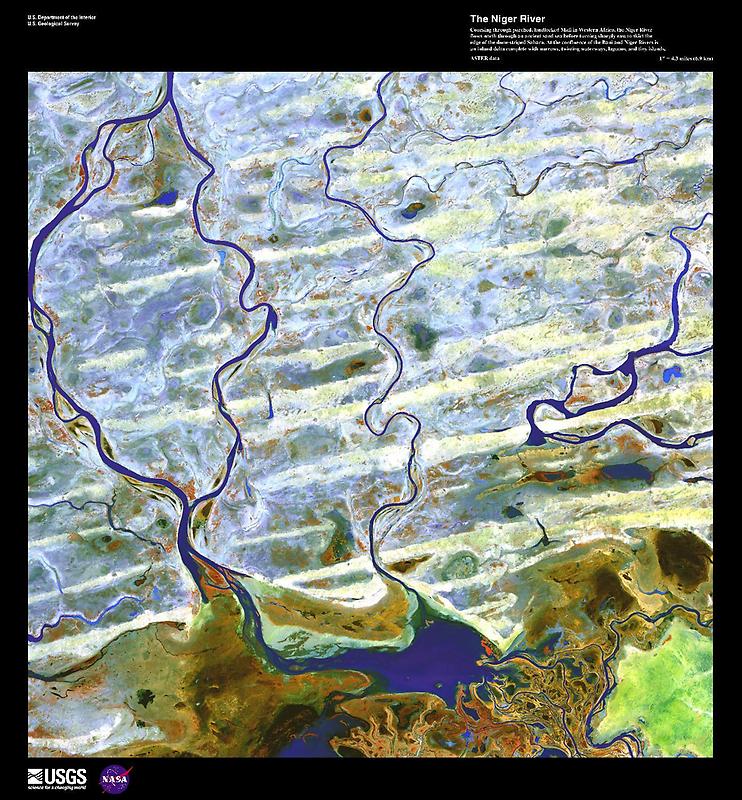 False-color image courtesy of USGS., under PD
Coursing through parched, landlocked Mali, the Niger River flows north through an ancient sand sea before turning sharply east to skirt the edge of the dune-striped Sahara; it then heads south, through Niger, Benin, and Nigeria, to the Gulf of Guinea.

At the confluence of the Bani and Niger Rivers in Mali lies a vast Inner Niger Delta the size of Belgium and composed of narrows, twisting waterways, lagoons, and tiny islands (some of which are shown here). Due to evaporation and seepage in this area, the river loses two thirds of its potential flow.

The Niger Rivers strange crescent-shaped route is believed to have been formed when two ancient rivers merged as the region dried. From the Nigers source near the coast to the bend, the Upper Niger once emptied into a now gone lake. In the hills near the ancient lake, the Lower Niger began and flowed south to the Gulf of Guinea.