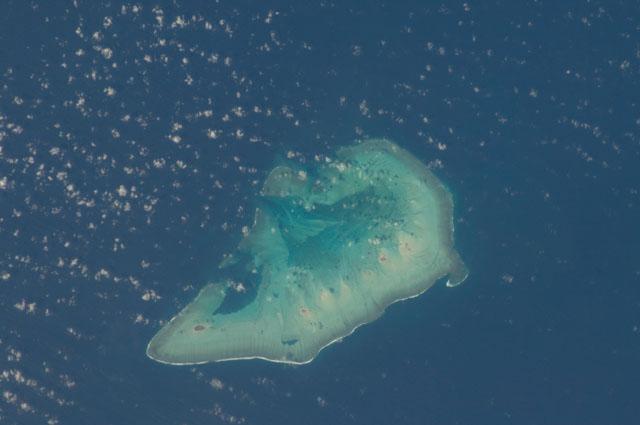 This astronaut photo from 2011 shows that the reef making up the island is not continuous but has several breaks that allow for current and sediment inflow.

A memorandum of understanding between the Australian and Indonesian Governments allows Indonesian fishermen access to their traditional fishing grounds within the region, subject to limits.