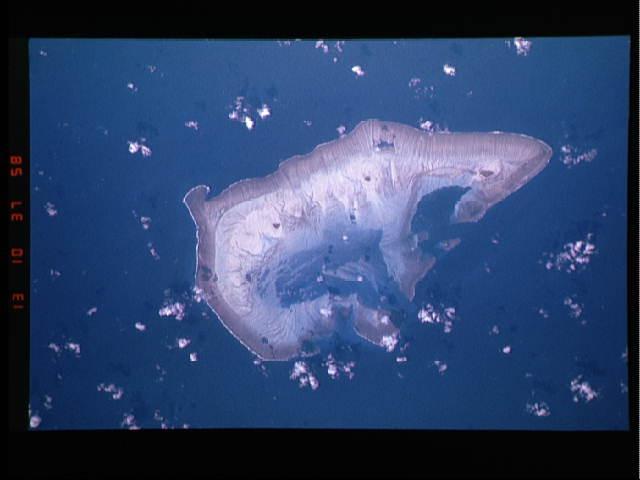 It is of significant biodiversity value since it lies in the flow of the Indonesian Throughflow ocean current from the Pacific Ocean through the Malay archipelago to the Indian Ocean. It is also in a surface current west from the Arafura Sea and Timor Sea.

The Reserve comprises several marine habitats, including seagrass meadows, intertidal sand flats, coral reef flats, and lagoons, and supports an important and diverse range of species, including 14 species of sea snakes, a population of dugong that may be genetically distinct, a diverse marine invertebrate fauna, and many endemic species, especially of sea snakes and molluscs.

There are feeding and nesting sites for various turtle species. It also serves as a bird sanctuary and has 50,000 breeding pairs of various kinds of seabirds. A high abundance and diversity of sea cucumbers, over-exploited on other reefs in the region, is present, with 45 species recorded.

This astronaut photo from 1992 shows that the reef making up the island is not continuous but has several breaks that allow for current and sediment inflow.