The northern part of the island of Ireland politically belongs to the United Kingdom, and Belfast is the capital of this region. It is located at the western edge of Belfast Bay and is protected by the range of hills from the north-west. The name of the city (Irish: Béal Feirste) means "mouth of the Farset" which is a late tributary of the River Lagan. All these conditions are perfect for the needs of the shipbuilding. And this is the very thing a greater part of Belfast's history is strongly related to. 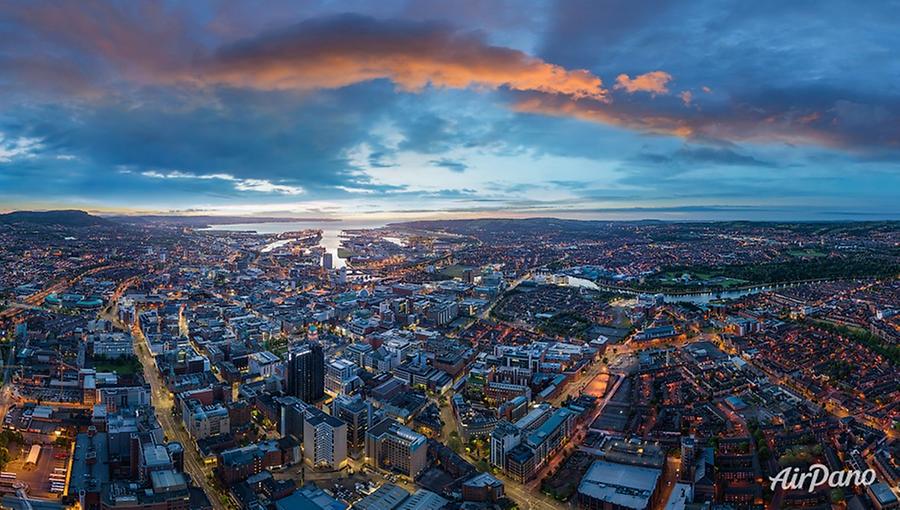 It was granted city status in 1888. By that time it had become a major industrial centre providing linen production and earning the nickname Linenopolis for this. Trade, especially seaborne trade, flourished due to its geographical location. In the middle of the 19th century, the harbour was dredged to provide deeper berths for larger ships. Soon Belfast became a significant port and remains so today.

However, the industrial period caused damage to the environment by polluting air and water. But eventually, the city took this problem seriously and the situation has improved. Creation of parks contributed greatly to make the environment better: now there are over forty of them in the city. Despite its cool and rainy climate (with an average precipitation of 938 mm and an average temperature of +9?), the surrounding mountains create a microclimate conducive to plants. 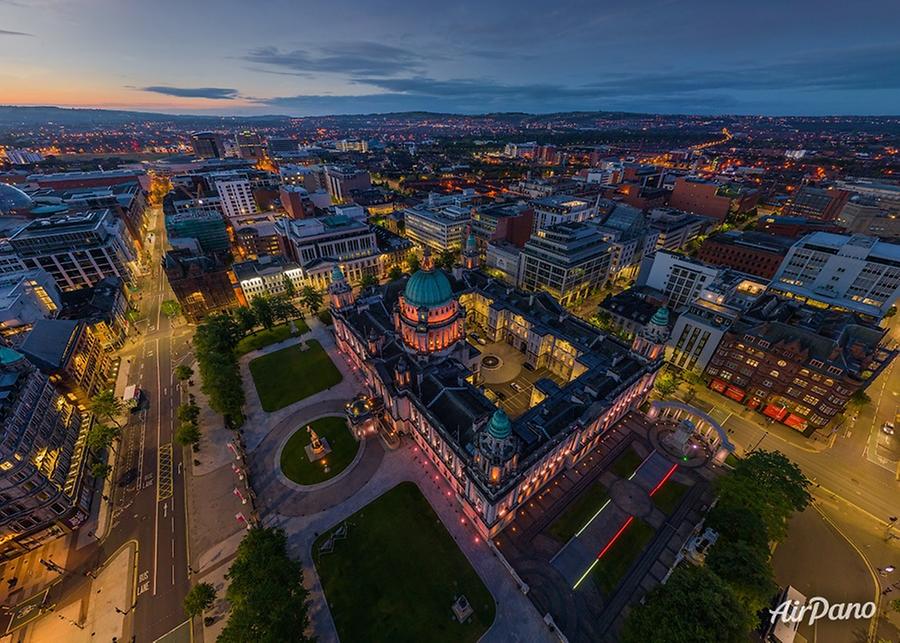 One of the most popular and known gardens is Botanic Gardens Palm House occupying 110,000 m2. It was opened in 1828 as the private Royal Belfast Botanical Gardens and by the end of the century had become a public park. The glasshouse was designed by Charles Lanyon and became a genuine masterpiece. To make the growing of high exotic plants possible, Lanyon changed his initial project and increased the height of the building. And thanks to that, the unique flower of Doryanthes Excelsa rising at 11 meters was grown here! It is still alive, but it blooms only a few times per century. Xanthorrhoea that was planted at first days of the functioning of the Gardens lives here, too.

Another great landmark of Belfast, the Linen Hall Library, has quite an interesting story. Being founded in 1788 by the Belfast Society for Promoting Knowledge, it is the oldest library in the city. In 1802, the Library moved into premises in White Linen Hall located in Donegall Square, and from that building it took its name. But it lost its premises to make way for the construction of the new City Hall, so it moved into a renovated warehouse on the other side of the same square.

Belfast City Hall that occupied the site of the library was under construction between 1898 and 1906 under the supervision of architect Alfred Brumwell Thomas. It is a magnificent example of the Baroque Revival style. The building is very beautiful and features towers, lanterns and a 53-meters-high copper dome.

The shipbuilding history of Belfast is reflected in the port, docks with right yellow cranes and a quarter that is named after Titanic. It was the very place where the legendary liner was built between 1909 and 1912. The site of the Harland and Wolff shipyard where the ship was created is now occupied by the world's largest Titanic-themed attraction. In this museum, you can not only get acquainted with the tragical fate of the ship but also know more about other Olympic-class ocean liners, such as Olympic and Britannic. 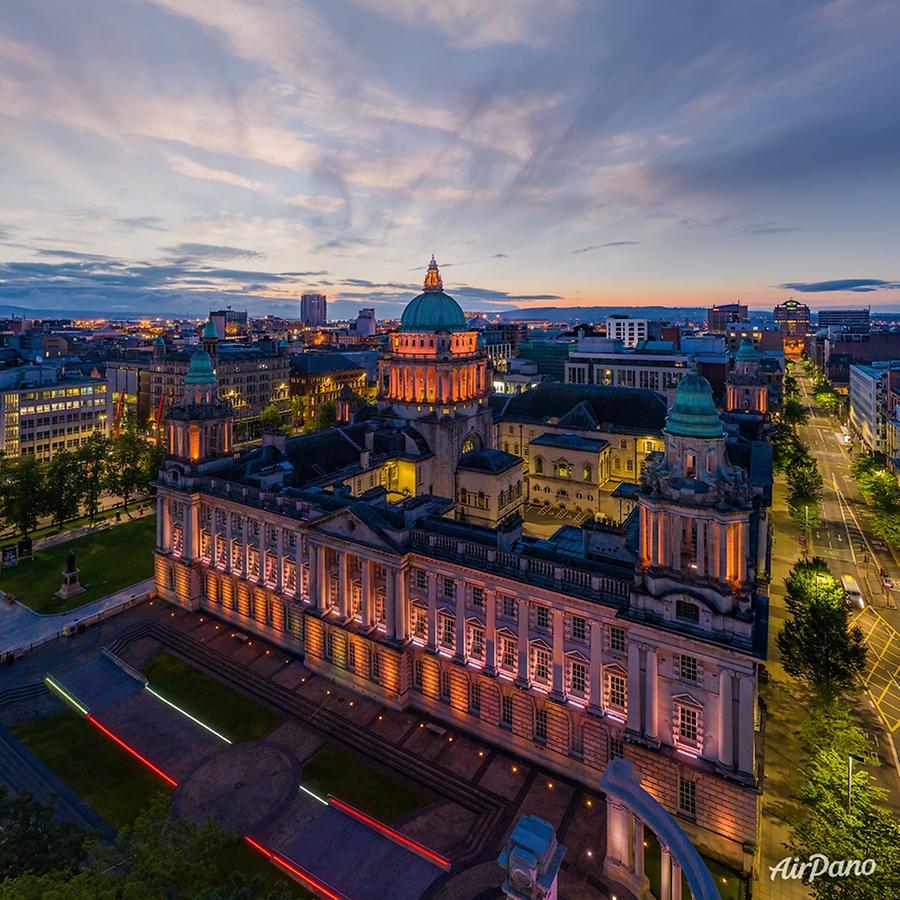 On the other side of the river, there is one of the most famous landmarks of Belfast, a 10-meter-long monument dedicated to a fish. It was created in 1999 by the famous Irish artist John Kindness. The monument bears two names: the Big Fish and the Salmon of the Knowledge. It symbolizes the legend that once a salmon was caught here, even though this species had never inhabited the River Lagan.

The outer skin of the fish is a cladding of ceramic tiles decorated with texts and images relating to the history of Belfast. It also contains a time capsule storing information about the city.

You can witness all these and other unusual landmarks of the capital of Northern Ireland through AirPano panoramas.

10 panoramas of 360° Panormas of Belfast