Zurich is considered to be the most significant financial centre in the world: Swiss banks are as recognizable as Swiss watches, cheese or chocolate. And Zürich is the largest city of the country and the heart of its financial system.

Can this might be shown in panoramas? Of course it can, and the bright example of this is the United Arab Emirates: practically every building in Dubai is created to amaze and transcend. But Switzerland with its moderate character has other priorities. According to them, there is a much better use for a large amount of money than just to show off, and the support of the historical and cultural heritage in proper condition is one of this priorities. You will be able to see this with your own eyes as soon as you open our virtual tour. 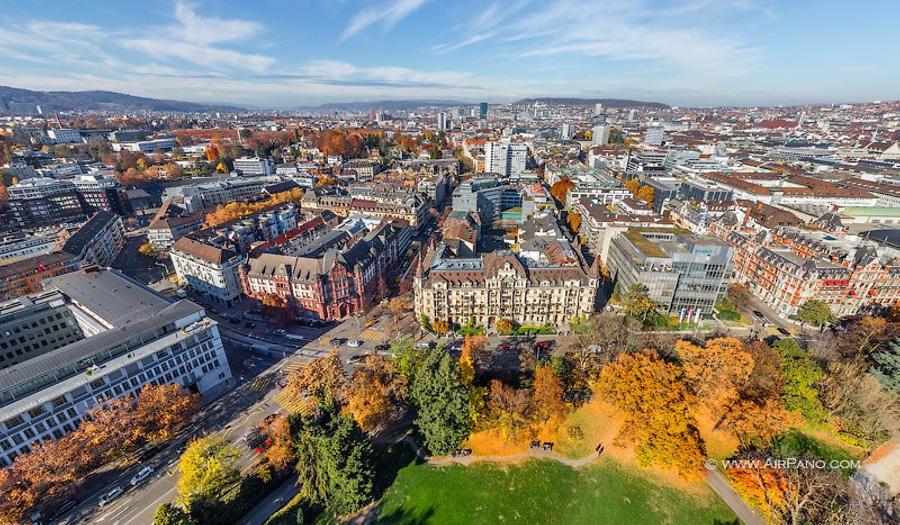 The first mention of Zürich is dated 929, though the first settlements appeared here back in the 1st century BC. Since then the city has significantly changed, but at the same time everything that could be preserved has been preserved, and even some of the very ancient monuments have remained till nowadays. The centre of the city can reveal the buildings dated the 10th century. 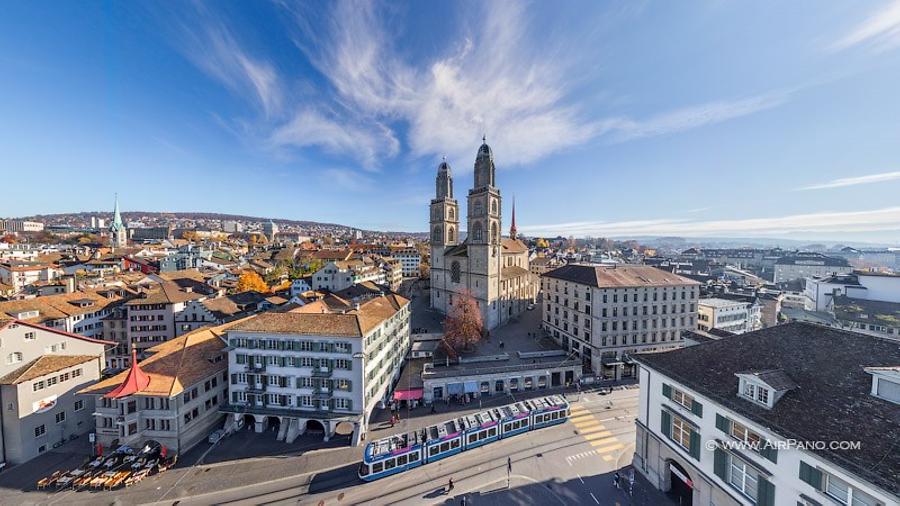 The major long-liver of the city is the Church of St. Peter. In 857 Louis the German founded a temple as a gift to his daughter. Later reconstructions had changed the initial look of the church and now it is the example of the late Romanesque architecture. In 1538 a clock was installed in the church tower. With the clock face measuring 8,7 meters and the minute hand 3,95 meters, it is the largest clock face in Europe. Note that the diameter of the famous Big Ben clock is only 7 meters.

One more outstanding and ancient church of Zürich is the Grossmünster. This cathedral built in the Romanesque style was founded in 1090. According to legend, the Grossmünster was founded by Charlemagne, whose horse fell to its knees over the tombs of Felix and Regula, Zürich's patron saints. There is no means of proving this fact, but recent archaeological evidence confirms the presence of a Roman burial ground at the foot of the building. 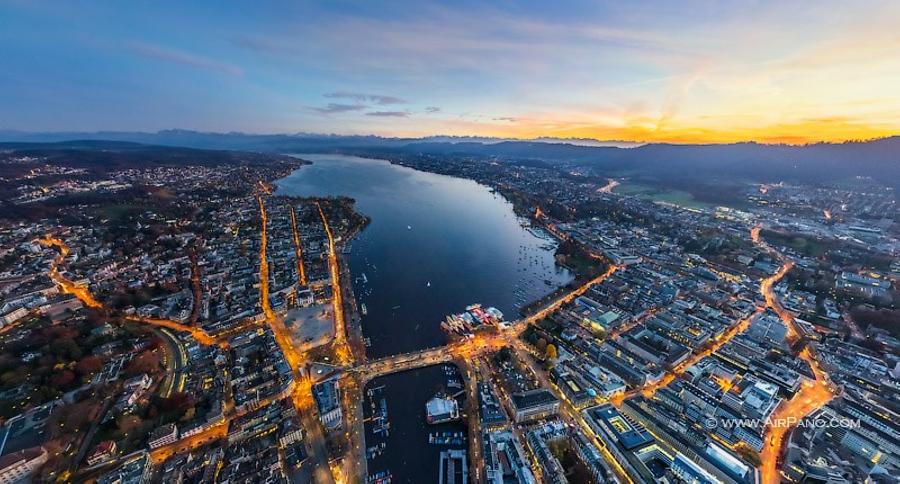 The third most important and oldest religious construction of Zürich is the Fraumünster Church — a former abbey for aristocratic women of lower Germany. The convent was under the patronage of kings and was granted the right to mint coins that lasted till the 13th century. These facts effectively made the abbess the actual ruler of the city between 1045 and 1524. But in the course of the later reformation the abbey ceased to exist. Along with the historical importance, the church is also famous for having the stained-glass windows created by Marc Chagall in the 1970s.

One more unique feature of Zürich is the lake bearing the same name. Lake Zürich is split between the cantons of Zürich, St. Gallen and Schwyz. In the past it served for transportation, but nowadays it is a popular tourist destination with excursions and boating trips along the picturesque shores.

The surface area of the lake is 88 square kilometres. It has the elevation of 409 meters and the curved form which for some people resembles a banana. Well, you can form your own opinion about this and get acquainted with the other sights of Zürich using our panoramas.