The first natural landmark in the Alps to be included in the UNESCO World Heritage List (2001) is one of the most beautiful mountains of Switzerland named Jungfrau. The name is German for "maiden", which is derived from the name of the neighbouring monastery. The peak is also jokingly referred to as "Mme Meyer" (Mrs. Meyer), in honour of brothers Johann and Hieronymus Meyer who were the first to ascend the mountain in 1811. 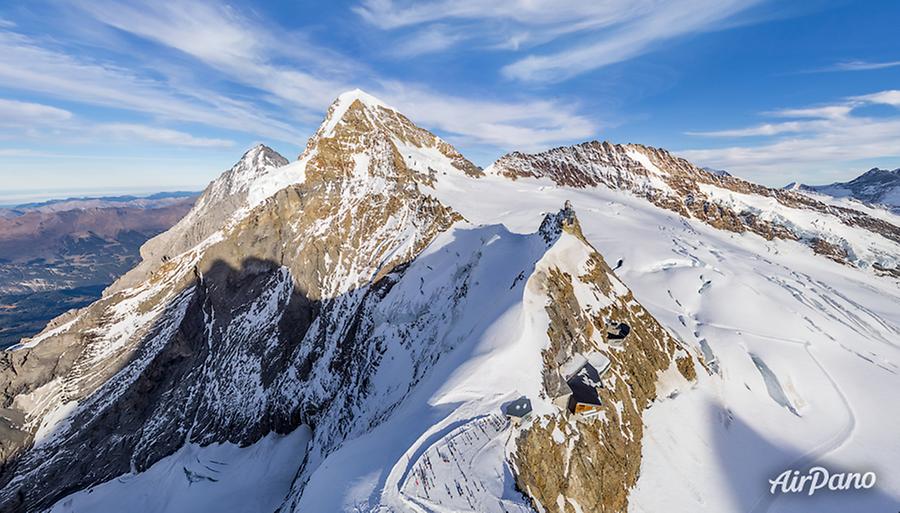 Jungfrau rises at 4,158 meters and is the third highest mountain in the Bernese Alps. The border between the northern canton of Bern and the southern canton of Valais goes right through the summit of the mountain. The surrounding territory is the largest glaciated area in Europe, but at the same time, the landscapes feature high contrast. There are breathtaking cliffs on the north-west, the ultra white areas in the west, and the ice-covered south-east. All these things are against the background of a bright blue sky. 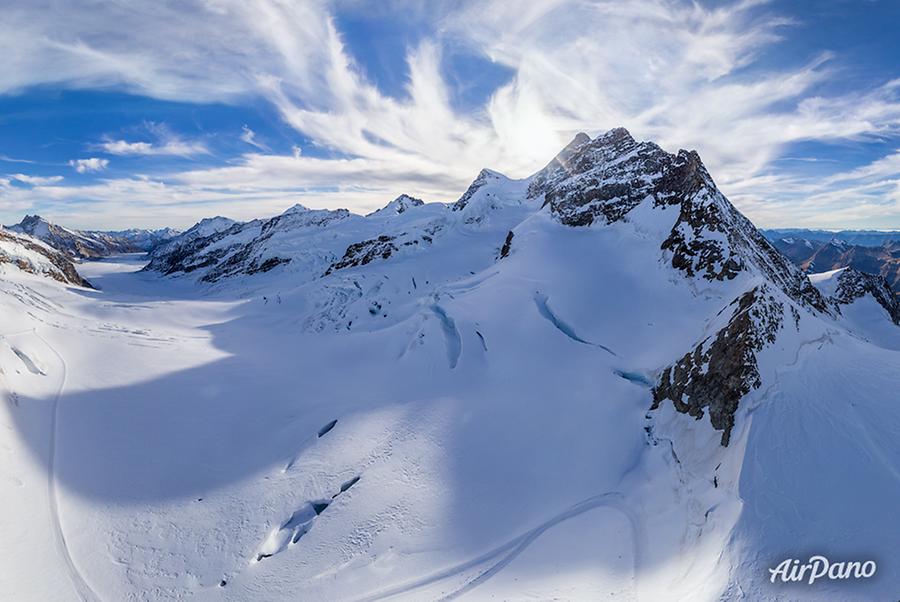 Nowadays this area is full of mountaineering routes. Even though the ascent is still rather dangerous, there is a safe alternative. In 1912, a railway leading to the Jungfraujoch Pass at an elevation of 3,454 metres was constructed. Its total length is 9 km with 7 of them running through the tunnel carved in a rock. The vertical drop between the first and the last station is 1,400 meters, and the journey takes around an hour.

The Sphinx observation deck located on the Jungfraujoch Pass provides a fantastic view of the Alpine landscapes, glaciers and even the range of Schwarzwald (The Black Forest) in southeast Germany and the French Alps including Mont Blanc on a clear day. 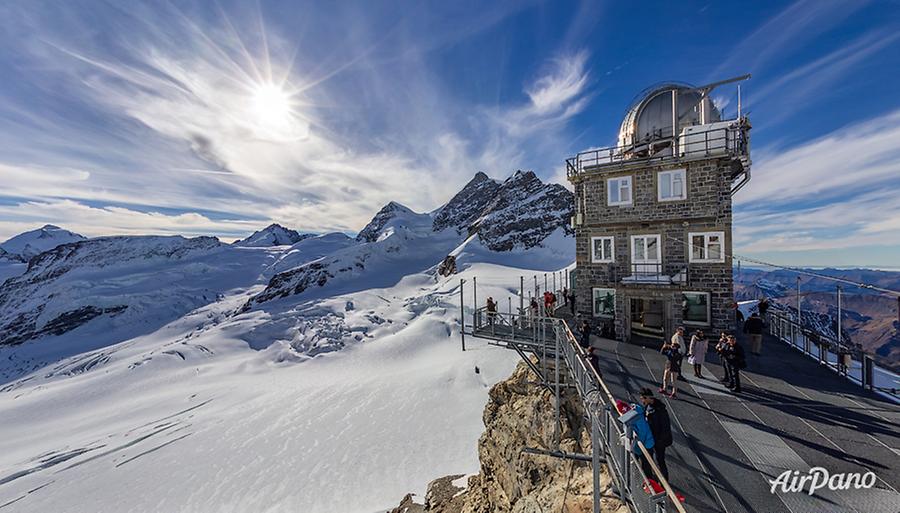 There is also the Sphinx Observatory with functioning restaurants and the Jungfraujoch Ice Palace consisting of a net of ice aisles and halls inside the Aletsch glacier. Its overall area is over 1,000 m² with all the exhibited items made of ice.

The interesting fact about the railway is that its creator Adolf Guyer-Zeller initially wanted to make the way right up to the summit so that the final section of the way people would overgo using an elevator. But the implementation was prevented by World War I, after that the idea was considered impractical. 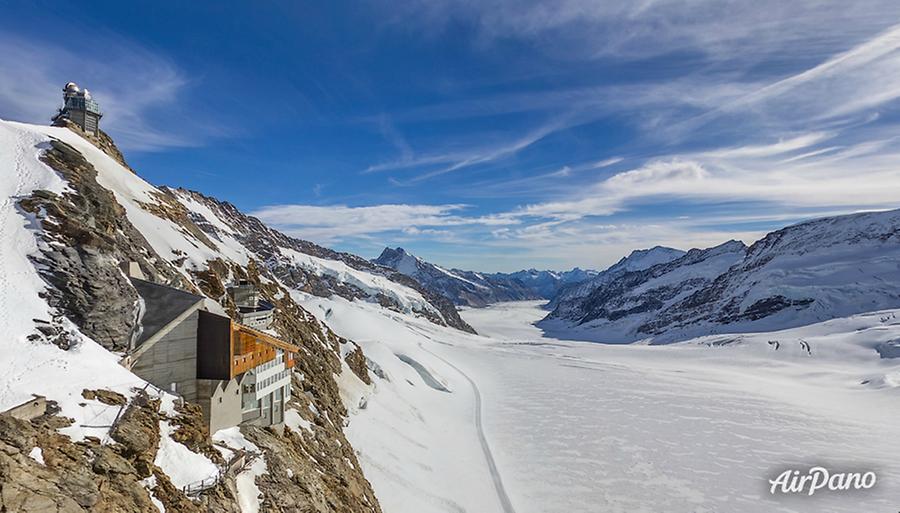 Nowadays there is one more possibility to visit the Alpine summits — enjoy the mountain beauty using AirPano panoramas.