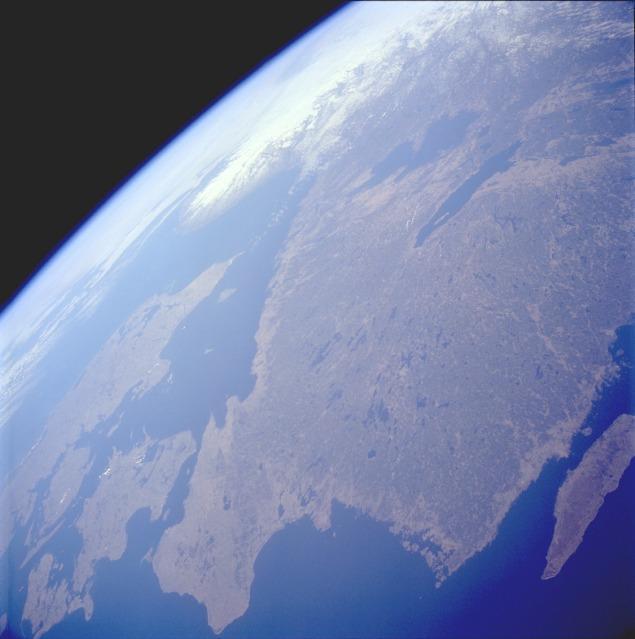 Image courtesy of NASA., under PD
Southern Sweden, with its plethora of lakes, is visible in this west-looking, high-oblique photograph. The lakes were created when the continental glaciers scoured this area and then receded, allowing the countless depressions to fill with water.

In addition to numerous smaller lakes that are generally aligned in a north-south orientation, two large lakes - larger Lake Vanern and Lake Vattern - can be seen toward the northern edge of the photograph.

The dark green area inland from the coast is forested lands.