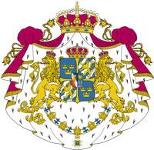 A military power during the 17th century, Sweden has not participated in any war for almost two centuries. An armed neutrality was preserved in both world wars. Sweden's long-successful economic formula of a capitalist system intermixed with substantial welfare elements was challenged in the 1990s by high unemployment and in 2000-02 and 2009 by the global economic downturns, but fiscal discipline over the past several years has allowed the country to weather economic vagaries. Sweden joined the EU in 1995, but the public rejected the introduction of the euro in a 2003 referendum.