One of the brightest and most famous cities in Spain is Seville — the capital of the autonomous community of Andalusia. According to the legend, its foundation was initiated by the mythological hero Hercules: his statue can be seen as a decoration for the administrative headquarters and there is also the street named after him (the Alameda de Hércules).

Historians tend to support the other, more prosaic version though. In the third millennium B.C. a Phoenician settlement appeared on the banks of the Guadalquivir river, eventually it became the city of Seville. One century later Romans arrived here, in the first and second centuries they were replaced by the Arabs, the Normans and the Berbers in turns; in the third century the Christian Spaniards came here. The 16th and 17th centuries were the "golden age" of Seville: just after the Discovery of America this city was the main trade port of the Spanish Empire. Nowadays it is the fourth-largest city in Spain and an important industrial and tourist centre.

Unlike many other cities of Spain, Seville was not trying to get rid of its Moorish past, so it resulted in the unique appearance of the streets. This is the place where you can witness a lot of monuments created in the synthetic architectural style called Mudejar, which combines both European and Moorish elements. This style was also dominating in the creation of Plaza de España. It looks so different from everything you used to see, that it was used as a location for filming "Star Wars Episode II: Attack of the Clones". 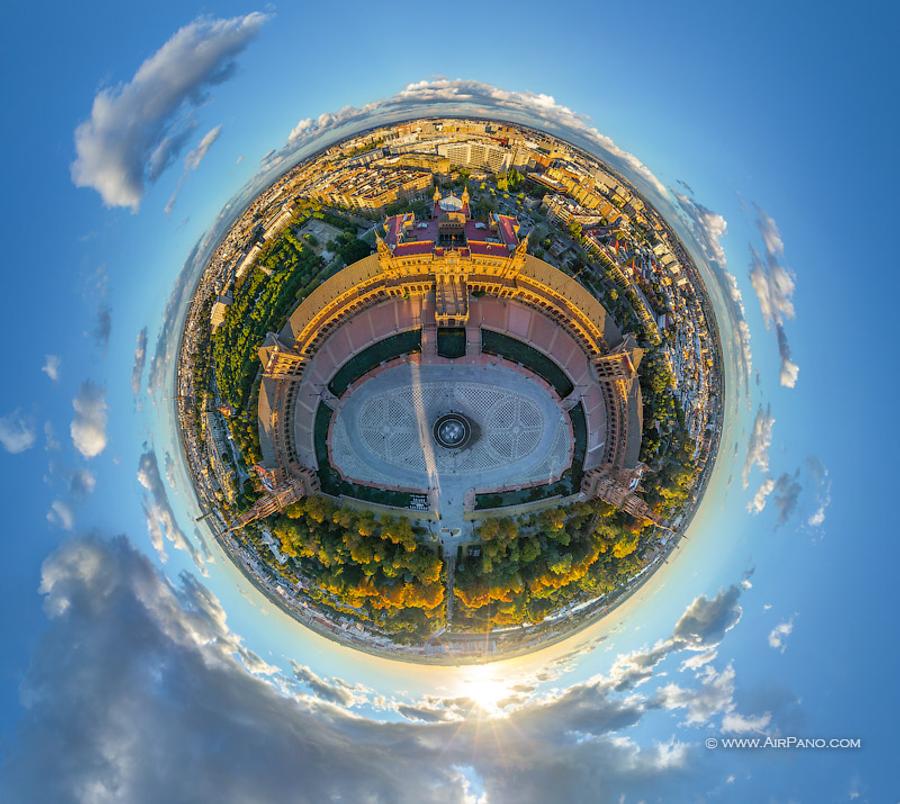 The main landmarks of Seville are located on the east side of the Guadalquivir river. Though the ancient fortified wall including its 66 towers could not survive the previous centuries, other witnesses of the glorious past managed to remain till nowadays. The ancient part of the city is called Casco Antiguo with its labyrinth of narrow streets. And one of the most famous of them is Calle Sierpes where you can come across ancient marble villas built by the Romans.

Altogether there are 74 temples in the city, but the Cathedral of Saint Mary of the See (Catedral de Santa María de la Sede) is a very special one. It was built between 1401 and 1519 on the place of a former mosque. Being 116 meters long and 76 meters wide, this Cathedral is the third largest Christian cathedral in the world (after St. Peter's Basilica in Rome and St. Paul's Cathedral in London), and actually the largest one among gothic cathedrals. Next to it you can find the city's most well-known symbol — a bell tower known as Giralda with 22 melodic bells. It was built in 1196 and initially had the height of 82 meters; four centuries later the height was raised up to 114 meters. 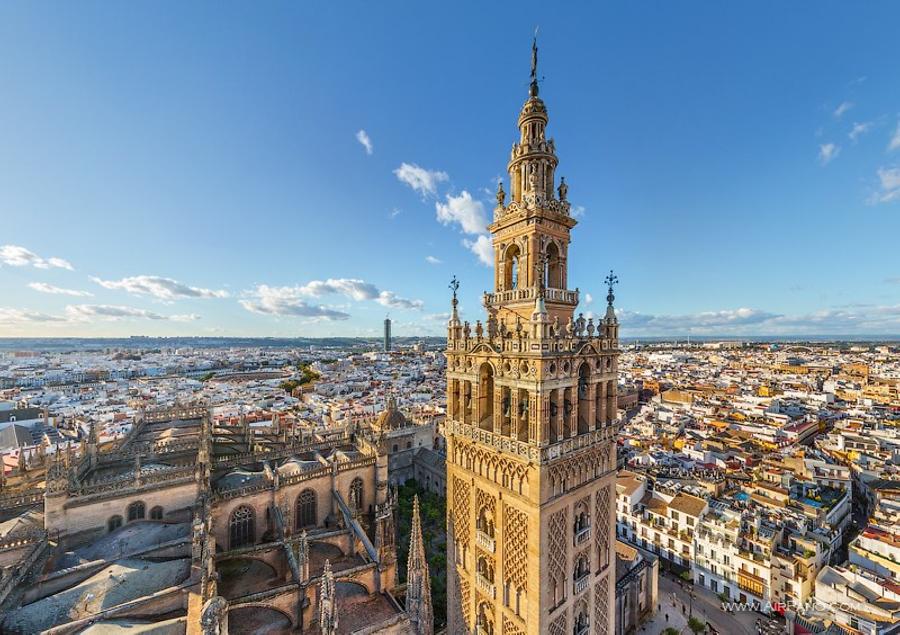 Not the less important monument is the royal palace of the Alcázar of Seville. It was built between 1350 and 1369 on the place of a former Moorish citadel. For more than seven centuries it had been serving as a residence for the Spanish kings. Despite the gothic elements which were added in the 16th century, it is still one of the greatest examples of Mudéjar architecture.

Only three buildings out of all the monuments of Seville are UNESCO World Heritage Sites. Apart from the Cathedral and the Alcázar palace, there is also the General Archive of the Indies (Archivo General de Indias) which is the repository of extremely valuable archival documents illustrating the history of the Spanish Empire in the Americas and the Philippines. Designed by the architect Juan de Herrera in 1572, this building is an outstanding example of Renaissance architecture.

One more symbol of the city is the Torre del Oro (Tower of Gold), which was built in 1220. Originally created as a watchtower, subsequently it was used as a prison, then a warehouse and a department of the port service. In the 18th century it was seriously damaged by the earthquake, soon after the reconstruction it became the building for the Maritime Museum.

The Church of St. Louis of the French (La iglesia de San Luis de los Franceses) is the brightest example of the Baroque style, created by the architect Leonardo de Figueroa. Decorated with carvings, frescos, sculptures and paintings, nowadays this cathedral functions as museum.

Not only the architecture of Seville made a contribution to the world's cultural heritage. This city is also the location for many world-known operas, such as Mozart's "The Marriage of Figaro" and "Don Giovanni", Verdi's "La forza del destino", Beethoven's "Fidelio", Rossini's "The Barber of Seville" and Bizet's "Carmen". Everyone should take a walk in such a wonderful city, at least virtually!