Spain has a lot of monuments remaining on its territory and AirPano has made photos of many of them. Barcelona, Madrid, Valencia or Seville: these geographical locations are known to almost everyone on the planet. Segovia is not so famous but that is undeserved.

Segovia is part of the Spanish autonomous region of Castile and León in the north of the country. Thanks to Alfonso VI the Brave (the end of XI — beginning of XII centuries) the city has been a residence for kings during two centuries. Those legendary days have beautiful evidence. First of all, it is the famous Alcazar. The castle on a stone peninsula has been a royal palace, a state prison and the Royal School of Artillery. Nowadays Alcazar is open for tourists and is very popular among tourists being one of the most recognizable places of interest of the country. 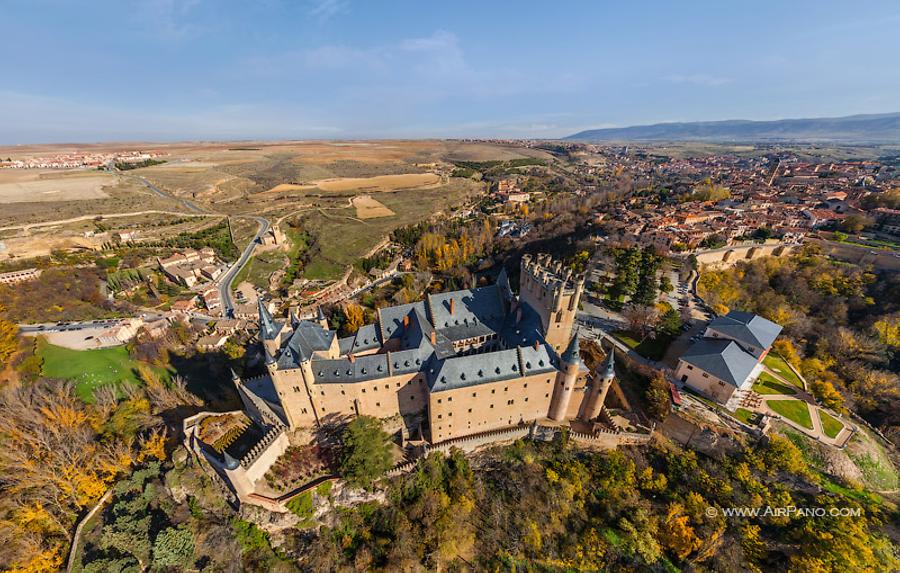 Since King Alfonso VI Segovia still has its walls that protected the city from Arabs. A time before the 3-kilometer-long wall had five gates. Today the wall has only three of them and encircles the historic quarter. 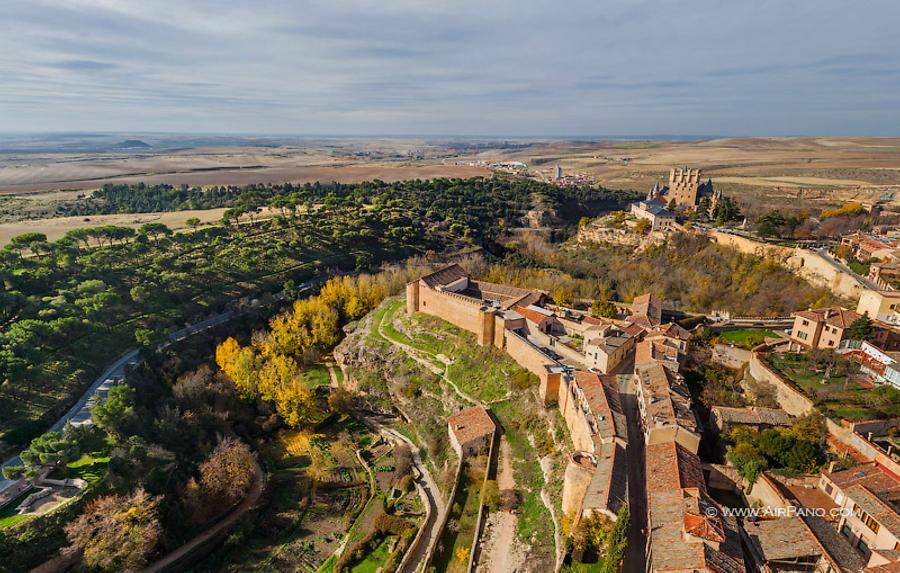 Among other places of interest with a respectful age Segovia has the longest Roman Aqueduct still remaining in Europe. Its exact date of construction is unknown but is assumed to be the first century A.D. The Aqueduct is 728 meters long and 28 meters high and still plays a great role in providing the city with water. 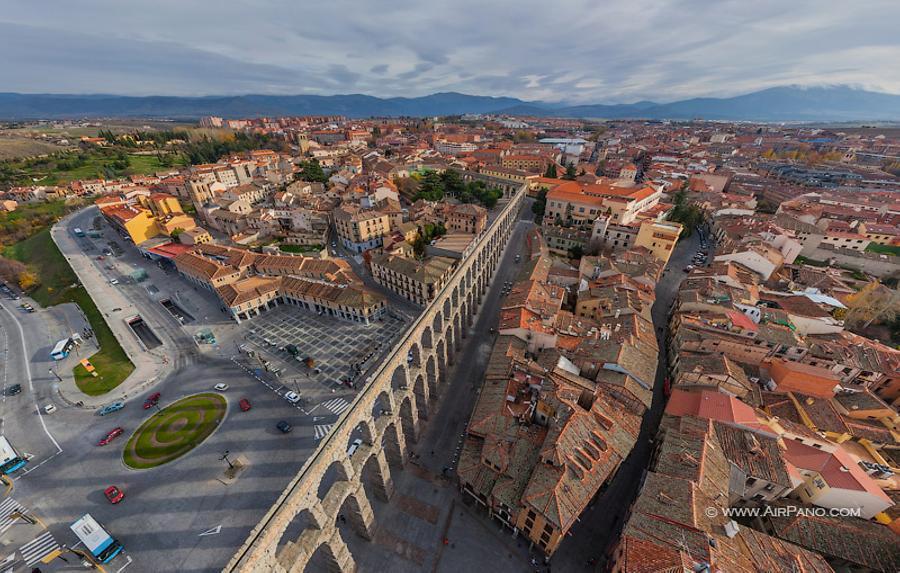 The XIII century of Segovia is famous for the following monuments. The Convent of Santa Cruz la Real and the La Vera Cruz church that belonged to the Templars. The catholic Monastery of Santa María del Parral founded in the XV century is a wonderful composition of the gothic, mudéjar and plateresco architectural styles. 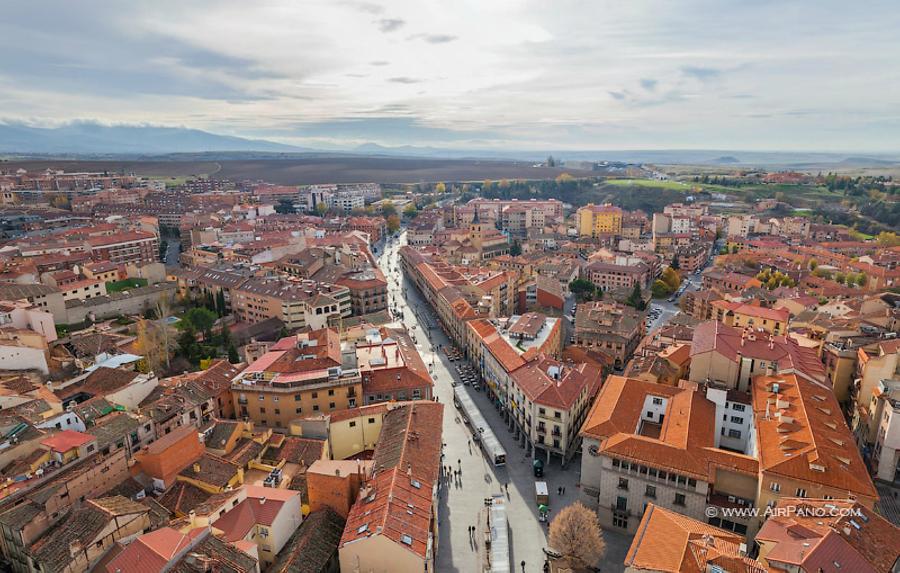 Segovia Cathedral (1525-1577) is considered to be the last Gothic-style cathedral built in Europe. Being 105 meters long it is 50 meters wide and 33 meters high. The bell-tower is 88 meters high. For comparison, the famous Gothic Cologne Cathedral that is one of the world's highest churches on the planet is 157 meters high and was built since the XIII century. 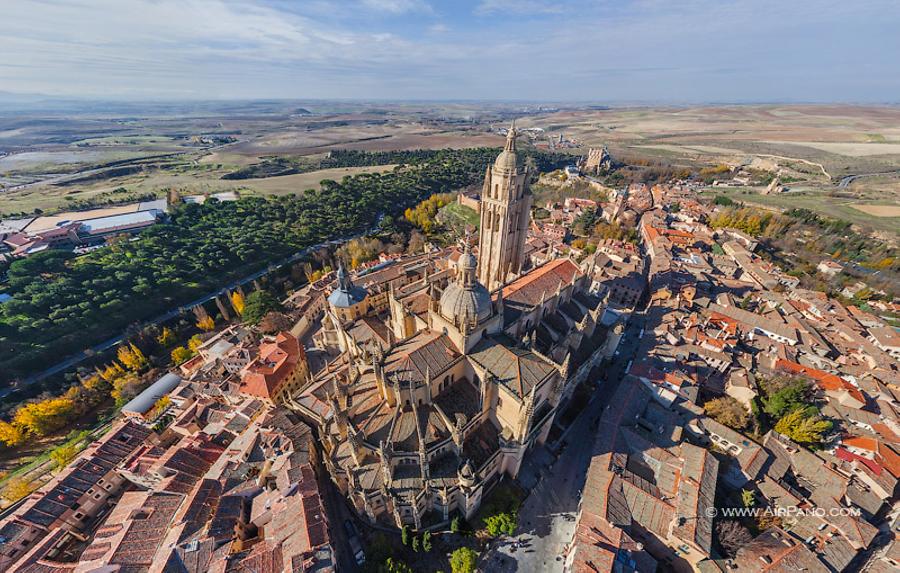 The modern city of Segovia is beautiful for its parks and curious tourists would love the variety of local museums. We invite you to take a walk through these historical places that are World Heritage Sites of UNESCO since 1985.