Being the capital of Spain and its largest city, Madrid is also a popular tourist destination. Variety of monuments from different epochs, rich history, and unique culture attract tourists from around the world. Madrid's official symbol is a bear eating fruits from a strawberry tree. The statue reflects the scale of the city growth, and also serves as a reminder of the times when wild bears roamed where Madrid's landmarks are located now. 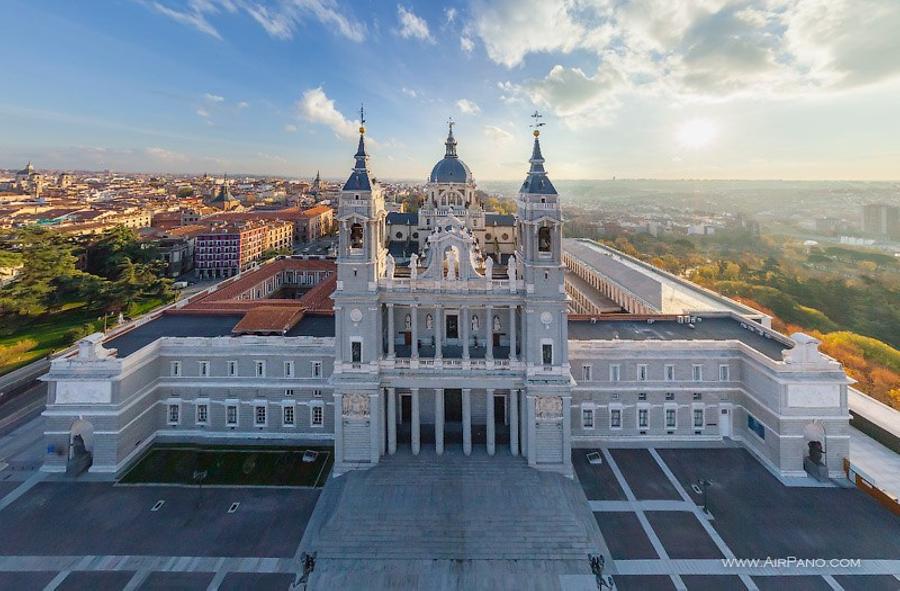 Madrid built on a plateau at an altitude of 650 meters. In 852 its steep location inspired the emir Muhammad I to build Alcazar, a Muslim fortress of great importance. Over the course of numerous wars, the citadel changed its owners several times. In 1083 Alfonso VI conquered Alcazar, and the city became a stronghold of the Christians in their struggle against the Moors. 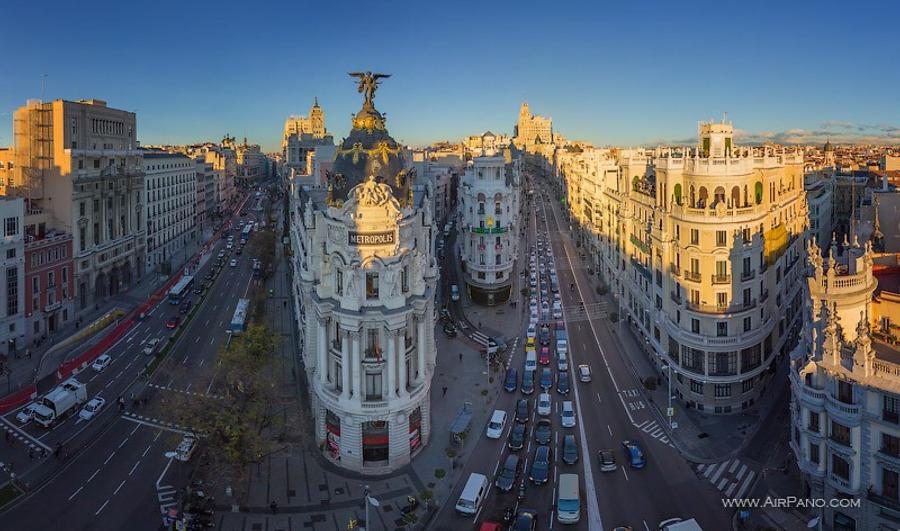 Five centuries later the city of Madrid was proclaimed the capital of State and Empire. It caused a high level of migration: the population of Madrid has increased threefold (up to 60 thousand people) during few years, which promoted active growth of construction industry, especially in residential areas. Although the Kingdom of Spain lost most of its power during 17th century, the city of Madrid continued enjoying its "golden" age for many more years. Lope de Vega, Cervantes, Calderon, Diego Velázquez, and Francisco de Zurbaran lived and worked in Madrid. A lot of efforts were put to developing arts and science: El Prado Museum, Royal Botanic Gardens, and Royal Academies were established here; and Royal glass, tapestry, and porcelain factories gave a significant boost to the industry development. As a result, by the end of 18th century Madrid's population was 170 thousand people. 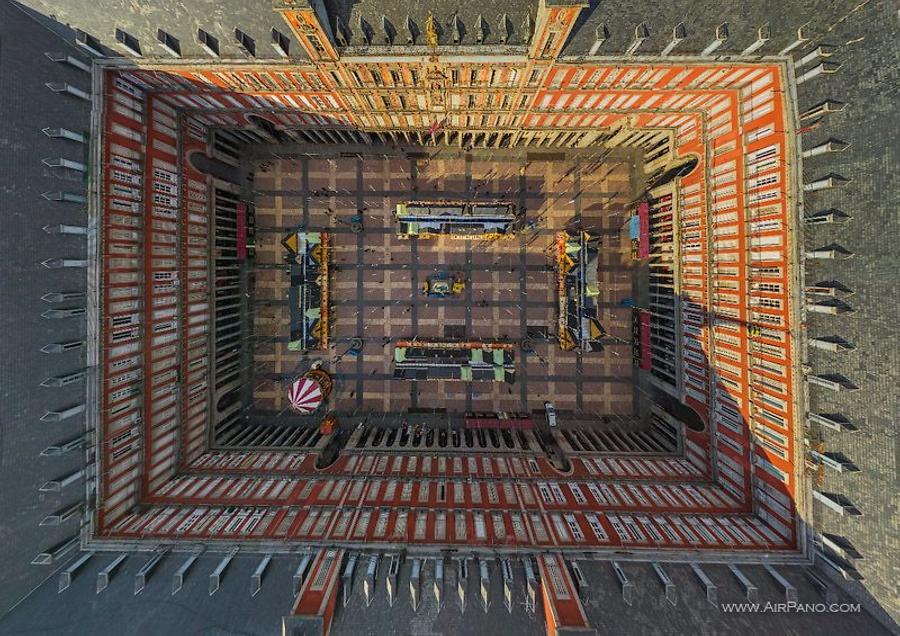 Above the Plaza Mayor

In 1808 Napoleon's army took Madrid; the Liberation war became Spanish Revolution. Next grand remodeling of Madrid happened at the end of 19th — beginning of 20th centuries, as if the city has decided to start its life from a clean slate: many old city walls and monasteries were demolished; wide boulevards took place of old city streets, and new Modern-style buildings appeared along the roads. There were electricity, telephone communication, city trams, and subway system in Madrid. And finally, Telefónica Company erected first sky-scrapper in the capital of Spain in 1929. 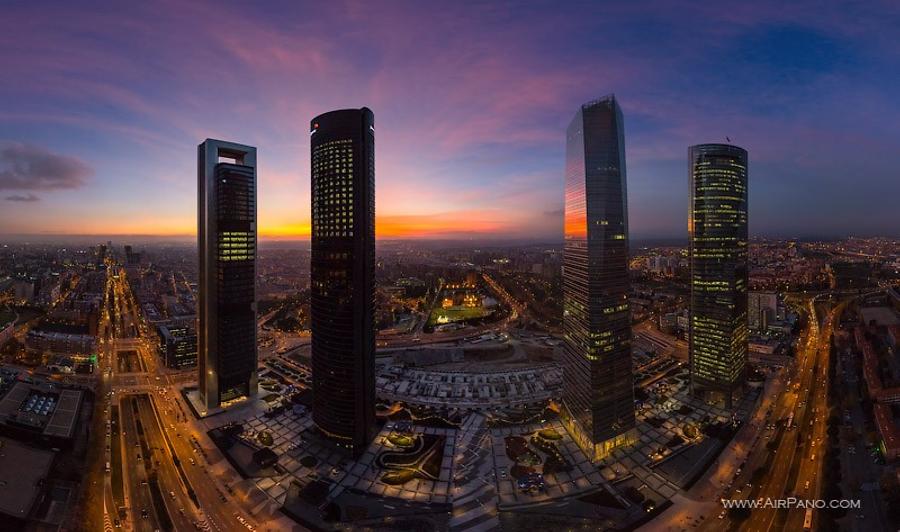 Some of the historical monuments were damaged during Civil War. However starting 1950s the city of Madrid entered its period of growth again. Saving landmarks of its legendary past, Madrid went on building new exciting architectural masterpieces.

Cibeles Palace, or the Palace of Communication

Today's population of Spain's capital is over three and a half million people. The city of Madrid is located right in the middle of the country. Puerta del Sol, the central city square, features Zero Kilometer sign, which is the beginning of the radial network of all main Spanish roads. 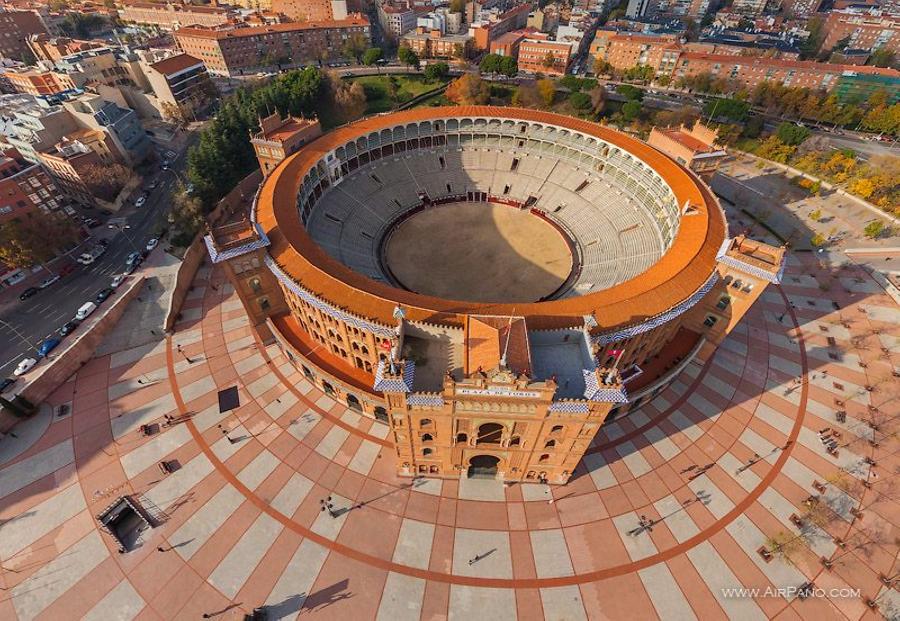 Located 300 kilometers away from the sea, the city of Madrid doesn't have its own beaches. However, comparing to other European capitol cities, Madrid has a leading number of parks. The splendid beauty of Madrid's nature and cultural landmarks are available for you on our virtual panoramas. Enjoy! 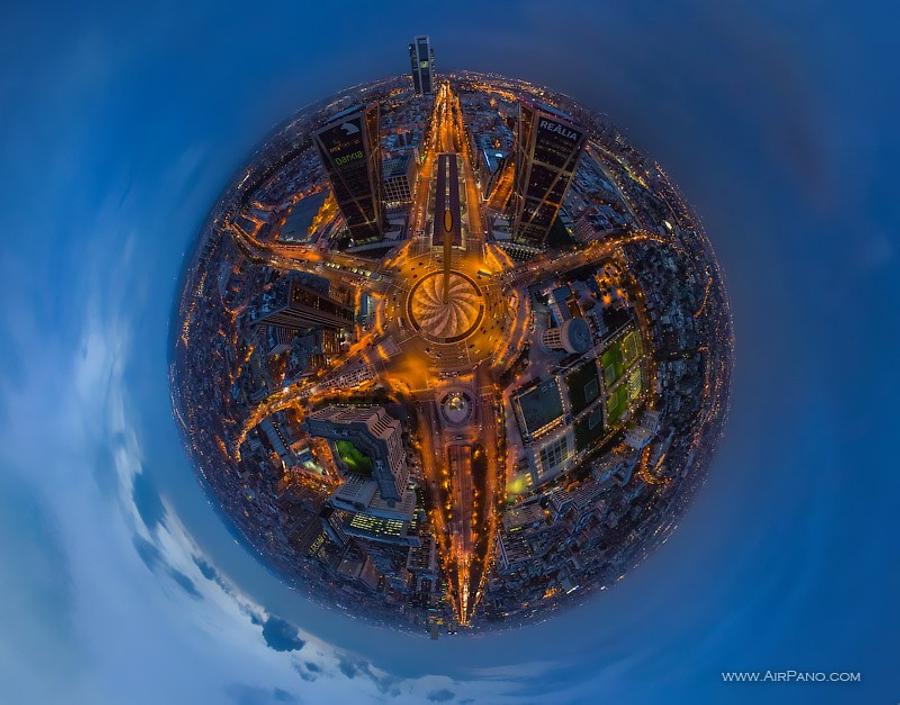 The Gate of Europe towers