Photos by Stanislav Sedov and Sergey Semenov, members of the AirPano Team that is a member of the global-geography Consortium.

Norway consists of more than 50,000 islands having different dimensions. The largest ones with the area of more than 5,000 sq km refer to the archipelago of Svalbard. But without counting them, the second largest Norwegian island is Senja, which has 1,586 sq km of land. The island is located along the Troms county coastline and connected to the mainland by a 1,200 meters long bridge. 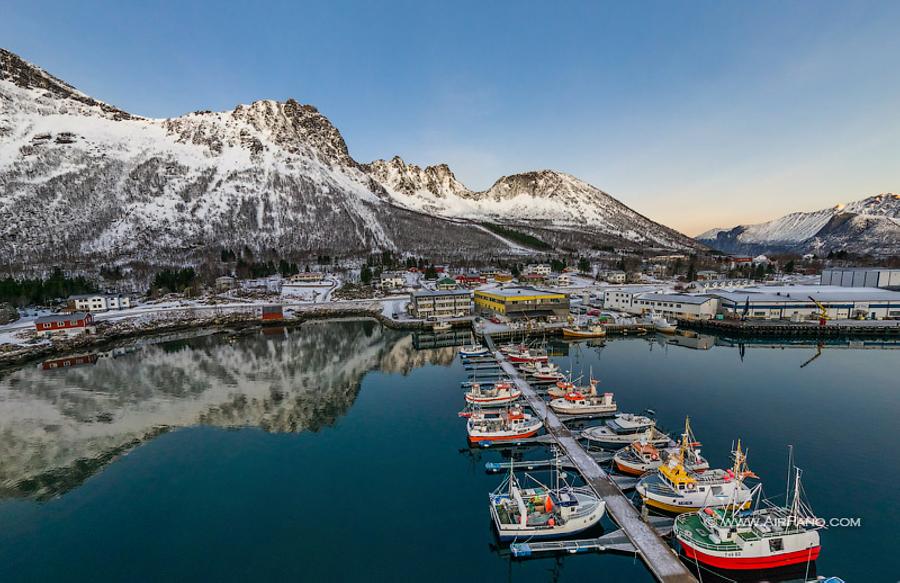 Senja is often referred to as "Norway in miniature", as its diverse scenery reflects almost the entire span of nature of this northern country. Even the coastline of Senja reflects an amazing contrast: the eastern one, facing the mainland, is covered with vegetation, while the western coast is gloomy and looks like a truly northern severe land. For example, there is a rock ridge called the "Devil's Jaw": outstanding but unfriendly mountains are lined up in a row. 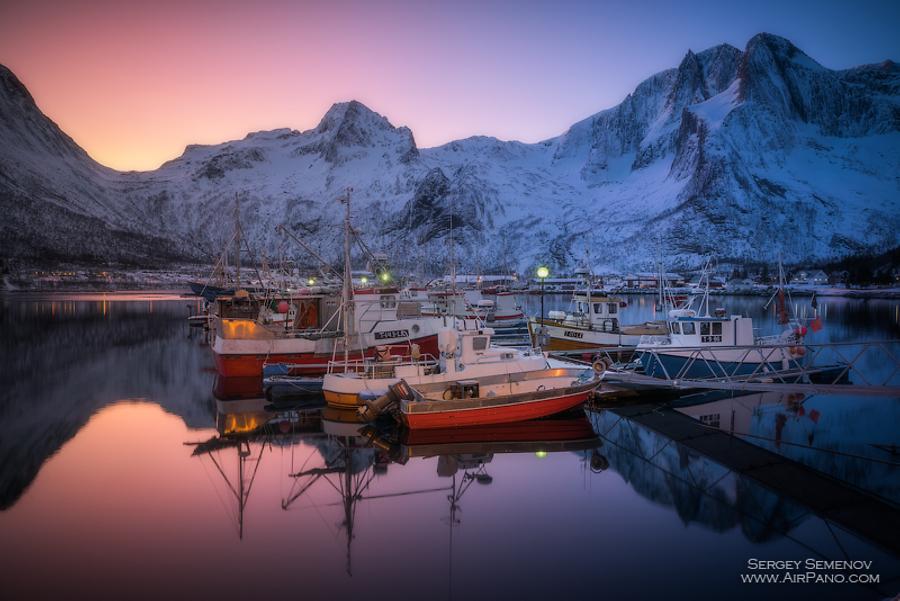 But still, it was along the outer coastline that people used to live on, as it was the place of coming of a bigger amount of fish. Now the priority has moved to the inner coasts of the island: a milder climate makes the life more comfortable and allows to develop the agriculture. Although, tourists tend to visit all the corners of Senja, because each one has its own interesting features. 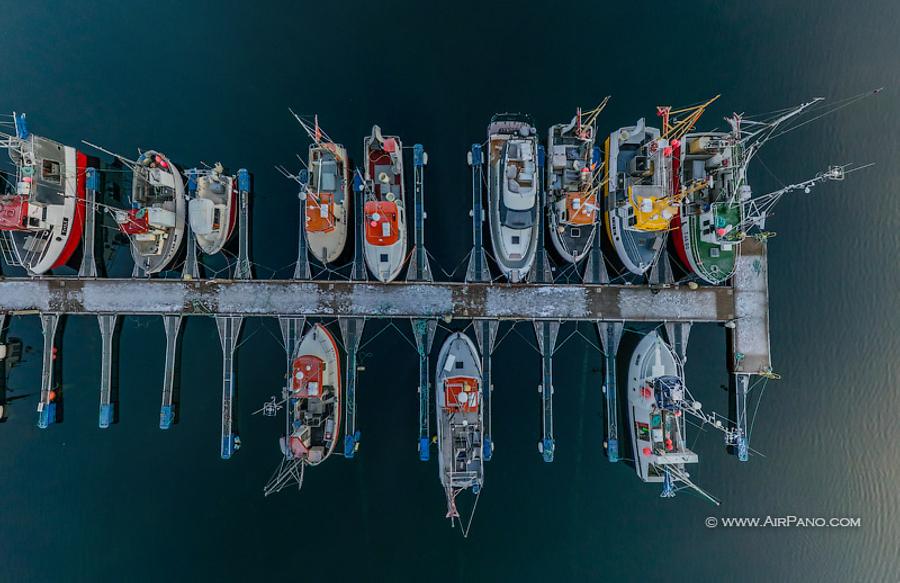 Senja is among 18 national tourist routes of the country. Ånderdalen National Park was created to save unique local forests and occupies around 125 sq km of the territory of the island. Some pines that grow here are more than 500 years old! There are 200 species of alpine vegetation in addition to diversity of animals, birds and fish. The island has several interesting museums, and one of the country's most famous historical monuments — the world's first hydroelectric power plant that was built in 1882 for the needs of Senjens Nikkelverk mining plant. 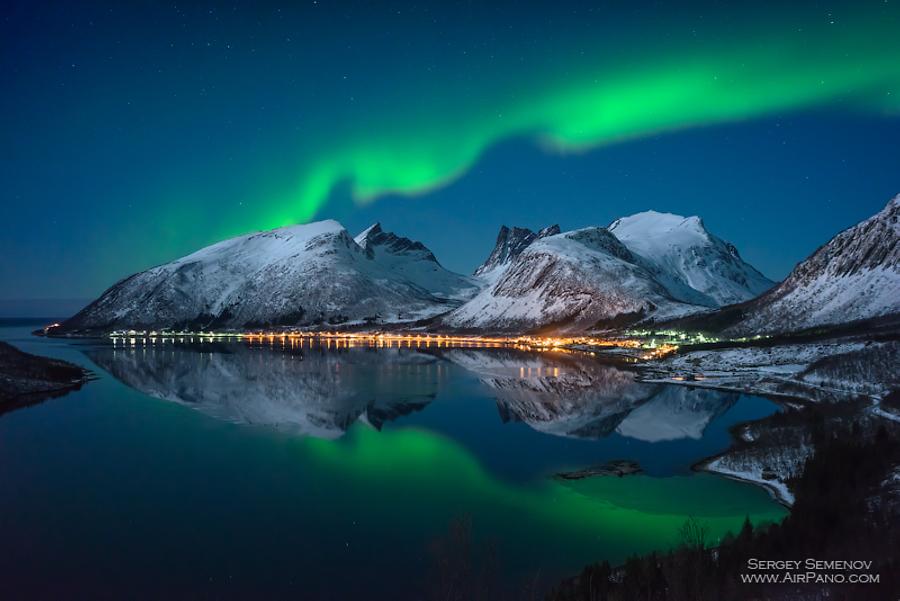 Senjatrollet amusement park is located on the western coast and is one of the most unusual parks of its kind in the world. Its main sight is the 18 meters high statue that entered the Guinness World Records Book as the world's largest troll. The creature, together with its "wife" and "children", is handmade: they were created out of plastic and metal. Inside, there is the amazing adventure world based on ancient Norwegian legends. 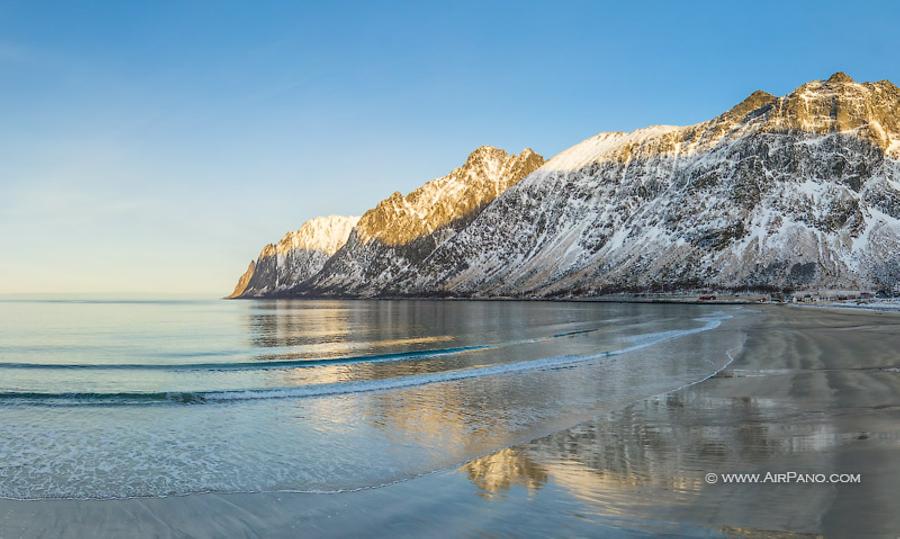 Senja is a truly miniature copy of the country: forests, rocks, rivers, lakes, fjords, fishing, northern lights, watching the whales, skiing and trolls — that's what Norway is famous for, and all these things can be found on this island. And you can see it with your own eyes by taking the AirPano virtual tour!