by Stas Sedov, Sergey Semenov, members of the AirPano Team that is a member of the global-geography Consortium.

Lying north of the Arctic circle within the severe waters of the Norwegian sea, the Lofoten archipelago is known for its wild nature, majestic mountains, deep fjords, noisy bird settlements, the purest water and long sandy beaches. These lands were the habitat for Vikings and they still have some evidence of their life. In the small village of Borg, archaeologists uncovered the longest Viking dwelling ever found. An 83-meters-long house was restored and now operates as a historical museum of the legendary Vikings. 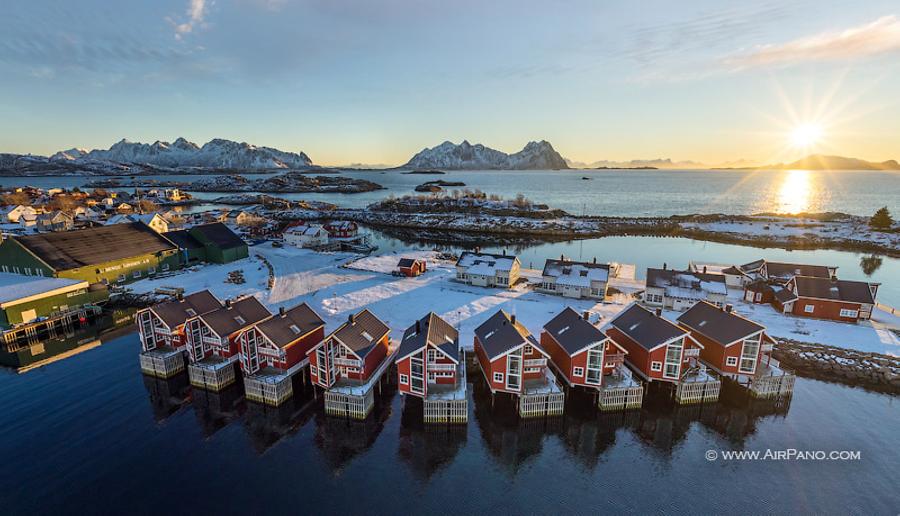 Comparing to other places lying on the same latitude, the Lofotens feature a rather mild climate due to the Gulf Stream. Between May and July there is the period of the midnight sun, and from the middle of September to the middle of April the colourful Polar lights can be witnessed. An unstable weather together with an incredible light of these lands always attracted lots of artists. In the same way, AirPano team engaged in the creation of 360° panoramas of the most outstanding corners of the Earth could not overlook the wonderful landscapes of this archipelago. 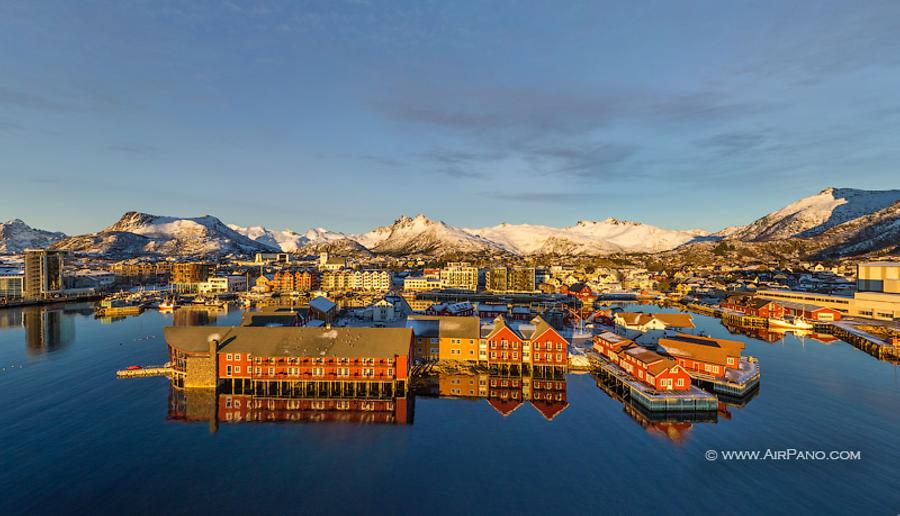 In the late 1970s, Reine, a fishing village, was announced by Allers magazine to be the most beautiful village in Norway. Photos of Reine have been used for the front page of many tourist brochures and guidebooks. The 0.29-square-kilometre village found itself around the fjord at the foot of the surrounding mountains. The sea crashing on rocks, colourful fishing huts, picturesque sunsets and sunrises attract thousands of guests annually. 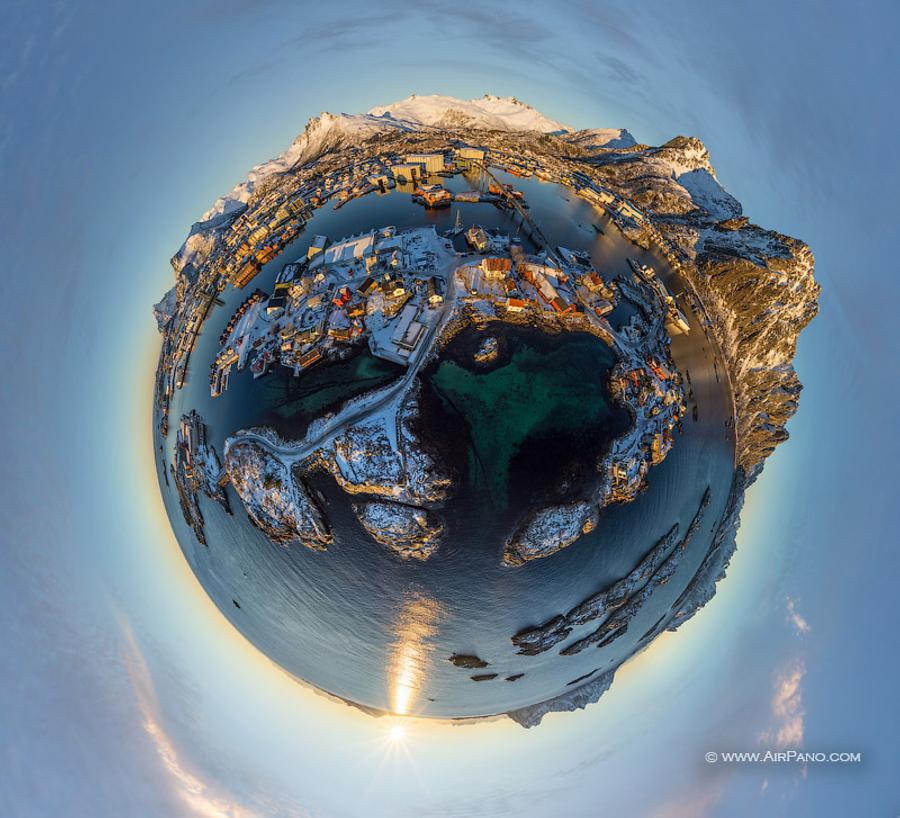 The small town of Svolvær is famous for being one of the best places in the world for watching whales. But it is known not only for nature but for its history as well. Although the climate is severe, people inhabited these lands back in 800 BC. The amount of fish was enough not only for feeding but also for a successful trade. And more than 900 years ago the first Christian church in the Northern Norway was built here.

The traditional fishing village architecture is a feature of Henningsvær, which lies 20 kilometres south-west of Svolvær, while a small island of Skjåholmen is known for having a 25-meters lighthouse that was built in the beginning of the 20th century.

Being so far to the north of the Arctic circle, AirPano team couldn't help checking other interesting places of Norway. One of the most impressing sites is the 12-kilometers-long Ersfjord on the island of Senja. The rocky mountains of this fjord raise at 800 meters and meet the sea, creating a spectacular view.

Aerial panoramas revealing the bird's eye view of these lands will help you to appreciate the beauty of this remote corner of the Earth with its pristine nature.