One month ago, Sergey Shandin and I went to Holland to photograph tulip fields, among other things. However, the unusually warm spring almost ruined our plans. When we arrived at the famous Keukenhof Park, featured in practically every travel guidebook, we realized that there were almost no tulips left to shoot: park workers were cutting the remaining flower fields right in front of us. Needless to say, we immediately flew our helicopter and took some pictures, but the result was rather disappointing. 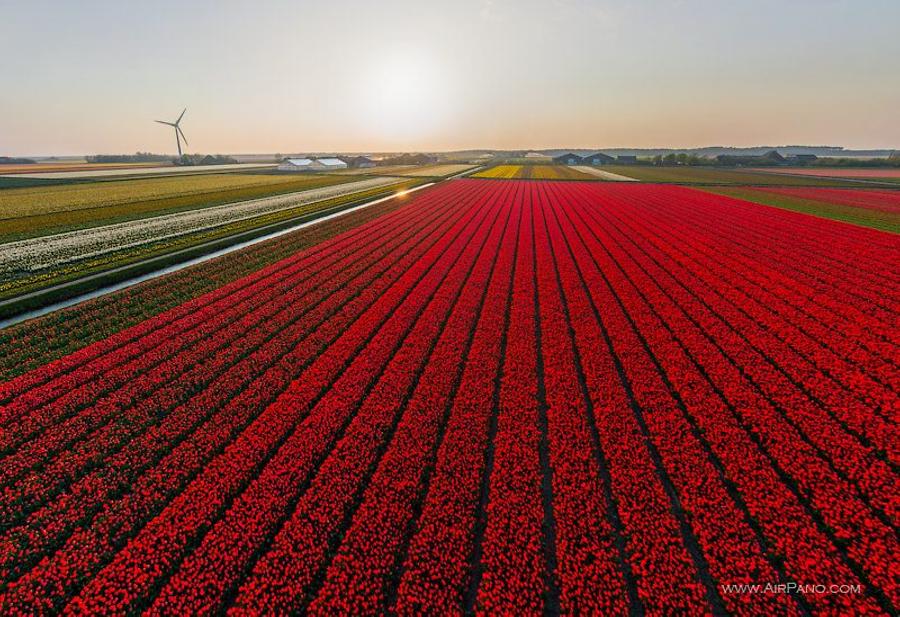 We spent the entire day driving through the neighboring areas, where we found several fields of tulips, but they were rather small. Besides, almost all of them were heavily fenced off from nosy tourists. 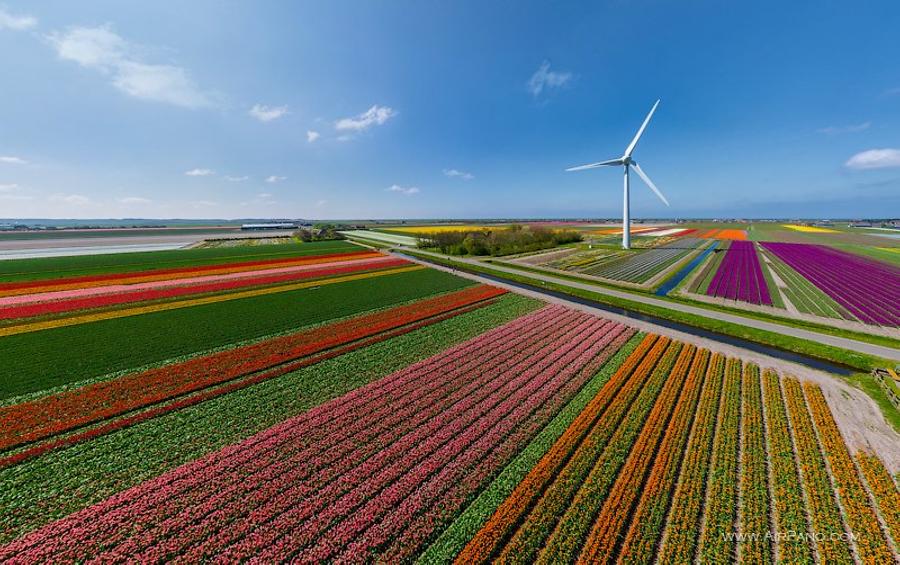 In the evening, Sergey googled up pretty decent aerial photographs of a tulip field. The location of these photos was unclear, however, I managed to find its precise coordinates with the help of satellite maps. The downside was that the field was located on the other side of the country. The good part was that the "other side of the country" was only about 100 kilometers away from our hotel. So, we decided to give it a try on the following day. 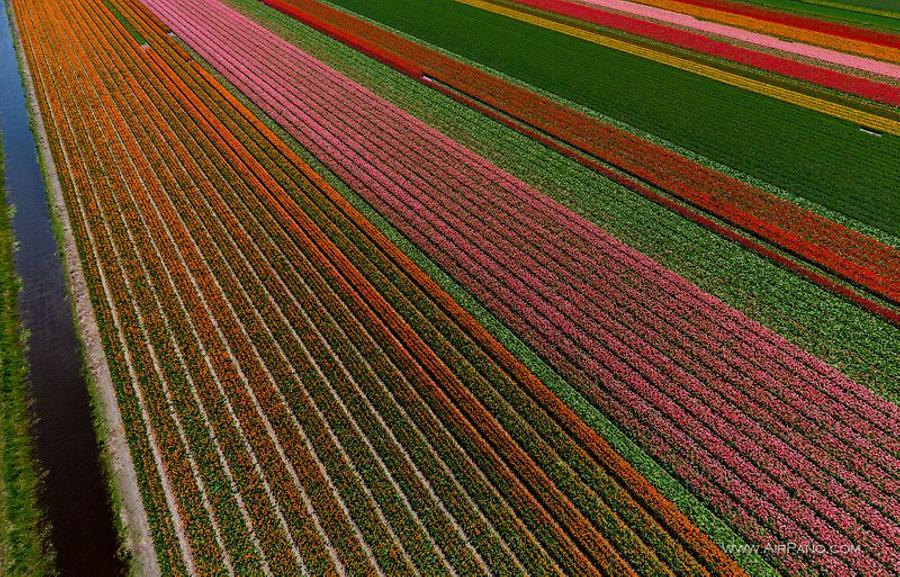 It was clear after our first flight that we were right about this place. The tulips had not yet been cut completely, and there were practically no tourists around. We worked with all the gusto we had, trying to capture the most interesting angles that were impossible to shoot from a regular plane.

And here are few facts about country of tulips.

Despite the fact that the tulips are the most famous symbol of Netherlands, the people of Holland have not been familiar with these amazing flowers until the middle of the 16th century. The first few bulbs were brought to the country by the professor of botany, Carolus Clusius (also known as Charles de l'Écluse) from Austria, where the bulbs, in turn, had arrived from Turkey. 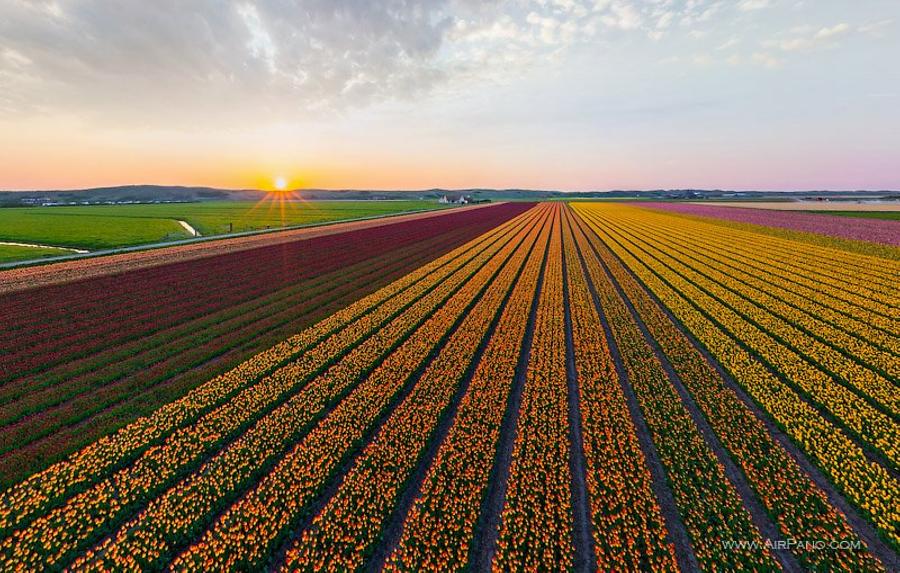 With great enthusiasm, professor Clusius dove into a cultivation of tulips and soon received impressive results. With additional help from favorable climate conditions and soil structure, the entire Holland soon was swept away by "tulipmania." The demand for the flowers was so big that people, regardless of their social status, spent a fortune just to possess a rare bulb, which at times could cost more than gold. The history knows of a buyer who exchanged his beer bar that cost 30,000 florins, for one bulb of a tulip. 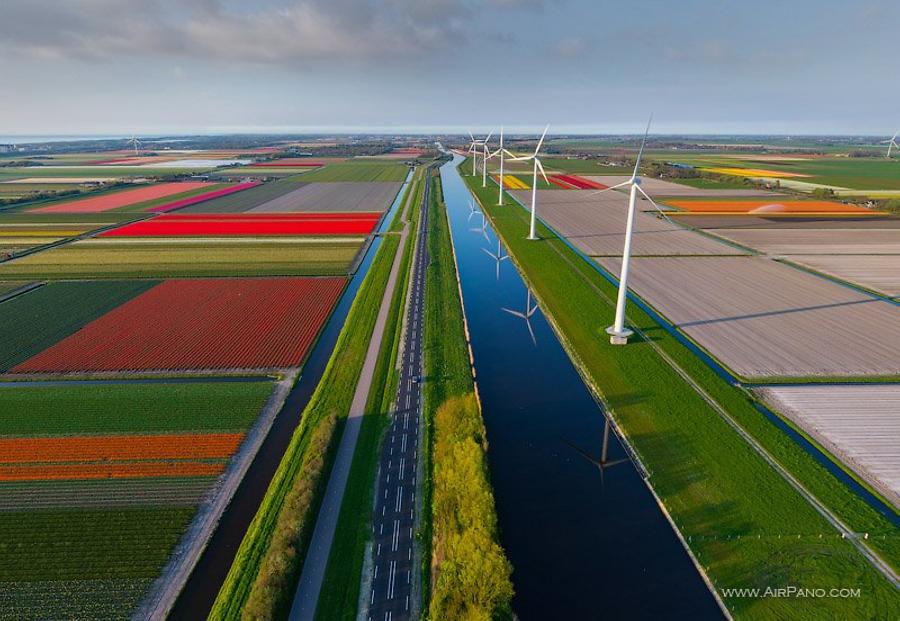 Soon, this tulip craze reached such an enormous scale that the government had to interfere and put an end to the trade. In 1637, they passed a law prohibiting all business operations with tulips. Bulb prices dropped at the speed of lightning, and the entire tulip market crashed. It took the country a long time to recover after such a large "flower crisis". But, then, business oriented Hollanders figured out a new profitable way to make money: exporting tulips abroad. 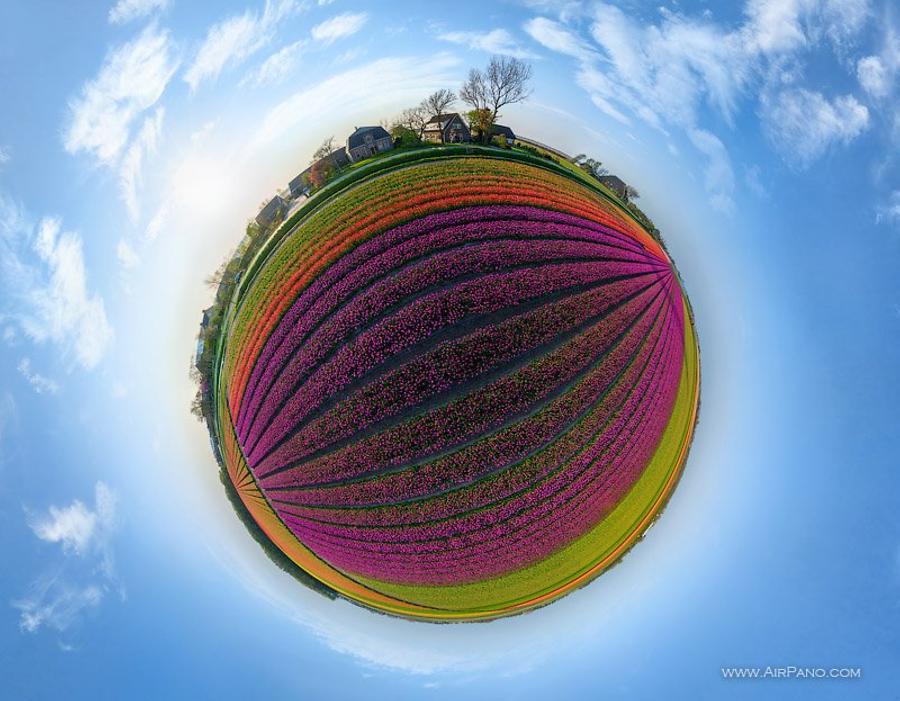 Today, Holland grows about three fourths of the world market supply of tulips. The Keukenhof Park, mentioned above, is not the only place to see tulips. During their short blooming period, (no more than 2 weeks in the spring) the entire country turns into a bright "tapestry" full of colors, and also — when looking from above — an amazing geometry of beautiful lines.

11 Panoramas of Holland the Country of Tulips