by Oleg Gaponyuk, Stas Sedov and Sergey Shandin, members of the AirPano Team that is a member of the global-geography Consortium.

There are several places in Holland that are not much visited by tourists. Being situated 20 kilometers from Amsterdam, Naarden is a little quiet town which has a very interesting history. The town was built in its present form in the 17th century after the French army had been driven out. Previously, an old and dilapidated fortress was situated in this place, so it was not that hard for the French to occupy it. But the Dutchmen managed to bring back their lands with the help of the sea. They flooded the lands which had been earlier reclaimed from the water, so the French and their allies had to retreat. 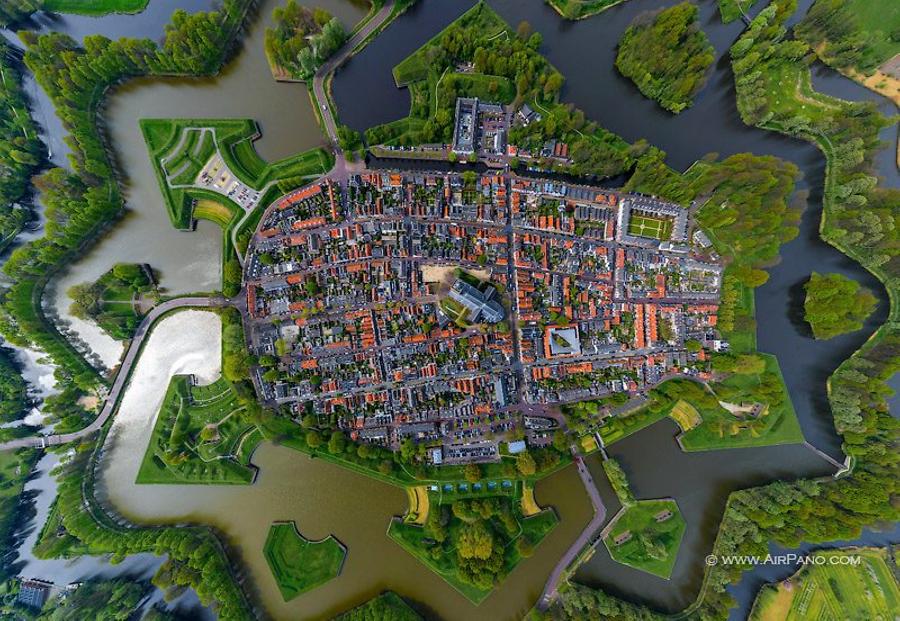 Having gained back the town, the Dutchmen built a new fortress with fortifications which met the military requirements of that time. In the 19th century they were additionally improved: barracks and bomb shelters were created, the artillery might of the fortress was increased. 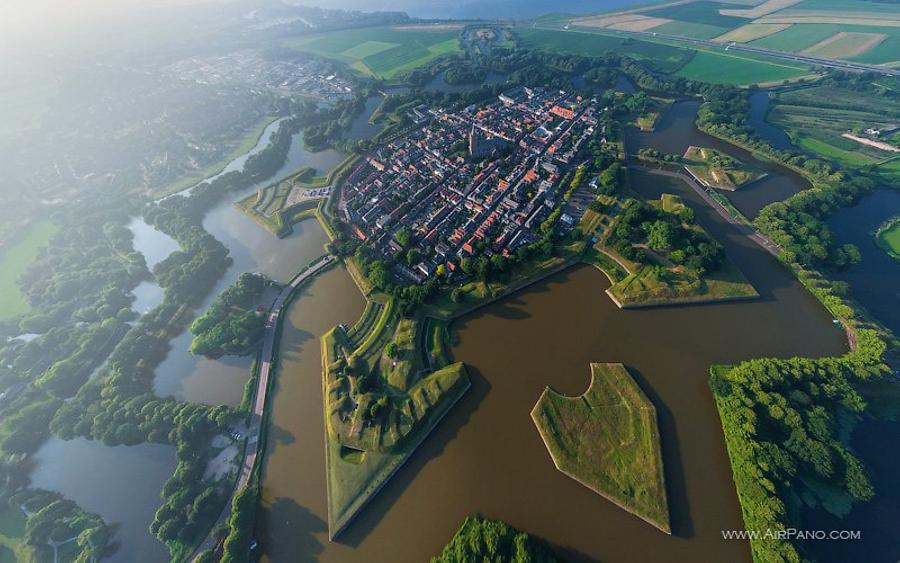 After the First World War Naarden lost its military importance and became a kind of ‘monument-town', where a lot of ancient fortifications remained well preserved. Nowadays one can take a walk around tunnels and casemates of the ancient fortress or sail on a boat through the canal which surrounds the defensive wall. The Old Town is not high, only the belfry of The Great Church (Grote Kerk) is rising in the middle of it. Comparing to Amsterdam, Naarden seems to be a rather quit town, even sleepy. Its mighty bastions are surrounded by straight rows of trees, the menacing cannons are laid on mowed lawns. 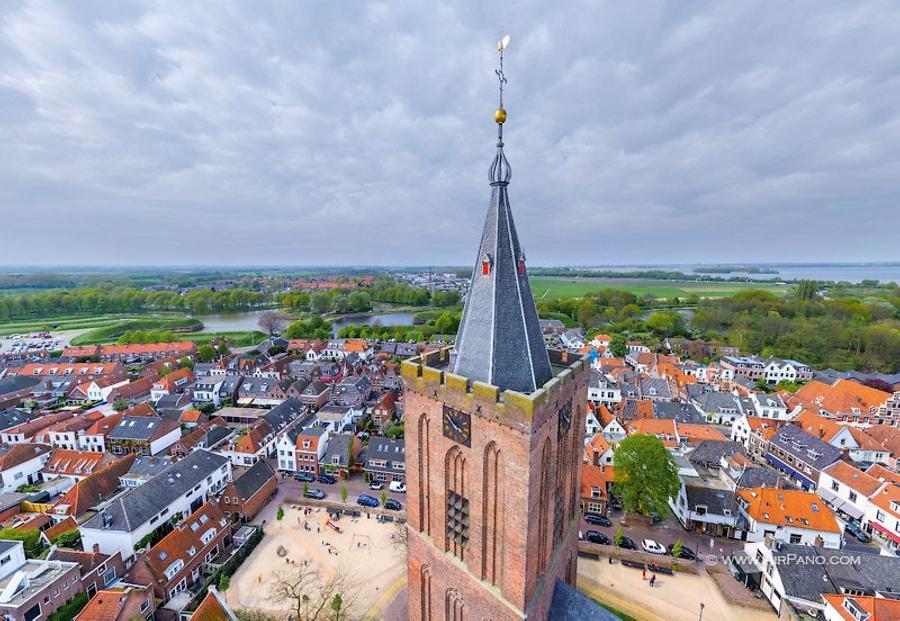 We happened to come to Naarden on a gloomy day, which is so common for Holland. The low-hanging grey sky was ready to break out with heavy rain, so we hurried to lift our copter into the air and take several photos. It is so quiet in this town, that the noise of our copter soon spread over the territory and caught attention of local people. They came up. The main problem photographers come across with in Holland is the observance of privacy: you can do whatever you want, but you must not touch upon the private life. So we explained that we were not going to take photos of anyone personally, peep in at any window, and that we just wanted to take several photos from above. 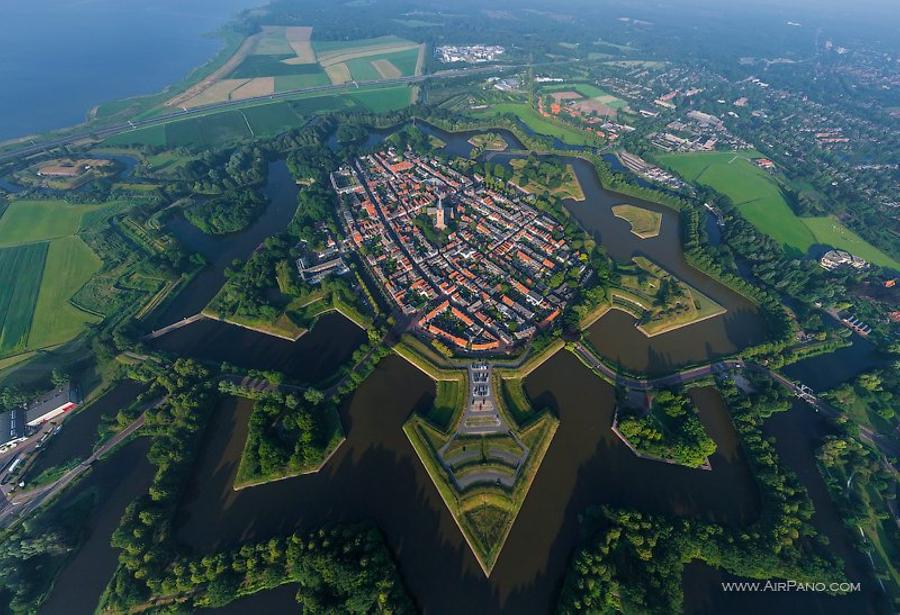 Then we made several panoramas at different levels. Even from the height of the Great Church one can see the whole area of the Old Town. But our copter gained more altitude, so that the contour of the bastion in a form of a star, which is surrounded by the double circle of canals, can be seen. The present day part of Naarden is beyond the scope of the old fortress and almost unites the neighbouring town Bussum. To the north of the town Lake Gooimeer sparkles. All these spectacular sceneries you can see in our panoramas.