by Sergey Shandin, Stas Sedov, Dmitry Moiseenko, members of the AirPano Team that is a member of the global-geography Consortium.

The Curonian Spit is stretching along the coast of the Baltic Sea: lying partly in Russia, partly in Lithuania, it has the total length of 98 kilometres. The name of this sand-dune spit, which separates the Curonian Lagoon from the Baltic Sea, is connected to the ancient tribe called Curonians who had been inhabiting these lands long before the colonization of Prussia by Germans. In 2000 the Spit was listed as a World Natural Heritage Site by UNESCO for its unique relief and biodiversity.

The width of this sandy stripe varies from 400 to 3800 meters. The border between Russia and Lithuania is on the 49th kilometre, if counted from Zelenograd (Kaliningrad region). Both countries consider the Spit to be the area of nature conservation with the National Park status. The main part of its territory (72%) is occupied by forest: more than 600 species of trees, bushes and plants grow here. As for the animals, this area is home for the moose, the roe, the wild boar, the fox — 296 species in total. But in the first place the Curonian Spit is famous for the number of birds. This place is a part of the ancient migration route that 160 species of birds use when leaving the northern regions of Europe for warmer places. During the migration period around 1 million birds fly over the Spit, and 102 species permanently have their nests there. That's why the Curonian Spit got an unofficial name "the Bird's Bridge". There is also the oldest ornithologist station that was founded back in 1901 and still study the birds. 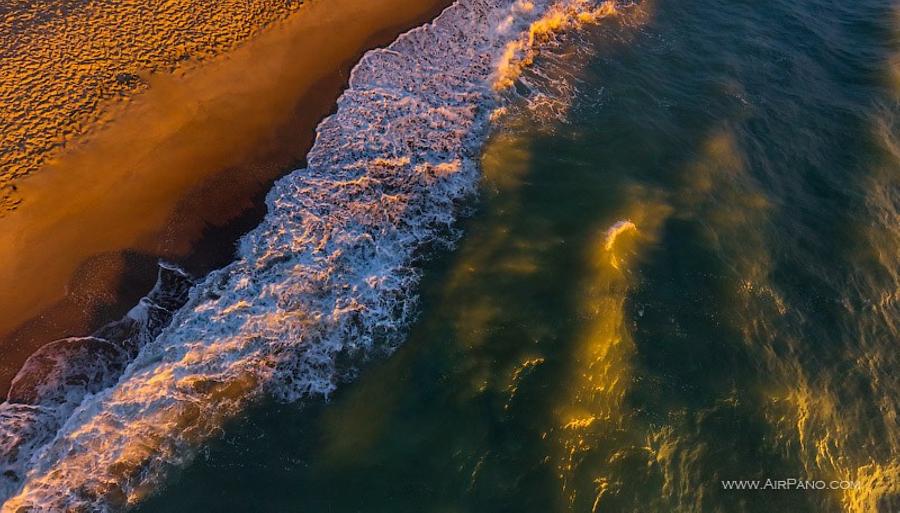 Both sides of the Spit possess sandy beaches allowing you to swim in both the freshwaters of lagoon and the salty Baltic Sea at your choice. Though the holiday season itself is rather short, you can enjoy the natural landmarks of the Spit between May and November. A lot of very interesting touristic routes have been created here, some of them can be seen in our panoramas. One of them is Müller's Height (44.6 meters) — the highest point of Bruchberg Dune located next to the Rybachy (Fisherman) settlement. The height was named after the former ranger working at Koenigsberg Division of Forestry: his work and systematic research on forest soils helped to preserve the unique dunes, prevent the movement of drifting sands and save the village. 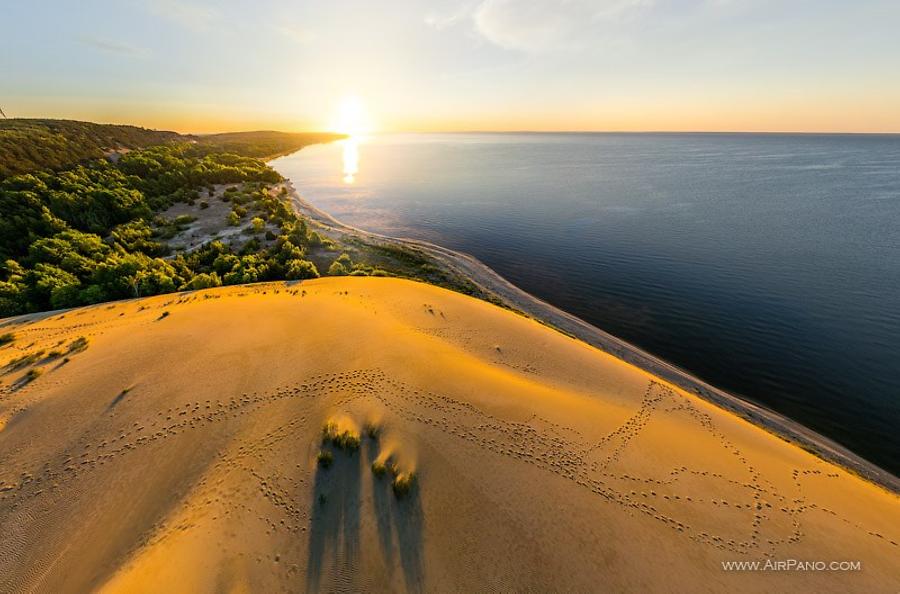 The Bruchberg Dune is a point which reveals picturesque views of the sea, the waters of the Curonian Lagoon, Lake Chaika and several settlements. But there are even higher points on the Spit: near Lake Lebed there is a ridge raising up to 54 meters (the Olenya buda Dune). Another elevated point is Efa's Height, located at the top of the Orekhovaya Dune and having the altitude of 61 meters; it was named after another German eco-scientist. 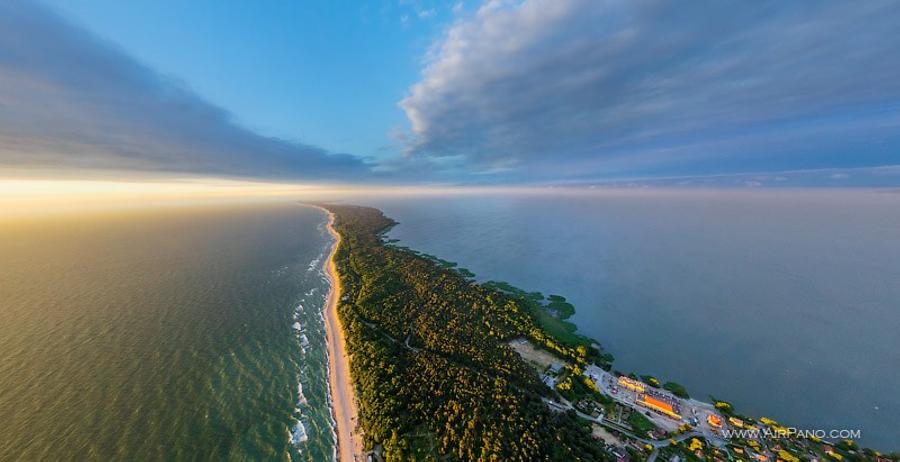 One more unique landmark of the Spit is the Dancing Forest (also known as the Drunken Forest) planted near Rybachy settlement on the Kruglaya Dune in the beginning of the 50s. The pine trunks curved in spirals and circles create an impression of a strange dance. The exact cause of the trees' distortion is unknown. According to the most popular version, the distortion is caused by the activity of caterpillars at an early growth stage. 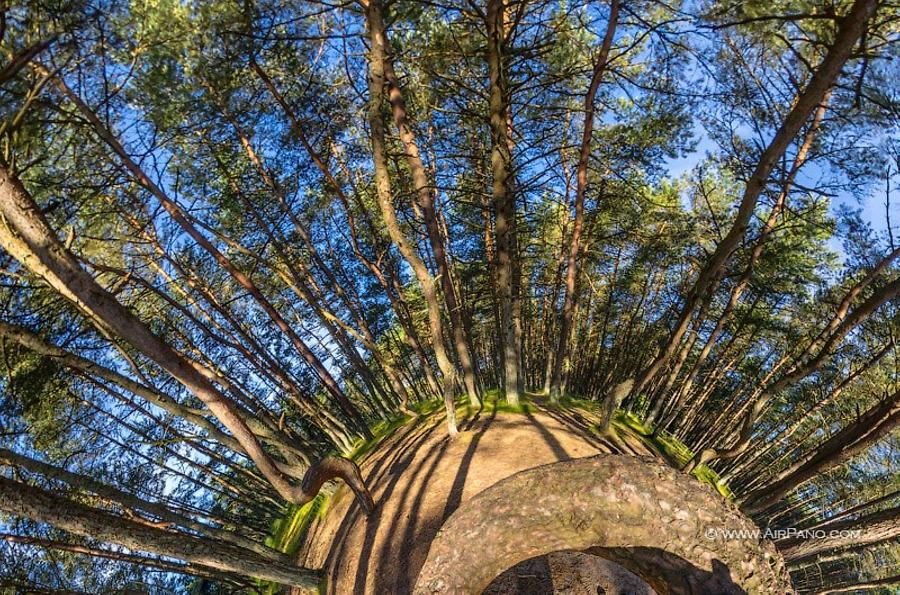 The Lithuanian part of the Spit is not of the less interest. The Parnidis Dune located near the village of Nida possesses an interesting viewpoint, as well as many historical monuments: an ancient fisherman estate and the fortress of Kopgalis where the Lithuanian Sea Museum is located. 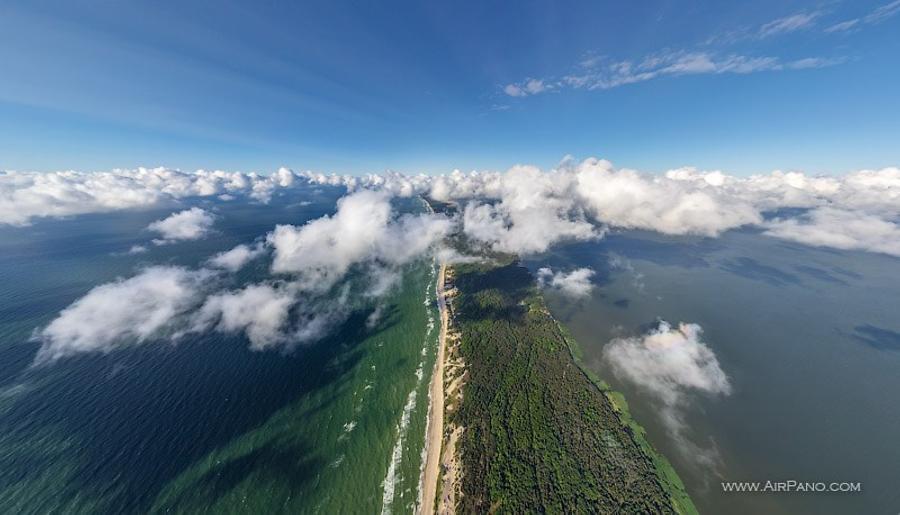 Unfortunately, the Curonian Spit is a rather vulnerable territory. In the beginning of the 17th century deforestation had brought this land to the brink of catastrophe: drifting dunes were about to block roads, bury the buildings and settlements. Only after the drifting sands had caused problems for shipping, the Prussian government (which was in power at that time) took measures to prevent desertification and erosion. In order to prevent the formation of new endangering dunes, an artificial swell stretching along the entire coast was created. 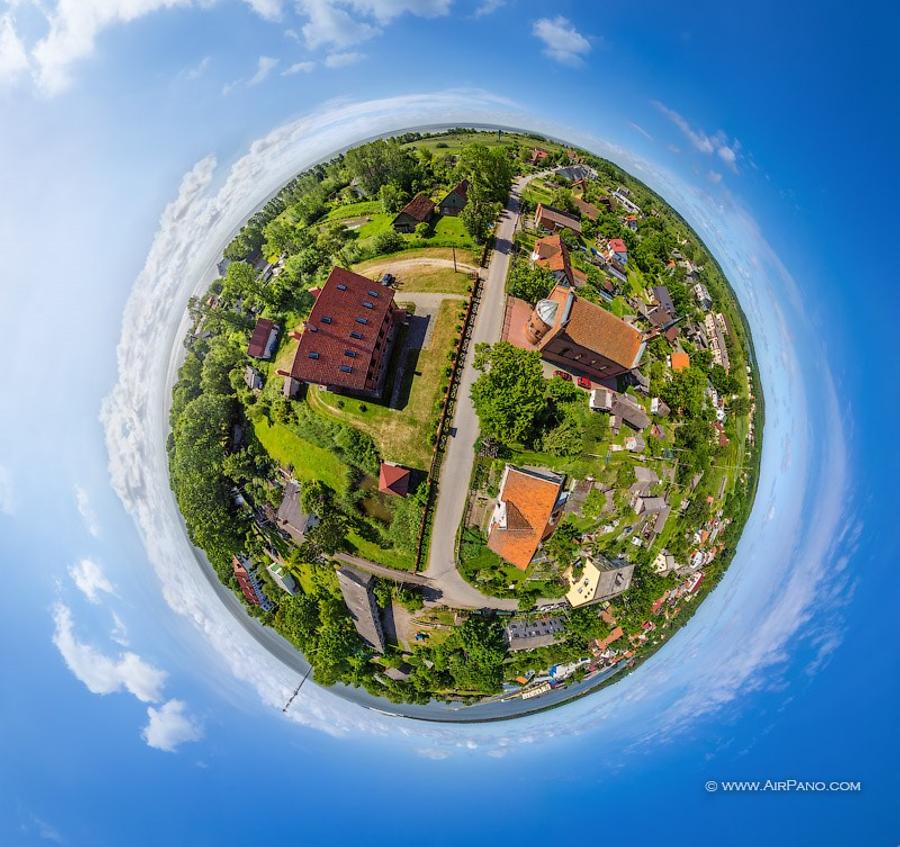 Even nowadays certain measures concerning the conservation of this place are being taken today. But the nature is always one step ahead: the storms of the Baltic Sea coming with strong gusts of winds often erode the sandy beaches and make the dunes slip into the sea. Our panoramas make it possible to preserve the picturesque landscapes of the Curonian Spit at least in the virtual format.