The Witches of Benevento and the magic walnut tree#

The legend of the witches has given to Benevento the fame of ‘Town of the Witches’, and still today in this place you can breathe a magical and intriguing area.#

Made available by Massimo De Santo. 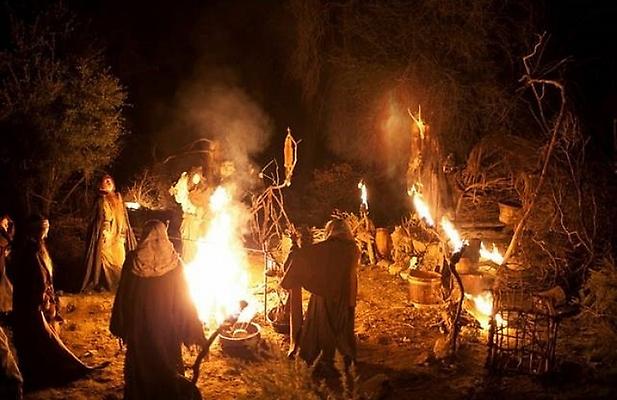 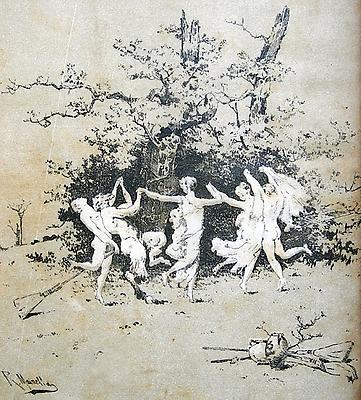 Witches of Benevento/Le streghe di Benevento
Text and picture were kindly made available by the coordinator of the CHIS project , Professor Massimo De Santo from the Insolita Italia Site

It seems that the legend of the witches of Benevento Italy, Benevento dates back to the Samnite and the Roman antiquity, when, in the IV century BC, the ancient colonists of Magna Graecia transplanted in the Samnium the orgiastic worship of Cybele and when Ovid sang the horrendous Styx yearning for children’s blood. But it is true that the saga spread rapidly in Europe in 1600.

Unlike other towns, where the Witches had an often sad fame, Benevento has the record of a suggestive legend that has inspired poets and artists for centuries. Legend that arose when the belief of the existence of the Witches mixed with the echoes of the mysterious orgiastic rites of the Lombards, who in Benevento had settled the capital of their vast southern duchy (as the chief physician Pietro Piperno tells in his ‘De nuce maga’, On the Superstitious Walnut Tree).

During the Renaissance, some of the most famous witches of Italy of that period lived and worked in Benevento: Violante da Pontecorvo, Sorceress Menandra or Sorceress Alcina who, according to Pietro Piperno, author of the book ‘De nuce maga’, lived at around four miles from the town of Benevento, in the village of Pietra Alcina, that is, Pietra Pucina (little stone), which now is called Pietralcina, the Boiarona who had tied some demons to the walnut trees and also the witch Gioconna in addition to the so called Arcistrega of the zone of the Samnium who was tried by the Holy Office of Rome in 1540, famous because she enlisted beautiful apprentices and, after having spread them with enchanted unguent, taught them to fly.

It is told that, among their rites, the witches had the custom to meet, in the nights between Saturday and Sunday, around a big walnut tree to give birth to their demoniac Sabbath. The arrival to the place was rigorously flying on horseback of a broom after having spread themselves with a miraculous unguent that gave them not only the ability to fly, but also to become invisible to indiscreet eyes.

Around the great walnut tree a savage jumble started. People had really fear of these women. In fact, they thought that they could cause abortions and deformities in the newborns and believed that they had the ability to pass under the doors during the night. From here, the term Janara in dialect means in fact ‘door’. Nevertheless, other studies attribute this term to dianare, that is, the priestesses of Diana. In fact, in the Roman era, in these places the worship of Diana was spread, and the emperor Diocletian had made built a temple in her honor.

Therefore, Benevento is really known for its history and for this suggestive legend. It is an ancient place to visit for its charm. A zone to sign in one’s own travel itinerary, maybe to discover where the vast clearing of the magic walnut tree was, where the witches met to make their witchcrafts...

‘...Unguent, unguent, Carry me to the walnut tree of Benevento, Above the water and above the wind, And above all other bad weather...’