Reykjavik, capital of Iceland and the northernmost capital of the world, was founded by Ingólfur Arnarson, a Norwegian Viking, who decided to settle down and farm somewhere far away from his homeland. In 874 he built a farm on the southeastern tip of Iceland and called this area Reykjavík, which stands for "Bay of Smoke". The name refers to pillars of steam coming from hot springs. They made a deep impression on Norwegians who has never seen anything like it before. 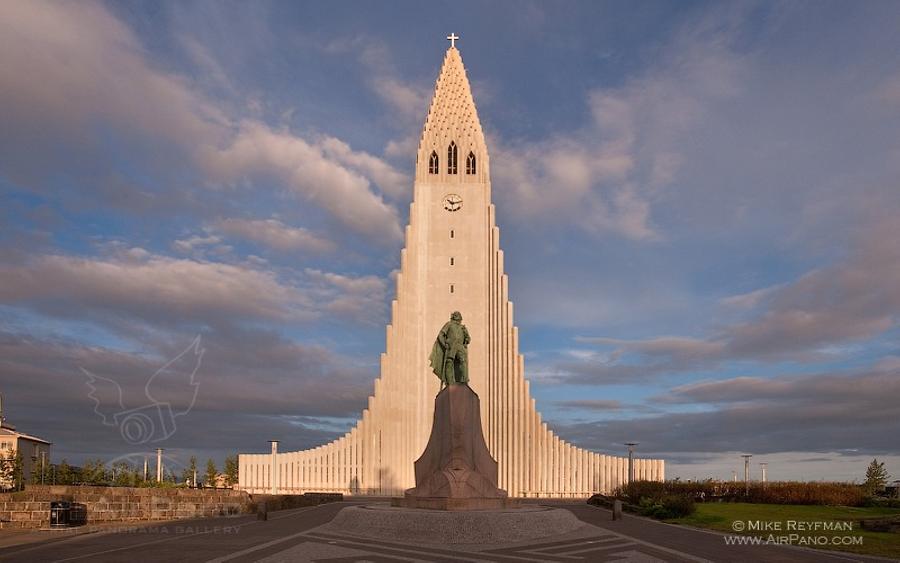 For four centuries later Reykjavik has been known as a tax collection center and an important trading hub with Norway, England, and Hanse. However it was Skúli Magnússon, a prominent economist and businessman of his time, who made the farmland grow into a city. He built several manufactories for spinning, weaving, wool dyeing, leather tanning, as well as manufacturing of fishing gear, furs, salt, and sulfur. Main office of the company was also located here. All of it resulted in fast growth of Reykjavik to the degree that now Skúli Magnusson — not Viking Arnarson — is officially considered the "father" of the city. 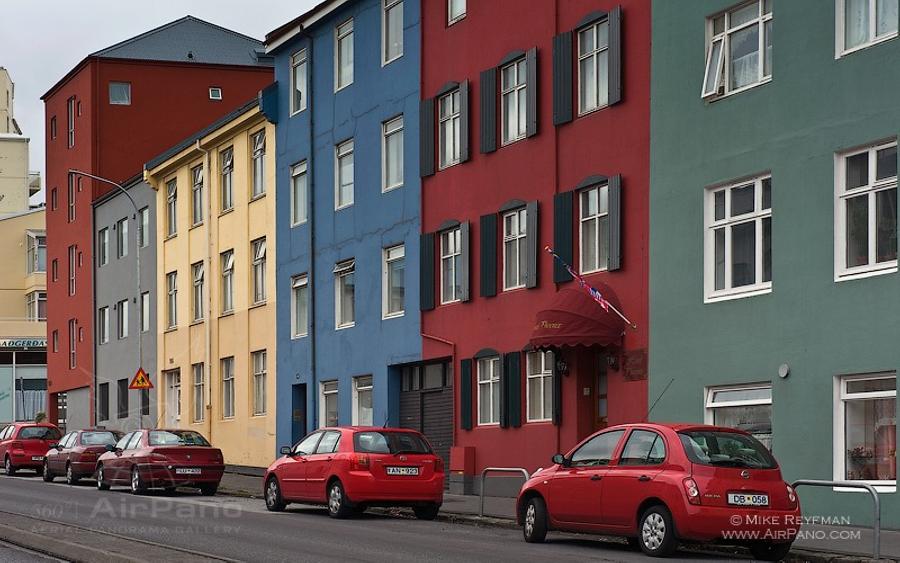 On the streets of Reykjavik

In the 20th century Reykjavik was growing along with the economic progress, but it was not until the second half of the 20th century that the city saw a particularly quick development. In 1944 Iceland was proclaimed an independent republic, and Reykjavik was officially recognized as its capital: the largest community with more than 60% of total population. 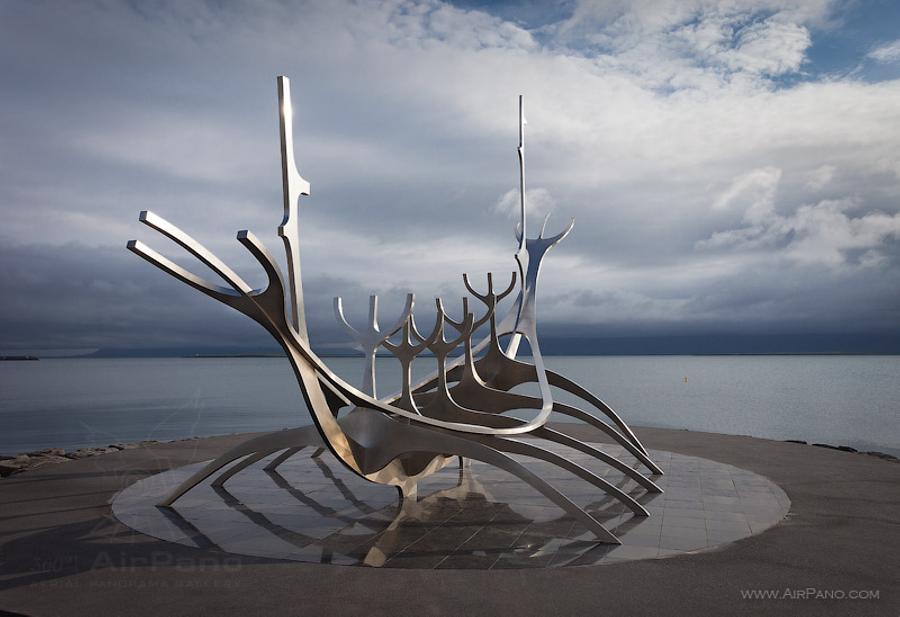 Nowadays Reykjavik is a modern and picturesque metropolitan city with low houses under bright roofs. The city features many original structures, like outdoor swimming pools with natural thermal water, as well as other unique Reykjavik sights. For example, Hallgrimskyrkja Cathedral, the tallest building in Iceland that looks like a flipped over stalactite. Its 75-meter high bell tower is visible from almost anywhere in the city. Reykjavík Botanical Garden has over 400 species of arctic flora and considered to be the northernmost garden in the world. Securing its title of "Bay of Smoke", Reykjavik also has Strokkur, an artificial geyser that imitates natural geysers in the mountains to the southwest of the country.

The weather in Reykjavik, despite its northern location, is quite warm. Winter temperatures do not drop below -10 degrees Celsius. There's even a real beach on the shore of the Atlantic Ocean, although its water is artificially heated. However, because of its proximity to the Arctic Circle, Reykjavik is known for very bright white nights during summer and very short daylight hours (no more than 4 hours) during wintertime. 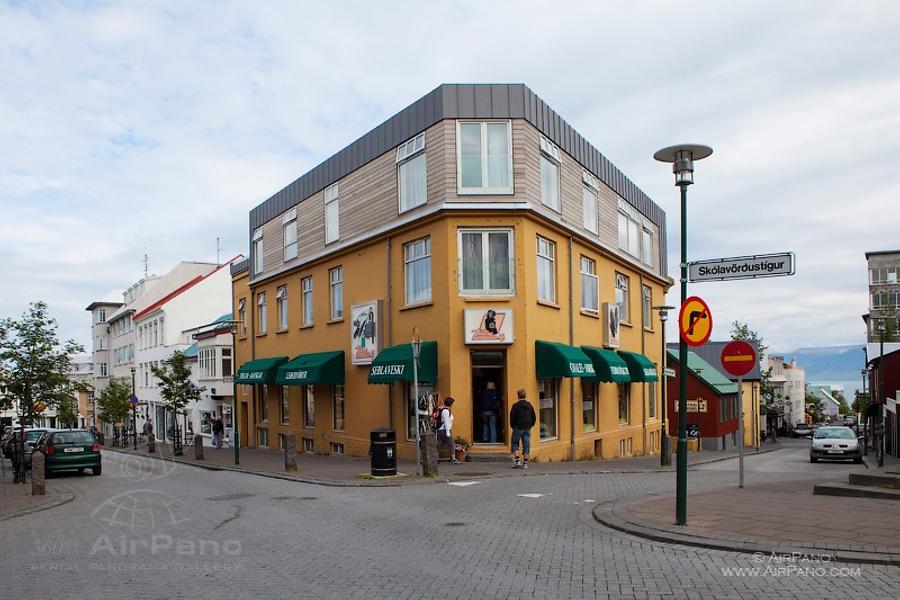 On the streets of Reykjavik

Mt. Esja, at 914 meters, is the highest mountain to the east of the city. Reykjavik is literally bathing in greenery, which creates an amazing contrast to suburbs that almost devoid of any vegetation.

Reykjavik has been designated as UNESCO City of Literature (really, what else is there to do during long dark days if you don't read or create something). According to some studies, Reykjavik is the cleanest city in the world. But no ratings or descriptions can convey the charm of the capital city of Iceland, the city with a quiet northern history and northern — simple and elegant — character. We hope that by looking at our panoramas you will be able to feel wonderful atmosphere of Reykjavik, a unique city unlike any other place in the world. 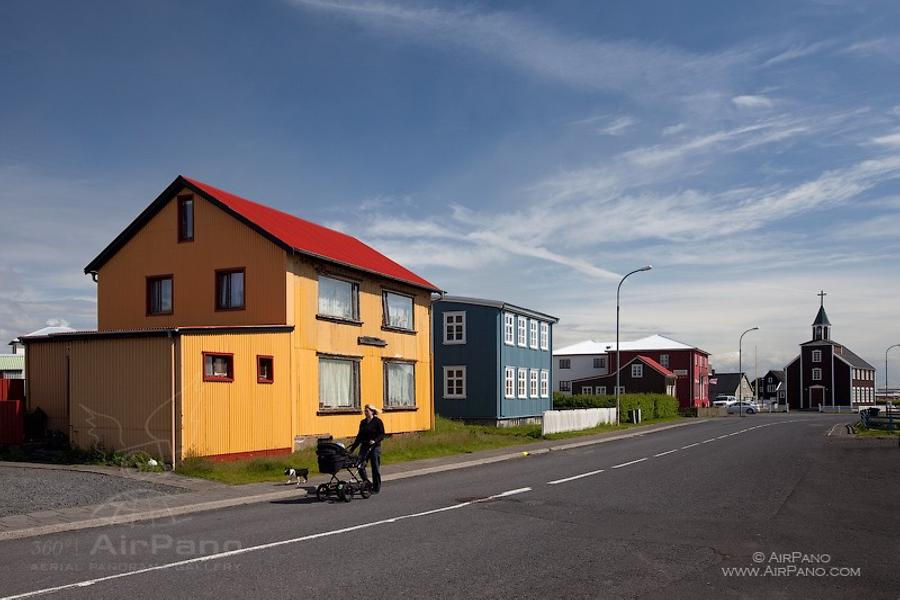