by Sergey Rumyatsev, Dmitry Moiseenko and Mike Reyfman, members of the AirPano Team that is a member of the global-geography Consortium.

The polar lights, more commonly known as the northern lights, occur as a result of solar activity: the sun throws out a great amount of its substance, and in a few days it reaches the upper layers of the Earth's atmosphere, rich with nitrogen and oxygen. In the polar regions of the Earth this "interaction" becomes visible and appears as colourful lights in the sky. 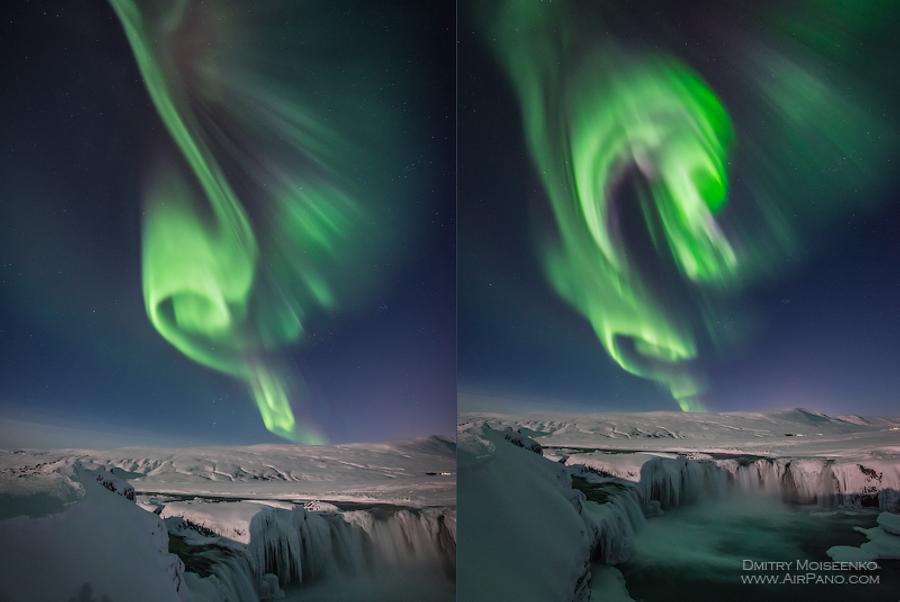 As there are two poles on our Earth, the lights can be not only northern, but southern as well. This phenomenon is best visible at the latitude between 67° and 70°. But there are very few inhabited places and settlements in this part of the Southern Hemisphere, that is why the southern lights are rather rarely observed. The northern regions of the Northern Hemisphere are much more densely populated, so a lot of people in different countries, including Russia and Norway, enjoy the beauties of the polar lights. And the more to the north, the more spectacular this phenomenon is. 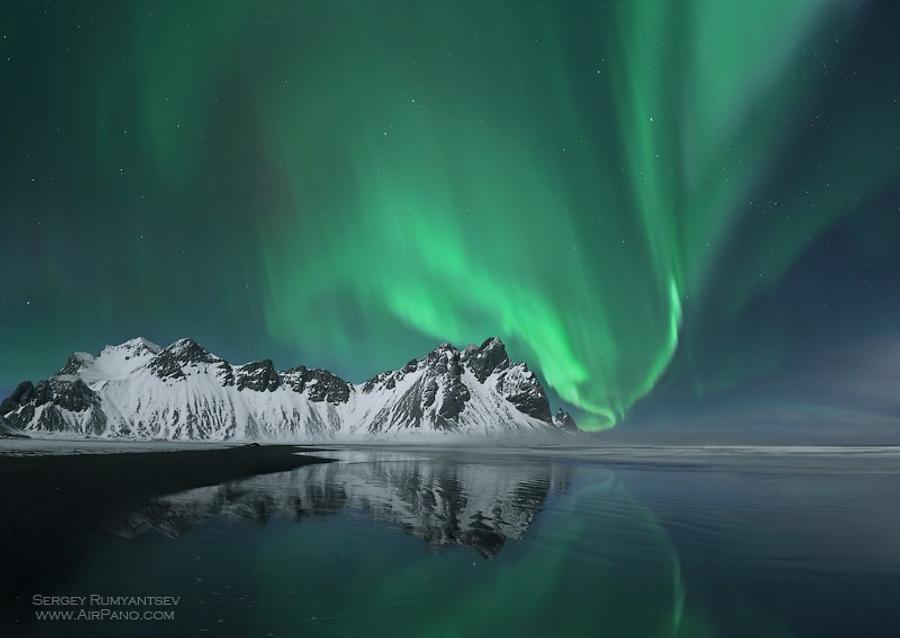 One of the best places to watch it is Iceland: this country in the Atlantic Ocean, situated just at the very polar circle, is lying at the latitude of 65 degrees North. Comparing to other northern countries — its "competitors", such as Sweden, Norway and Finland — Iceland has a milder climate, making it possible to watch the polar lights and avoid severe frosts at the same time. The reason for it is the Gulf Stream, which creates warmer conditions in the country: for example, the winter in Reykjavík is quite warm and the temperature rarely drops to 5° below zero. 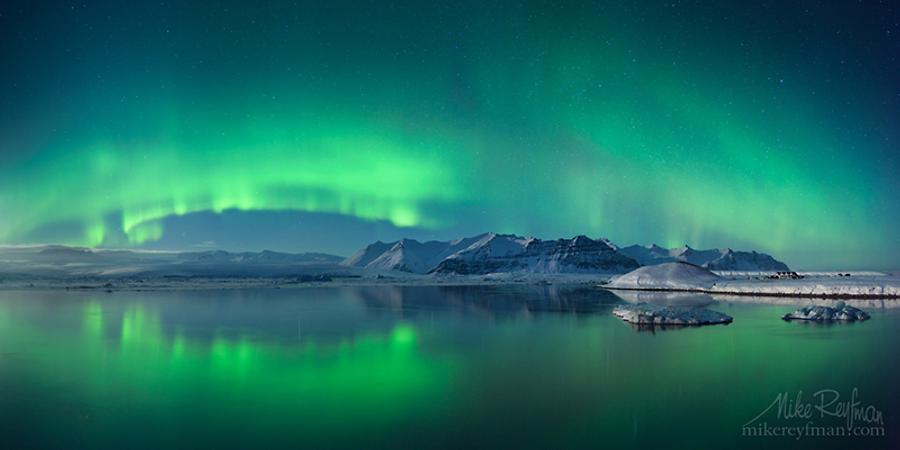 The stronger the polar lights are, the brighter and greener they reveal themselves in the skies. A less intense light looks more like scanty grey clouds; it does not appear as a colourful magnificence. But a proper polar light is something you cannot forget: it turns the whole sky green. 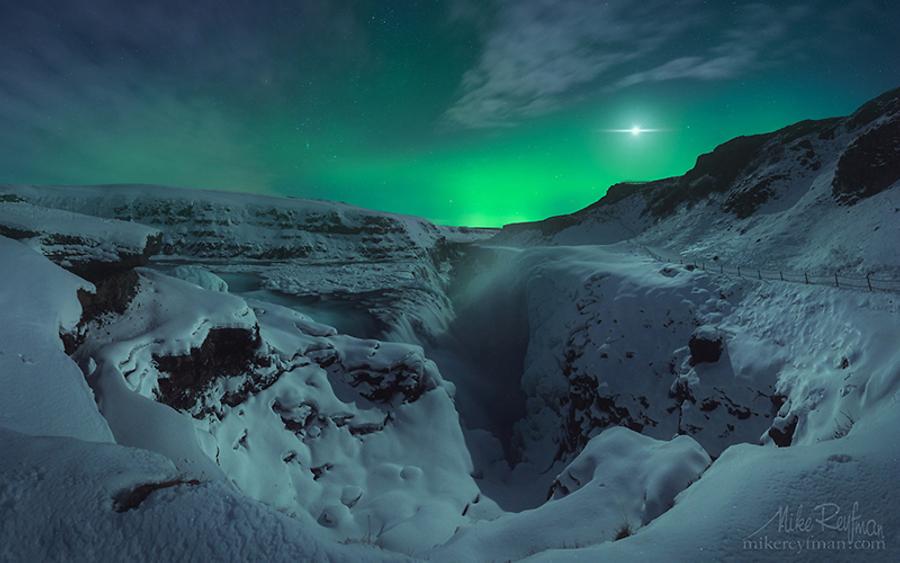 It can be seen in the moonlight and even in a city lit by the bright illumination. But, of course, in order to enjoy the vivid colours of auroras to the full, one should ride at least 50 kilometres away from a city and about 5-10 kilometres away from a village or any smaller settlement. Unfortunately, the clouds can hide even the most intense polar lights. Thus, the most important thing in the observation of the polar lights is the clear sky. The weather in Iceland is rather changeable, so one has to study carefully the weather forecasts in order to choose the best places on the island to observe the sky. 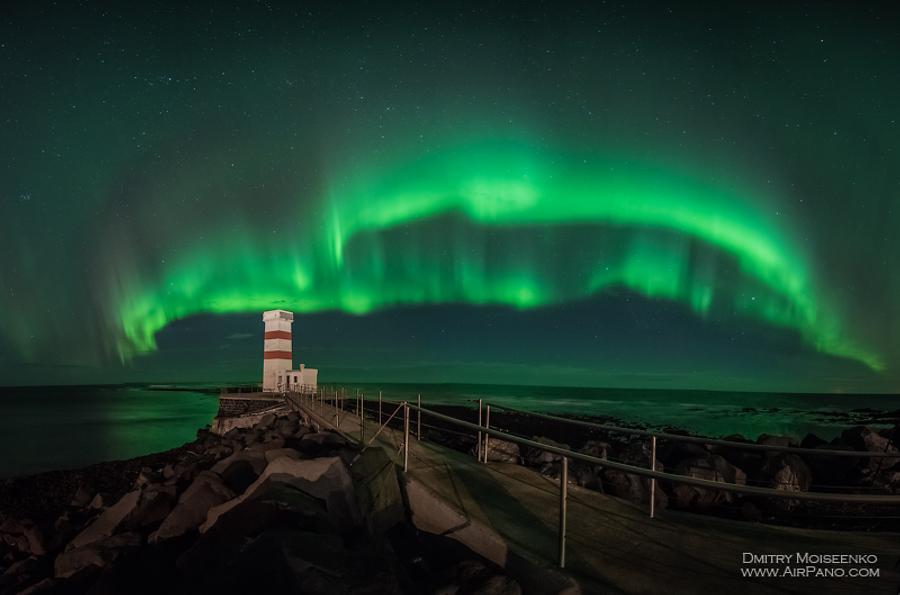 According to ancient Icelandic legends, the polar lights appear when elves are dancing and having fun. There was also a superstition among other nordic folks that whistling or singing at the time of the polar lights may offend the evil spirits, who can inflict paralysis or blindness. But nothing can stop from watching and admiring this fantastic phenomenon. 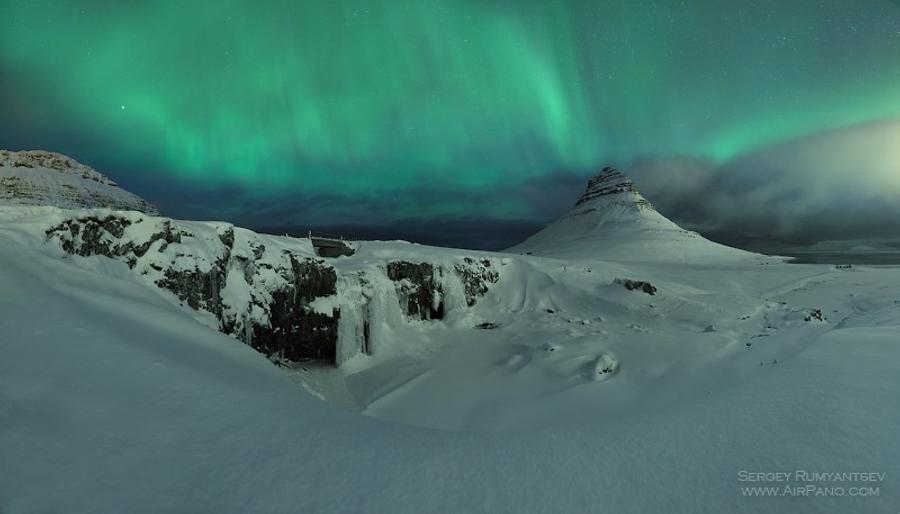 The northern lights are visible from September to March, in between the autumnal and vernal equinoxes. At the higher latitudes the night lasts 18-20 hours during that period, and even weaker lights are clearly visible. But you should not expect that the sky turns colourful every single night: first there should be an emission of solar particles on the sun, and only in 3-5 days it will reach the upper layers of the atmosphere.

One more Iceland's advantage over other countries is the possibility to enjoy many other natural beauties, in case of failure in chasing the northern lights: famous waterfalls, black volcanic beaches, thermal springs and glaciers will please the eye of a traveller. And, like always, our panoramas make it possible to witness effortlessly this colourful phenomenon all year round, in any corner of the Earth!