by members of the AirPano Team that is a member of the global-geography Consortium. with kind permission of AirPano

Iceland is one of the most active volcanic regions in the world, with eruptions occurring every 3-4 years on average. It´s mostly due to its location on the Mid-Atlantic Ridge, where the Eurasian and North American plates are moving apart — and therefore literally opening the earth's crust. In the center of this ridge sits Thrihnukagigur volcano.

Thrihnukagigur volcano is dormant — it last erupted over 4,000 years ago. There are no indications of it erupting again in the near future. The volcano's name is directly translated as ‘Three Peaks Crater'. The beauty of the crater mostly consists in the various colourations found inside it and its enormous — and to some extent intimidating — size. To put it in context, the ground space is equivalent to almost three full-sized basketball courts planted next to each other and the height is such that it would easily fit full sized Statue of Liberty into the chamber. 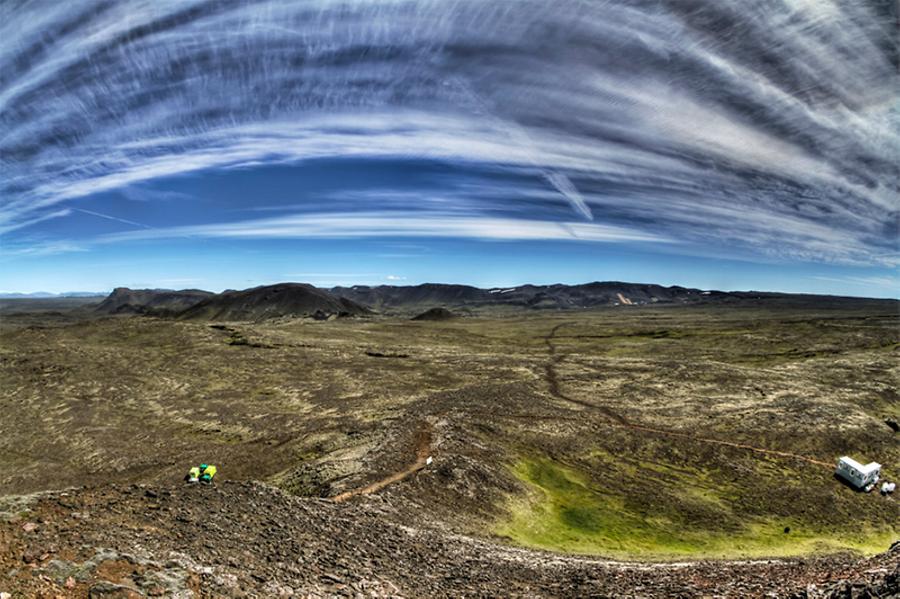 Photo from the top of the volcano

The magma chamber is often referred to as the heart of a volcano. It's there that the liquid rock waits to find a way through to the surface, causing a volcanic eruption. In most cases, the crater is usually closed after the eruption by cold, hard lava. Thrihnukagigur volcano is a rare exception to this, because the magma in the chamber seems to have disappeared. It's believed that the magma solidified in the walls or quite simply retreated to the depths of the earth. 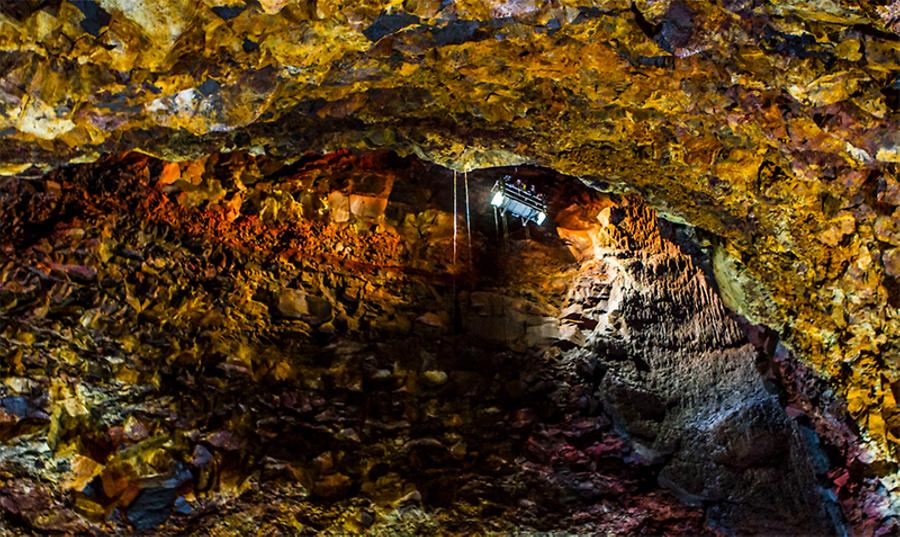 An open elevator system carries you down to magma chamber. Its speed is very slow to provide the opportunity to enjoy the amazing scenery. Elevator stops at 120m depth, where we were shooting our panoramas.

We want to thank Inside the Volcano company for organization of this tour.

5 Panoramas of Inside the Thrihnukagigur volcano