The of tower of winds# 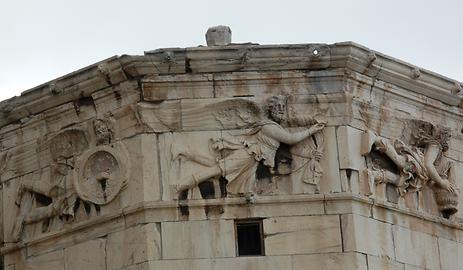 The upper wreath of winds with Kaikin, Boreas und Skiron

Not far away from the Roman Angora in the heart of Athens, there is an octagonal, 13 meter-high tower of white marble. It is the best preserved ancient building of the Greek capital. The Romans had dominated Greece, the ancient Hellas, from 146 BC until 582 AC and shaped the city in many respects. In Roman cities, the angora corresponds to the forum. It was a district of the city that served as a market as well as a spacious meeting place and where the temples of the state deities stood. Emperor Augustus created this forum on the northern foot of the Acropolis between 19 and 11 BC. To the north-east of it arises Hadrian’s Library which also dates from the Roman Empire. For the empire, Greece was the haven of art, philosophy, natural sciences and technology. Greek was the language for education.

The reason why the forum was built in the immediate vicinity of the tower of winds was surely that there was a clock inside which was driven by water via a pipeline, coming down from a source on the side of the Acropolis. A Triton made of bronze as weather vane was seen on the roof and the winds were evaluated accordingly. When the Romans created the angora, this building had already existed for some time. Ancient Greek authors have written about it. It was an example of sophisticated Hellenic inventiveness. 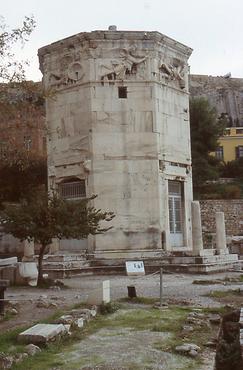 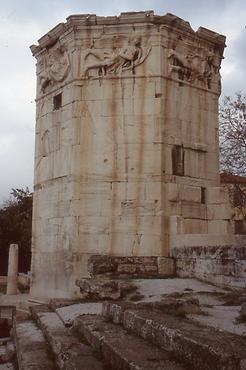 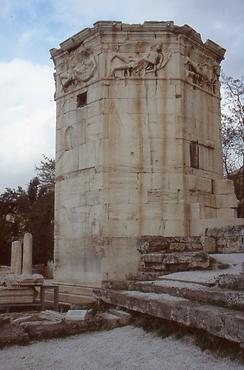 The ancient Greeks named four main cardinal directions and four half-cardinal directions which are still calling wind directions. The directions are depicted in relief and they slide horizontally to the right through the air. The flying is expressed by feathered wings which extend ove the entire body length.

Let us start with the North.

The cold north wind. Wrapped in a coat, he blows into a conch shell. 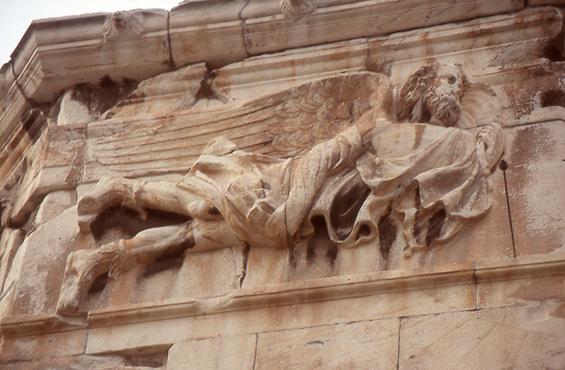 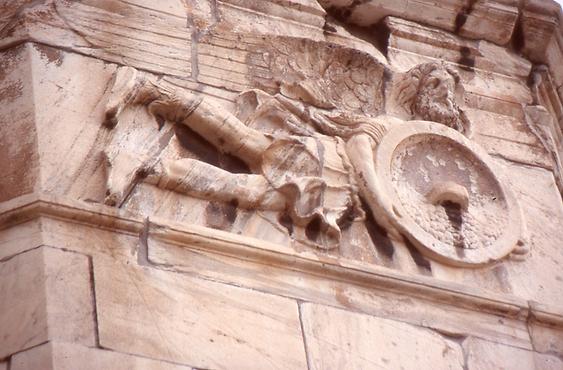 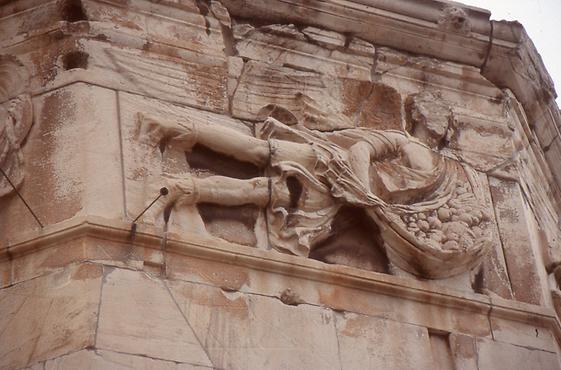 The wind form the south-east is depicted as an old man wrapped in a coat. 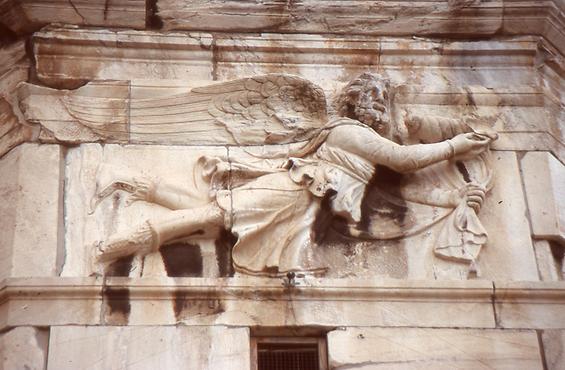 Notos from the south empties a pot, bcause of the responsibility for rain. Following an old graphic depiction in “Histoire des Météores” 1870. 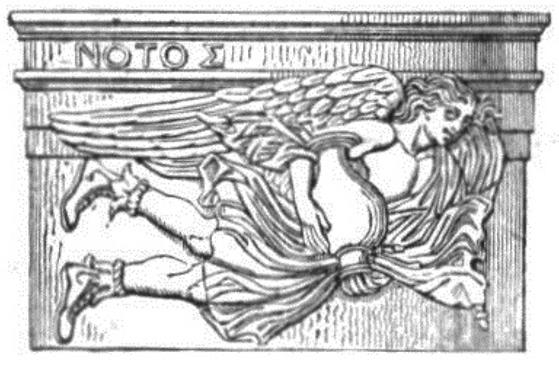 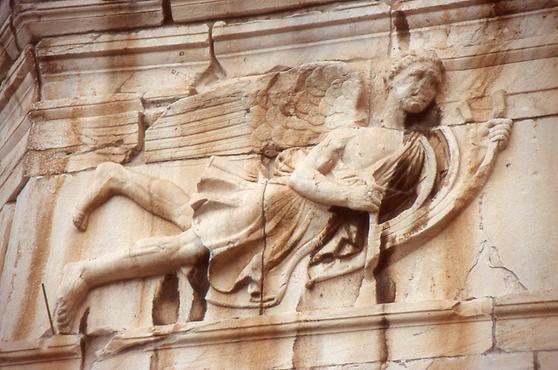 As a boy, the west wind holds a cloth full with flowers 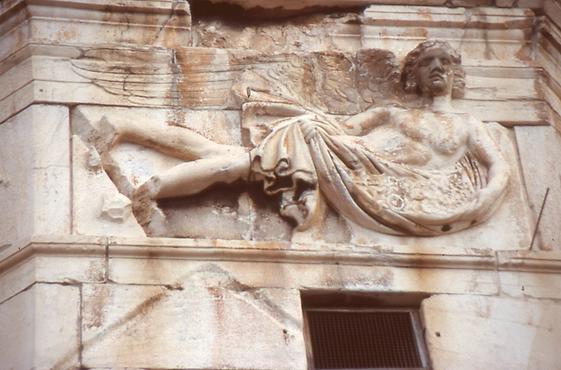 From the north-west, a bearded man is coming with a case full of charcoal and hot ashes. 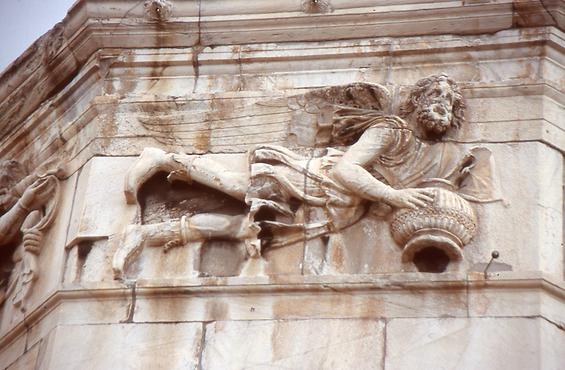 Once there was a sundial under each relief. The tower, rich of images, was drafted by the astronomer Andronikos of Kyrrhos in the 1.Century BC. This is why we speak of the Horology of Andronikos.