Greece embraces more than 1000 islands, with Santorini (also named Thira) being one of the most famous of them. It is mentioned in ancient Greek myths, and moreover, it was the site for one of the most famous stories about the Rape of Europa. Around 1,500 BC, the eruption of the Santorini volcano changed the island's borders: the crater collapsed, forming a huge funnel (caldera). Eventually, on the slopes and the summit of this mountain at an altitude of about 400 meters, a city was born and received the same name as the entire island, Fira (sometimes also transcribed as "Thira"). The city grew and developed until a devastating earthquake struck the island in 1956 destroying more than 80% of all buildings. Afterwards, Fira was rebuilt and now what we witness is the renewed form of the settlement. 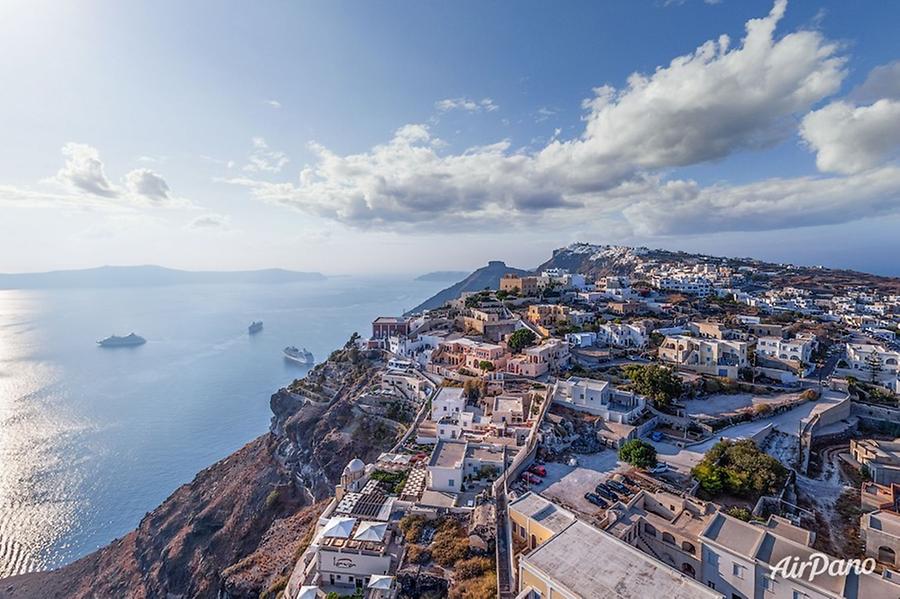 Before the earthquake, there were 260 churches on the island, and not only just Orthodox: a Catholic quarter stretches along the coast. The most notable church here is the St. John the Baptist Cathedral, constructed in 1823 as a Baroque building. Its clock tower is a recognizable landmark of the city. Like many other structures, it was destroyed and then rebuilt. At the same time, the nearby Monastery of Dominican Sisters was founded after the earthquake. While making it, the architects gracefully weaved the Baroque with local architectural traditions. 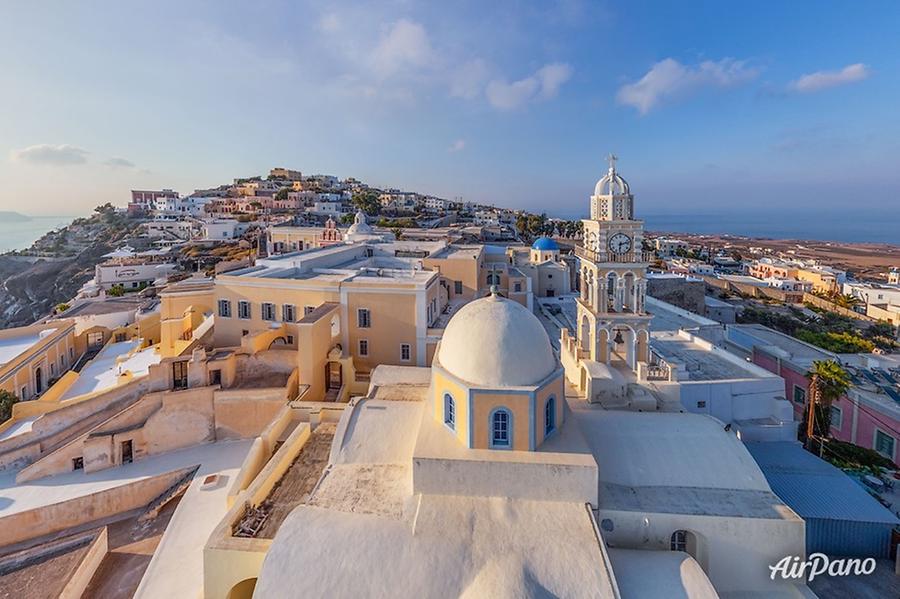 In the lower part of the city, there is the Orthodox Metropolitan Cathedral of Santorini. Erected at the beginning of the 19th century, it also suffered from a natural disaster in 1956. In our panoramas, you will see this beautiful building surrounded by arches in the rays of the setting sun; in daylight, in the same way as its bell tower, it turns bright white. From this point of Fira, you can see the volcano of Santorini and its caldera. 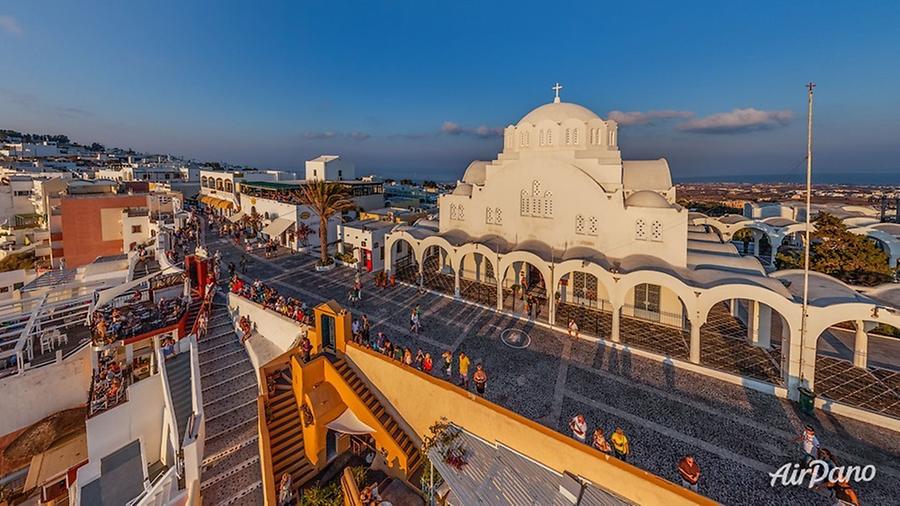 Availability of its own airport allowed Fira to become a popular resort and, besides, you can get here by the water. During the peak tourist seasons, this small city with a population of about 1,500 people can host half a million visitors! AirPano panoramas allow you to explore Fira without fuss, crowds and rush, on a hot day and at a romantic sunset time.