Germany is the land of fairy tales that gave the world Wilhelm Hauff and The Brothers Grimm, for example. Germany is also home to the most magical castle on the planet, Neuschwanstein Castle, the name of which translates as "The New Swan Cliff". It was built in the second half of the nineteenth century by Ludwig II of Bavaria, or as they called him, "The Fairy-Tale King".

Ludwig II holds a special place amongst other German rulers. What set him apart from his stringent and warrior-like predecessors was his romanticism and dreamy character, so much so that he channelled all of his statesman's passion (alongside with state funds) towards making his dreams come true, dreams of magical countries populated by fairy-tale creatures.

Disillusioned by the daily routines of Munich, Ludwig II was not interested in its problems. Instead, day by day he became more and more submerged in his own dream world. This gave the world several castles — Herrenchiemsee, Linderhof and Neuschwanstein, each one is a masterpiece of world architecture, enchanting us with its weightlessness and fairy-tale silhouettes with magnificent mountains as a backdrop. 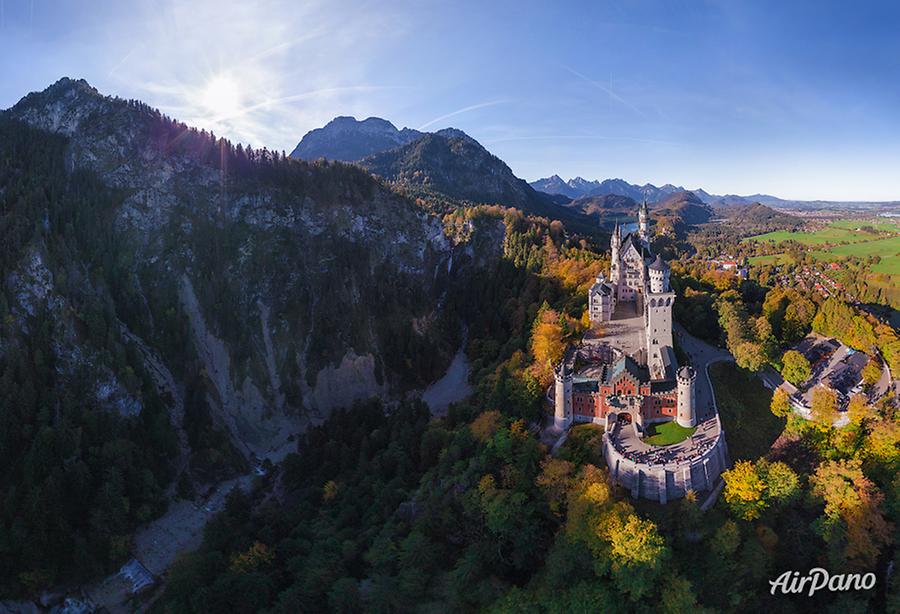 Wartburg Castle was chosen as the model for Neuschwanstein as it is the only remaining castle from the feudal period in Bavaria. Ludwig the II's creation surpassed the original. At the time the King was very deeply moved by Richard Wagner's opera "Lohengrin", he saw himself in the opera's main character, the noble white swan-knight, a fairy-tale hero of the ancient legends. And with the help of architects he created his own "Swan Castle".

The walls of the castle depict the magical world of "The Song of The Nibelungs" ("Nibelungenlied"), medieval legends of Przival, Lohengrin and Tannhäuser, The Holy Grail, Tristan and Isolde... The masters spent a long time working very carefully on every hall and every panel painting, with every detail a true masterpiece. This is also the reason why the building work took so long and failed to reach completion even in Ludwig's lifetime. As an example, the wood carving in one bedroom took 14 carpenters 4 and a half years.

Yet the King had the incredible ability to combine fantasies with reality, and despite the castle's heavenly appearance, it was equipped with all the modern technology of its time. The rooms in the royal residence were fitted with hot air central heating, toilets were equipped with an automatic flushing system, electric bells were in place to summon servants and some floors even had telephones! 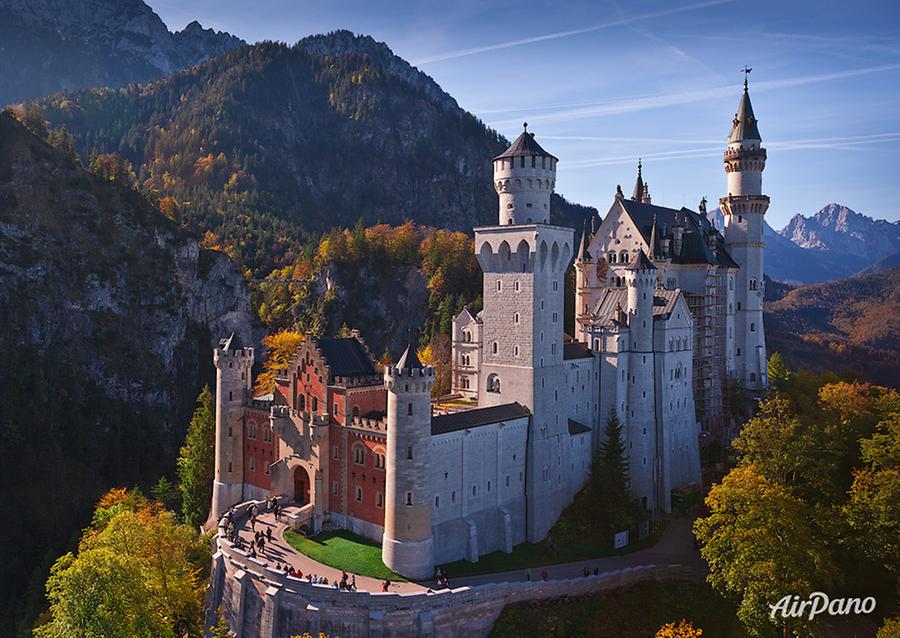 Neuschwanstein is first and foremost a true fairy tale made of stone. It became the prototype for the Sleeping Beauty castle in Disneyland Paris and a source of inspiration for Tchaikovsky's ballet "The Swan Lake". But in the end it drove the King insane, and instead of attending to the urgent duties of his country as a ruler, he went on expeditions, following the footsteps of Wilhelm Tell or had dinner with the spirit of Louis XIV. Night became day and day became night for Ludwig II and for that he was nicknamed The Moon King.

According to Bavarian law a king can be removed from power if found unfit to govern. It is not surprising then that eventually (in 1886) he was deposed. He was transported to the Berg Castle and died the next day in a lake under mysterious circumstances together, with the psychiatrist who diagnosed him as insane. These mysterious events have contributed to the intriguing image of the castle. Just two months after the King's death, the unfinished Neuschwanstein was open to visitors!

And it was the right thing to do. No stories or photos of Neuschwanstein can possibly depict its beauty. Once you have admired our aerial panoramas, we strongly recommend you see the fairy tale for yourself. Getting to Neuschwanstein Castle: there are trains and taxis available from nearby towns. 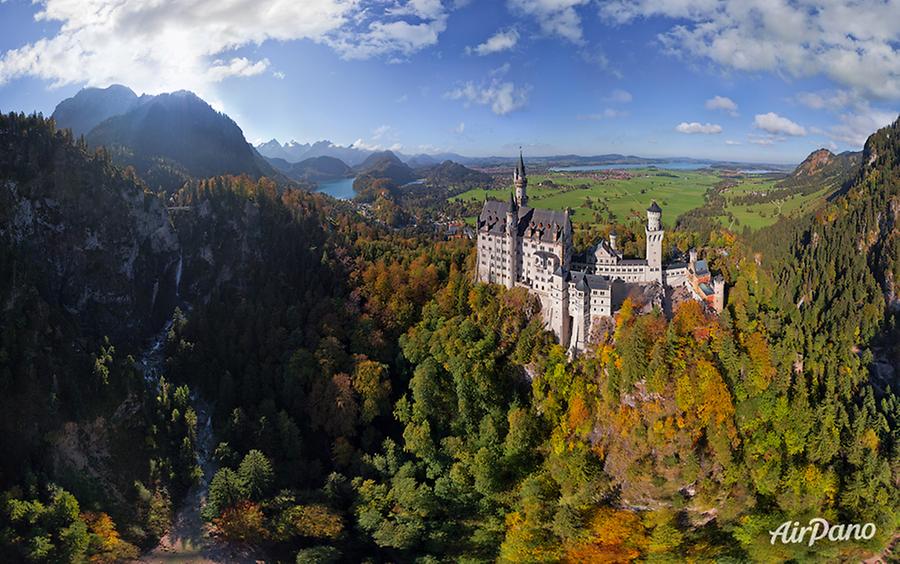 There are several other famous castles in the area surrounding Neuschwanstein, namely Hohenschwangau, Füssen and Schwangau. For the convenience of tourists, a special "romantic road" was created (Romantikstrasse), a special tour popular with visitors to Bavaria. The surrounding area also boasts ski slopes and special lifts to take skiers and tourists to the top of the Tegelberg Mountain. In general, even a whole day is not enough to fully enjoy the beauty and diversity of this place.