France is one of the most famous countries in Europe, and Paris is probably the most famous city in the world. Paris is rightfully called "the city of light". It is not because of its extensive illumination — otherwise any major city would claim the title — but because the capital of France has been a center of education, arts and philosophy for many centuries.

The word "Paris" originated from Latin "Civitas Parisiorum" and means "the city of Parisia", a Celtic settlement on Cite Island (Ile de la Cité). Today Ile de la Cité is one of two existing islands on Siene River located right in the historical center of the French capital. The island has been populated since ancient times, so this is when Parisian history has really begun.

Paris has not always been the magnificent city. In Medieval times Ccity of Kiev played much more important role than Paris. For example, in XI century, Anna Yaroslavna (daughter of Yaroslav the Wise) married King of France and was greatly disappointed by the city. XIII century was a prime time for Paris, which continued up till modern days. This is the reason why there are so many famous attractions in Paris: Notre Dame de Paris, Louvre, Champs-Élysées, Moulin Rouge, La Défense district, Centre Pompidou, Eifel Tower, the Pont Alexandre III, the Grand Palace, Nursing Home Cathedral, the Tuileries Garden, Musée d'Orsay, Place de la Concorde, Opera House, Basilique du Sacré-Cœur, and many more. All these landmarks decorate the capital of France making it one of a kind. 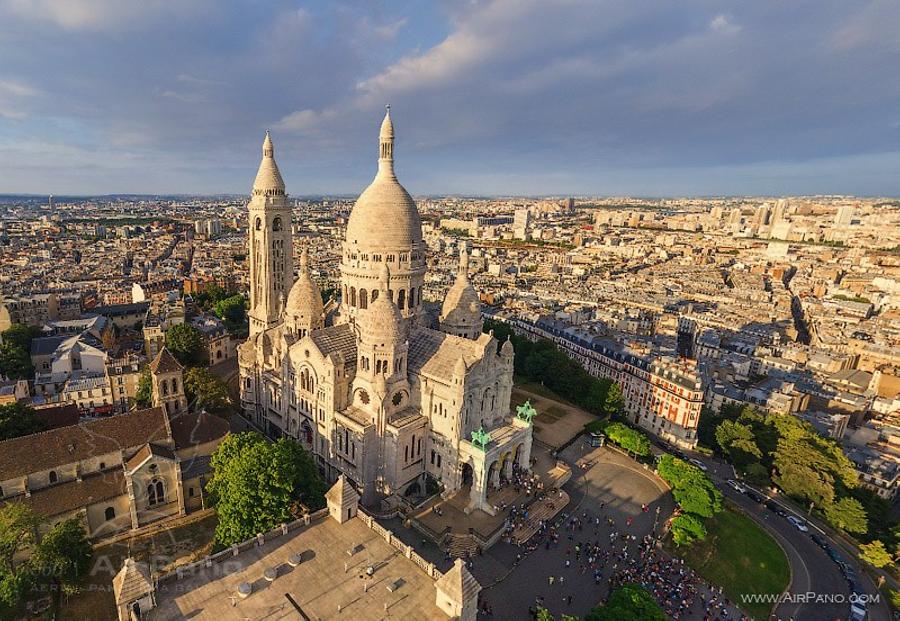 Each Paris landmark has its own story that would take pages and pages! So let us tell you a few amusing facts instead. For example, Moulin Rouge is not only the famous classical cabaret and one of the must-see places in Paris. It is also a place where they performed striptease dance for the first time in world history. Before the incident in 1894 showgirls danced fully clothed. 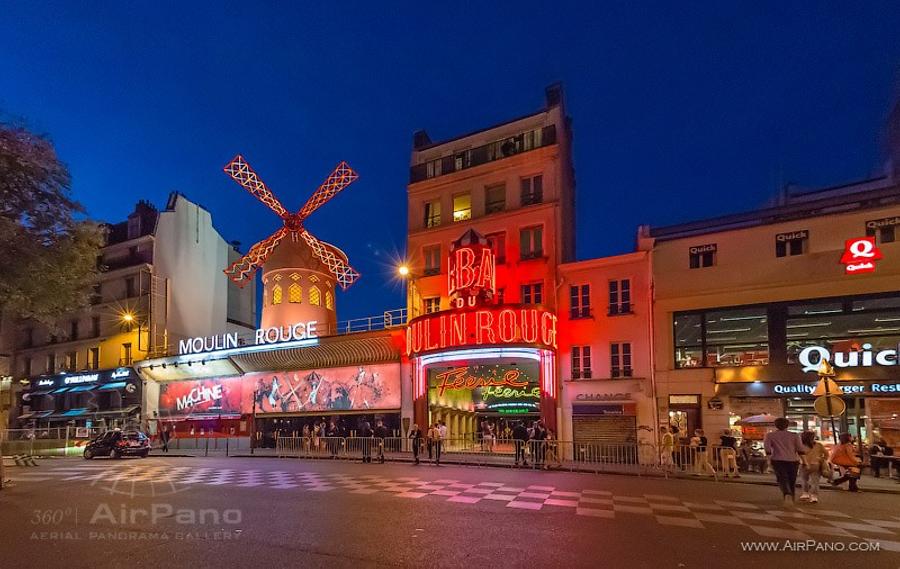 Notre Dame de Paris is another example. The reason for its gigantic size (35m high, 130m long, and 48m wide) was the idea to fit all citizens of Paris inside the Cathedral. However, the construction took one and half centuries, and so by the time they put a finishing touch to interior decoration, the population of Paris grew considerably making the original idea irrelevant. Nevertheless it doesn't stop Notre Dame de Paris from being geographical and spiritual heart of Paris.

Louvre is one of the largest museums in the world. It is located in the old King's Palace, which, in turn, was built as a castle capable of withstanding Viking's attacks. Famous Champs-Élysées in Paris have nothing to do with fields. This is a huge (1915m long and 70m wide) street. Back in XVI century it was a swamp, where French kings went hunting ducks. Champs-Élysées got its name during French Revolution. In Greek mythology "Champs Élysées" were beautiful fields on the bank of Ocean River, where loved-by-Gods heroes went at the end of their glorious lives. The only thing that "beautifies" Champs Élysées today is a string of luxury boutiques and entertainment places. Also, one more Paris landmark is located here — Arc de Triomphe, built in Roman style. The Arch symbolizes the victory of great army of Napoleon I.

By the way, modern city of Paris was designed for war or, to be exact, for its "strategic purposes", as Napoleon III put it. This is why in the middle of XIX century the city's layout was altered to serve the purpose: being "ready for battle and beautiful" at the same time. As a result, many charming narrow Parisian streets were widened and straightened, remaining this way up till now. 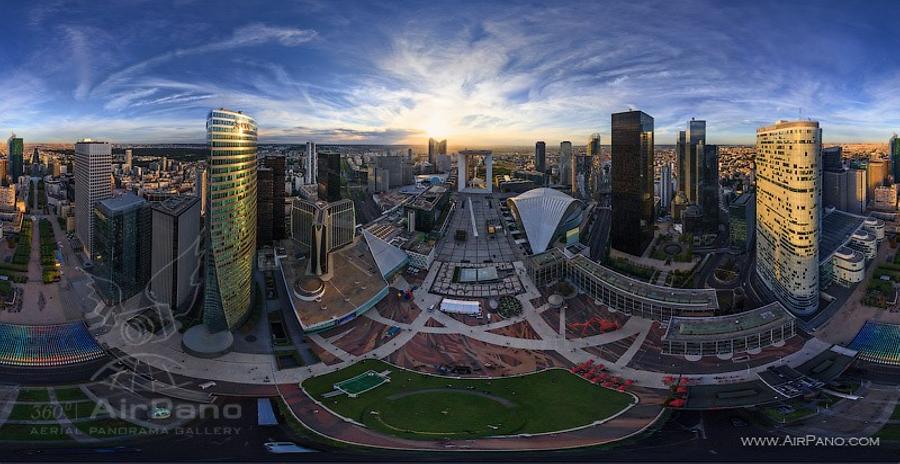 "Paris is a holiday, which is always with you!" — these poetical words belong to Ernest Hemingway, famous American novelist. Probably everybody would agree with these words, no matter if one visited Paris or not. Paris is a symbol of romance and a cradle of European culture. From childhood we learn about the city from movies; from books by Victor Hugo, Alexandre Dumas and George Simenon; and from history lessons: Napoleon, taking of the Bastille, the Paris Commune... There is no tourist, who would not dream of walking the legendary streets and taking home a picture of Eifel Tower... 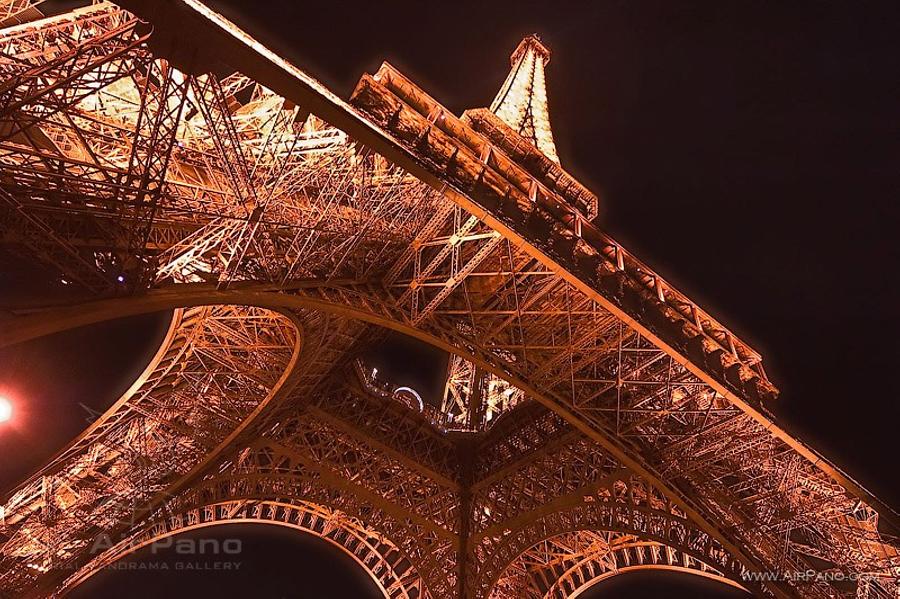 We invite you to look at the capital of France from the bird's eye view. Perhaps, it will add something new to your own impression of Paris.