Photos by Stas Sedov and Sergey Shandin member of the Airpano Team that are members of the global-geography Consortium.
Feb. 10, 2017

The Mediterranean coastline of the south-east corner of France is widely known as the French Riviera (or the Côte d'Azur). The mild climate incombination with breathtaking picturesque landscapes for centuries has been attracting the amateurs of luxurious recreation. The most recognised cities of the Côte d'Azur are Nice and Cannes, but the famous coastline stretching from the Italian border to Toulon possesses many other interesting places. AirPano invites you to have a look at different, but not the less admirable corners of the French Riviera. 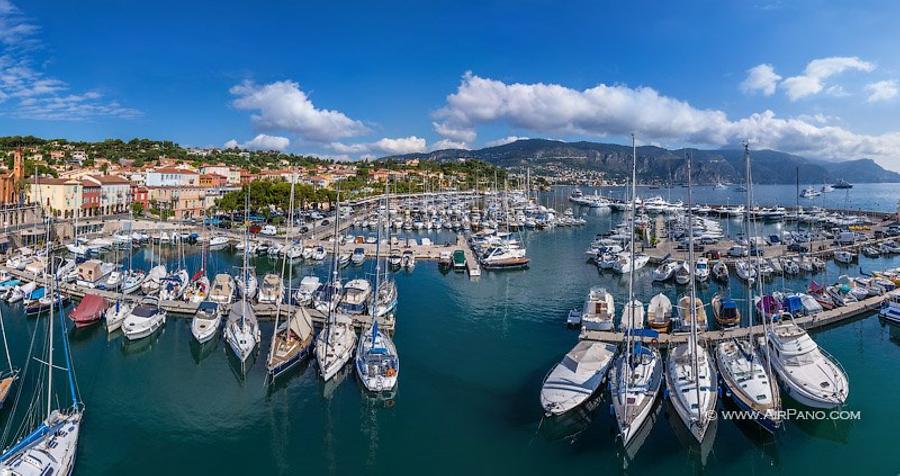 At the port of Saint-Jean-Cap-Ferrat

The coast of the Mediterranean Sea has been inhabited since prehistoric times, but every settlement has its own point in the timeline when it started a new life due to certain developments. The growth of some cities was strongly influenced by Julius Caesar and Napoleon, while initially small and unremarkable villages of Saint-Jean and Villefranche became worldwide known in 1902 when King Leopold II of Belgium chose these places as a site for a luxurious villa for his beloved. 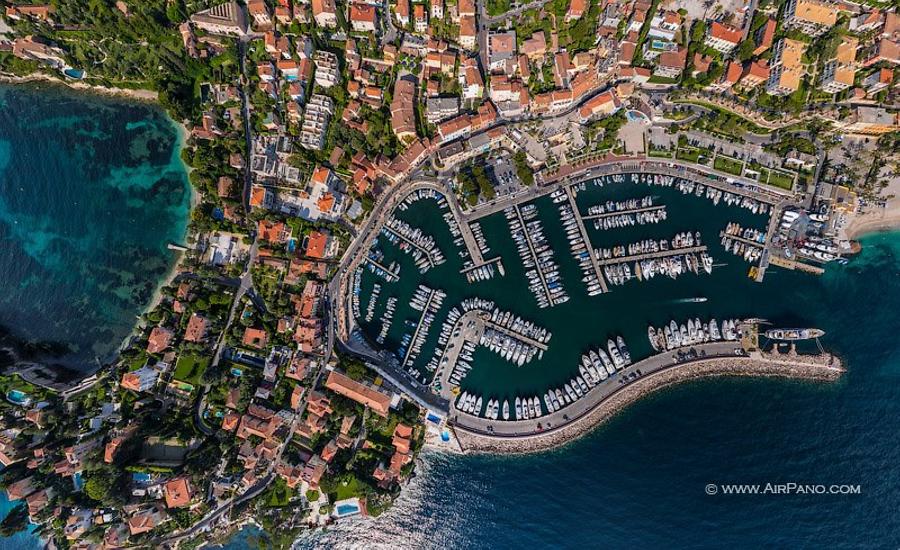 Above the port of Saint-Jean-Cap-Ferrat

This town is located on a drop-shaped peninsula Cap Ferrat extending deep into the Mediterranean Sea. The Villa Leopolda, located on a hill, is registered as a French architectural and historical monument. The streets of a small cosy town reveal estates that have stood here since the beginning of the 20th century. In the far end of the cape there is Villa Ephrussi de Rothschild — one more famous luxurious villa built back in 1905-1912 by the well-known banking family. It is a truly magnificent example of luxury and style which is surrounded by not the less outstanding gardens occupying the area of around 4 hectares. The villa is now functioning as a museum that can be accessed by a funicular railway.

Meanwhile, the bigger part of the resort-town is occupied by five-star hotels and private estates, so the access to the area is rather limited to usual tourists. The AirPano panoramas will give you a chance to see these inaccessible places.

Villefranche-sur-Mer lying approximately 6 kilometres from here is one of the most picturesque places of the whole Riviera. It was a site for filming one of the "James Bond" episodes starring Sean Connery and it was the very place where Grace Kelly met Prince of Monaco Rainier III when she was working on Alfred Hitchcock's "To Catch a Thief". Later she became his wife and Princess of Monaco. 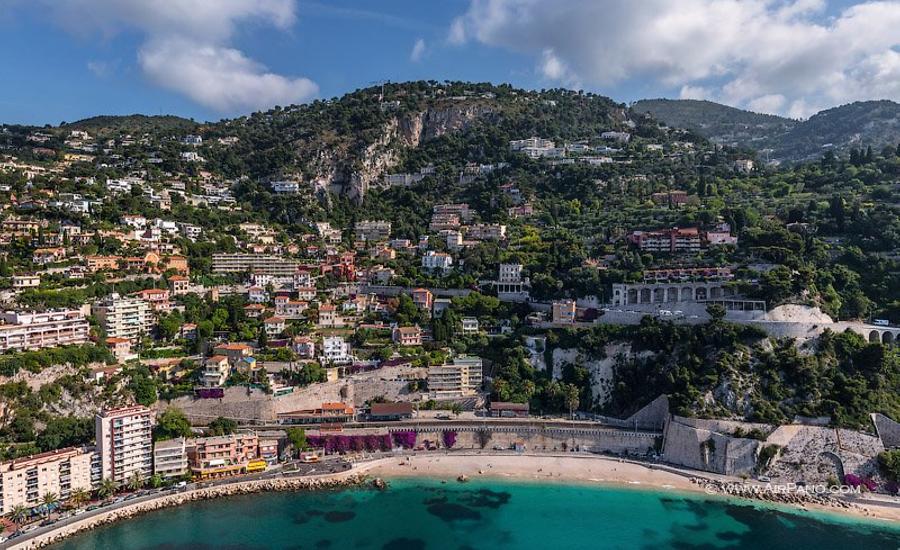 Villefranche is also known for having one of the deepest natural harbours of any port in the Mediterranean Sea (95 meters!). It provides safe anchorage for cruise liners and yachts that reach more than 150 meters in length and other large ships. Together with Cap Ferrat it forms one of the most luxurious resorts with the most expensive estates in the world.

The most isolated and unusual place of the Côte d'Azur is the small island of Île d'Or. In 1897 the government set a small rocky island facing the Dramon cape and located 8 kilometres to the south of Saint-Raphaël for an auction. A sergeant named Léon bought this island for 250 francs, but 8 years later he gambled it away in favour of Dr Auguste Lutaud, who built an 18-meters tower and in 1913 claimed himself King Auguste I. Even the coin and stamp production was initiated on the island. 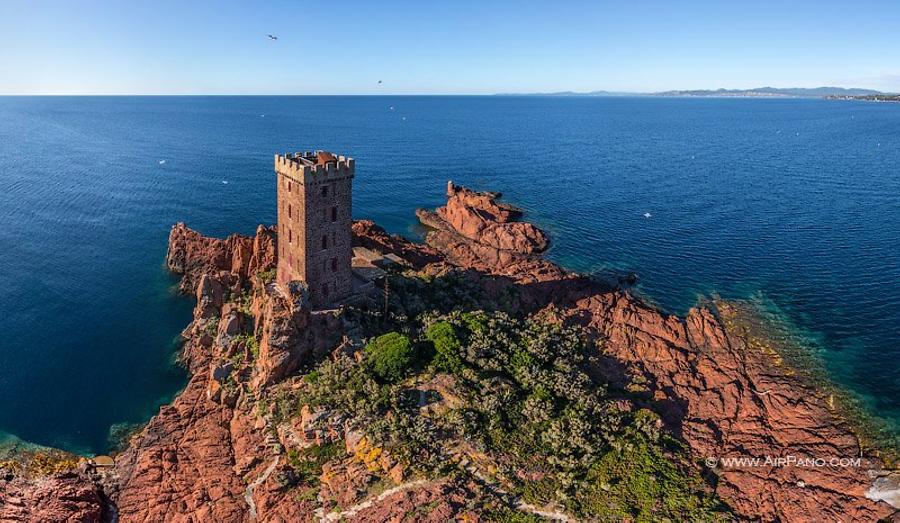 In 1944 in the course of the Operation Dragoon the tower was damaged, but François Bureau, a new owner who bought the Île d'Or in 1961, restored the construction. The Bureau family still owns the island and when they come to visit their property they hang the flag in the window of the tower. Tourists can visit the "Empire of Auguste I" by boats, kayaks or just by swimming here.

If you are not ready for this kind of adventure, you are welcomed to visit the virtual tour by AirPano.

Among other notable sights of Cote d'Azur are remarkable museums and beaches. Have a journey to this remote and beautiful corner of the Earth together with AirPano: 12 exciting 360° panoramas of Cote d'Azur.