Mont Saint-Michel, is a name that has a lot of charm, it sounds almost poetic and lyrical. But don't let it fool you: Mont Saint-Michel is a small rocky tidal island situated on the north-west coast of France...

This place is characterized by the highest tides in Europe (up to 14 meters high), steep rocks, and quicksand. Its surrounding waters can move 18 kilometers away from the island and 20 kilometers deep into the coast. For centuries all these features made Mont Saint-Michel an impenetrable fortress.

First inhabitants of this 92-meter tall mountain, ancient Celts, didn't have any illusions about it and called it Mont Tombe (Mountain Tomb). Back then Mont Saint-Michel wasn’t an island: it was surrounded by the forest that was later washed away by ocean waters.

The island was named after Archangel Michael. The medieval legend, which is quite grim, says that in 708 Archangel Michael (Michel) instructed the Bishop of Avranches, from a small nearby town, to build him a sanctuary on a rocky islet. Bishop had three visions of Archangel Michael but did not act on the request, because he wasn't sure as to how exactly he should interpret these visions. Only after Archangel Michael pushed his finger against the Bishop's head (according to other story he burned a small hole in his cassock with the sword) did he start the construction of the sanctuary.

And while the mainland was ravaged by wars, while captured by the Vikings, the Normans, the Bretons, the British, and other nations — the island-fortress remained untouched. Furthermore, during the years preceding the 16th century people were building the abbey and other buildings, including stone cells where prisoners couldn’t stand nor sit. On top of that prisoners were chained and these chains were making menacing ringing sounds whenever the captives moved. This is why during the French Revolution when the monastery was closed and all the way through year 1863, the island was used as a prison and had an ironic name Mont Libre. It used to hold more than 150 prisoners at the same time!

But it would be a mistake to think of Mont Saint-Michel as a prison, first and foremost it's a Benedictine abbey. It occupies an area of about 55,000 square meters and it is regarded as a unique example of a fortified medieval French monastery. The top of the Cathedral's spire is 170 meters above the sea level! 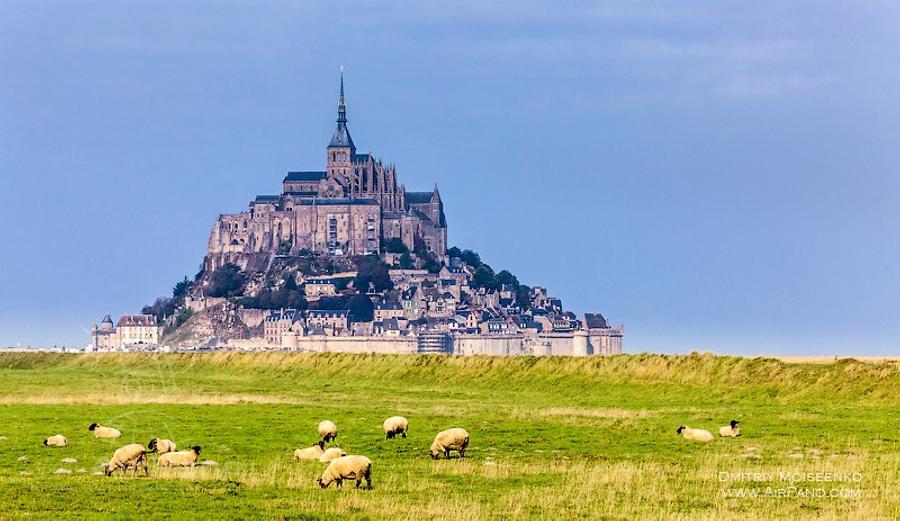 In 1877 Mont Saint-Michel lost some of its defenses after construction of the dam that connected it to the mainland. A century later some monks returned to the island, and today their community consists of seven people.

The island is hardly deserted: 2 to 3 million tourists come here every year. Mont Saint-Michel was declared a national architectural treasure and included in the UNESCO World Heritage List. Its unique architecture and ascetic beauty of the surrounding nature, combined with the atmosphere of medieval mystery and ancient legends, made this island-fortress one of the most visited landmarks of France second only to Paris itself. 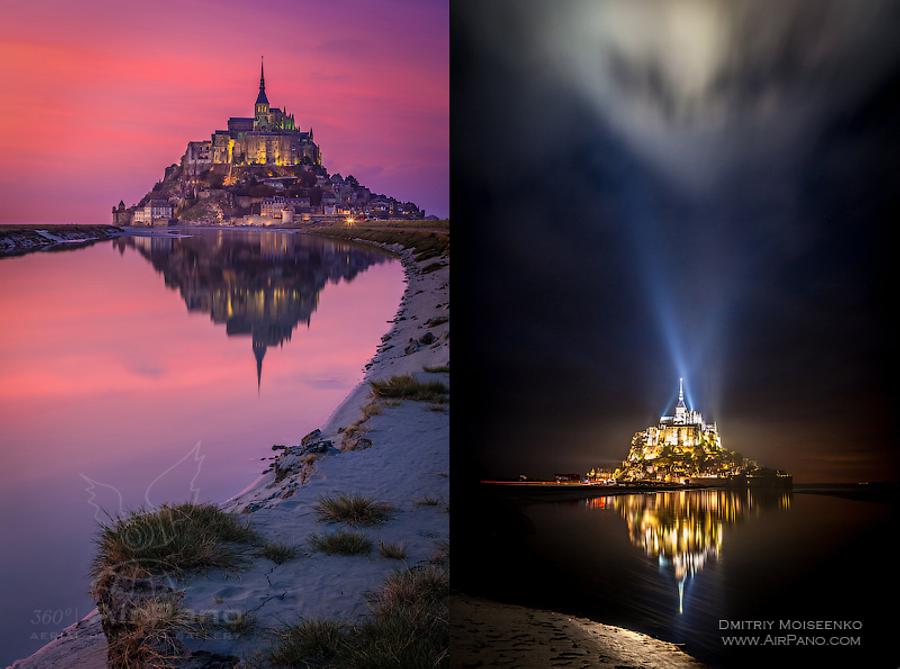