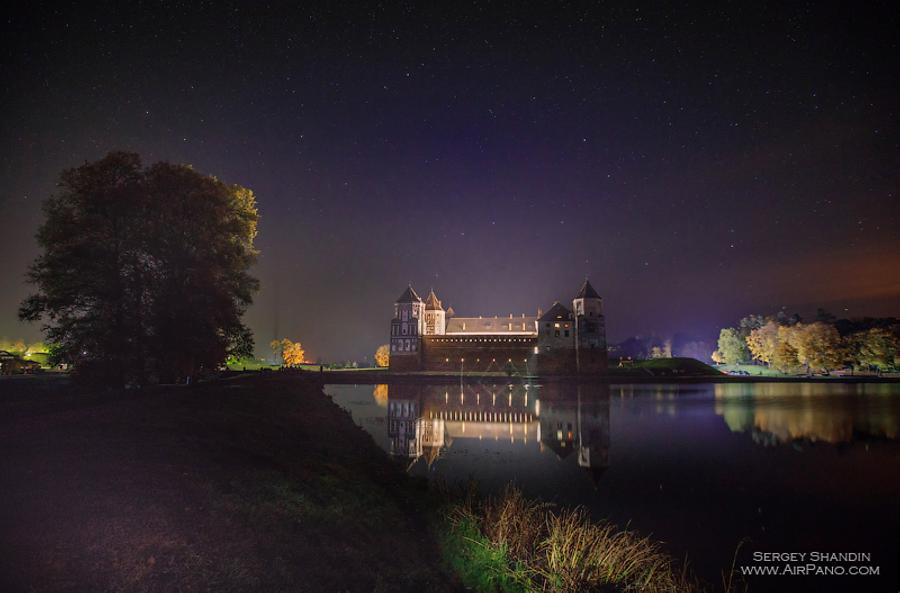 Its construction began in 1522 in a place called Mir. There was no aim to construct a military stronghold as the time was calm, as well as the location. But the castle was created according to the best fortifying traditions. Three metre thick walls made of bricks and stones, 25 metres high towers and military galleries — all these things tell of the genuine fortifying function of the complex. 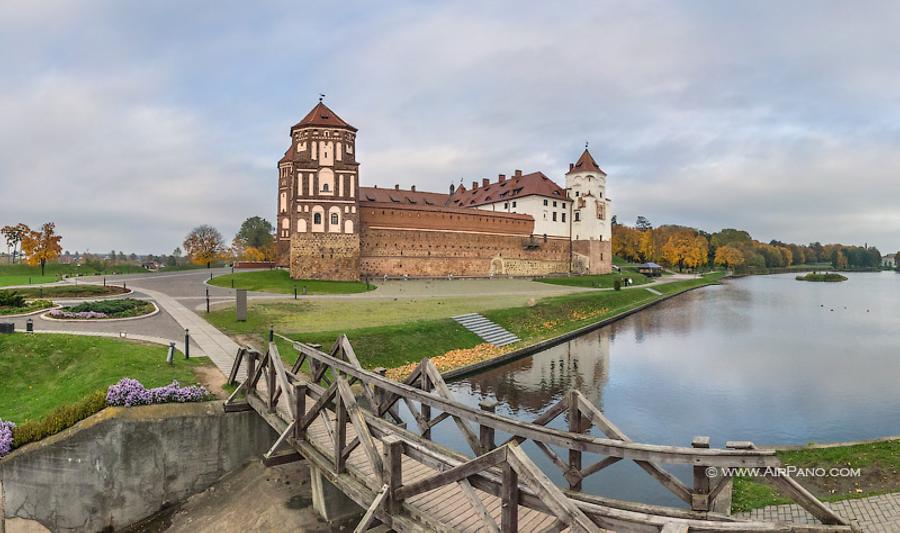 All these features became useful during the following centuries: the castle was under siege from Polish-Russian Wars through the French invasion of Russia. The owners were changing, too: the Illinics, the Radziwills, the Wittgensteins. The Sviatapolk-Mirski family was the last owner of the castle, then it went under the guidance of the state.

In the 20th century, the castle has survived two wars: in between, it was nationalized and a manufacturing artel was functioning within its walls. During World War II, it was the place of a Jewish ghetto and a prison camp. Soon after the war, the castle became a shelter for homeless people. Since 1989, it has housed a subdivision of the Belarusian National Arts Museum, and in 2000 it became a Unesco World Heritage Site. 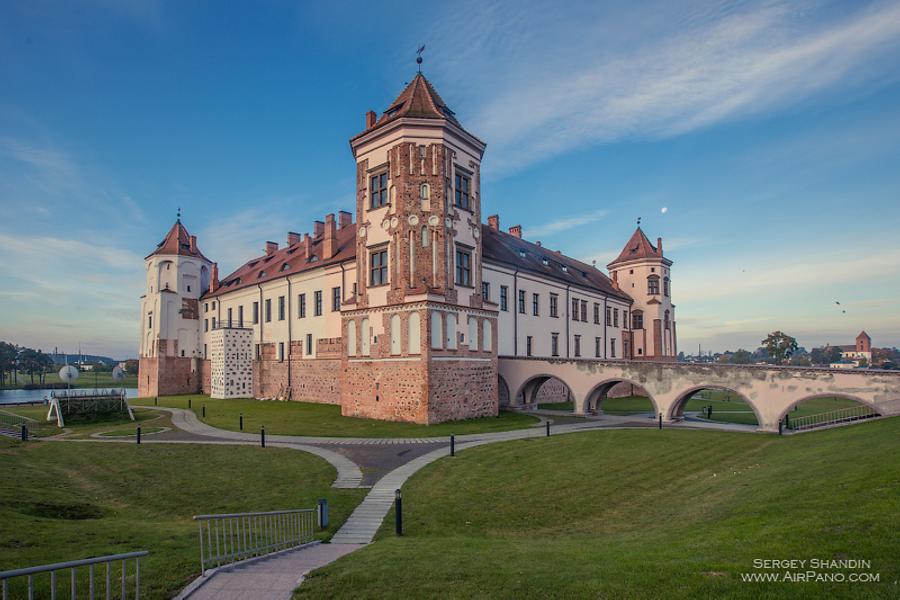 It's been a long time since I wanted to see the castle with my own eyes. I observed many photos and illustrations. And here is my chance: together with my wife and son I'm travelling through Belarus and we decided to spend some time in the castle. In addition to the museum, there is a hotel on the territory of the complex with the restaurant created in chivalrous style. A small park surrounds the castle, there are also the remnants of a ditch, a pond and a chapel-vault of the Sviatapolk-Mirski family. The autumn weather is pleasant, the fog can be seen in the morning. You can have a walk with a baby carriage, enjoy the architecture and then have a traditional Belarus diner. 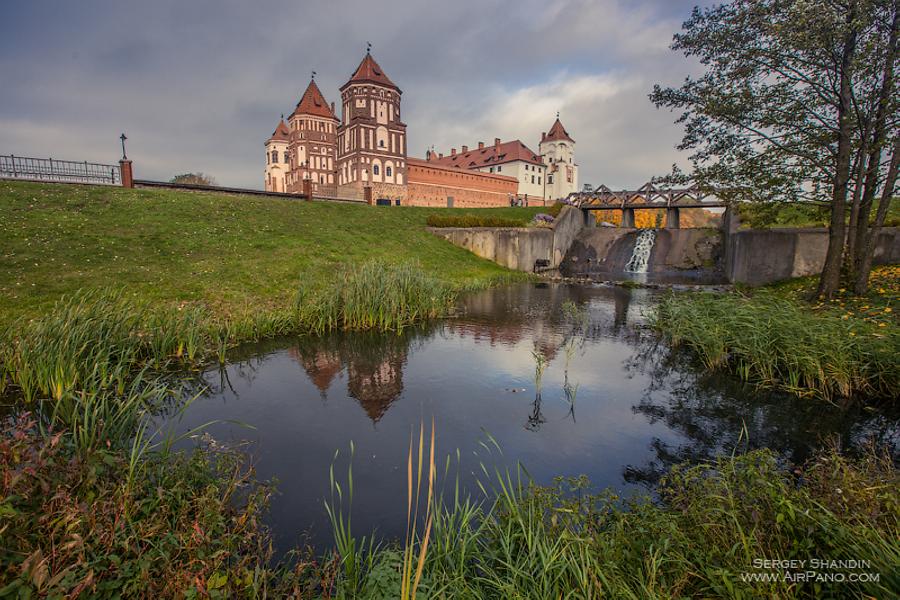 Any castle of this kind has legends. And locals will be pleased to tell you some of them. "About Sonechka", for example. The legend tells of Sofia Sviatapolk-Mirski, the White Lady of the Mir Castle that rests in the vault. People say that one can meet her in the dungeons and sometimes she visits her friend — the Black Lady of Nesvizh. The legends also tell of a 30 kilometres long tunnel that connects Mir and Nesvizh that hides the treasure of the Radziwills. I can't say anything about either tunnel, or mysterious ladies that we did not meet during our night walks, but the park is so beautiful at night full of stars. 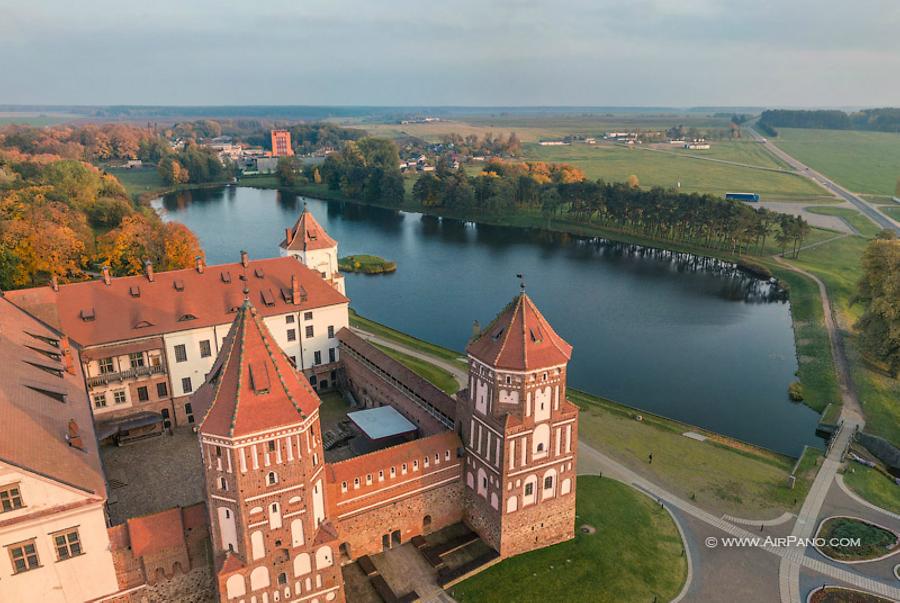 The castle often holds knight tournaments, concerts and dance parties. Although we were not so lucky to visit any of them, we truly enjoyed the walks in the park and picturesque landscapes. The park is open for visitors 24/7, and, unfortunately, the illumination of the castle is turned on for a very short period of time. 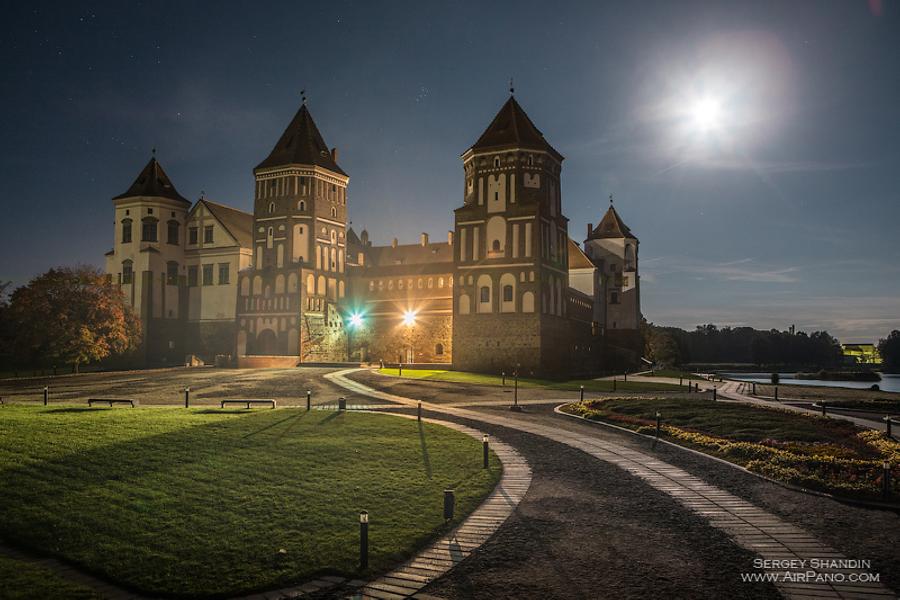 The Mir Castle Complex and the park are very charming in any season, so when you happen to visit Belarus, we highly recommend you to visit this place. 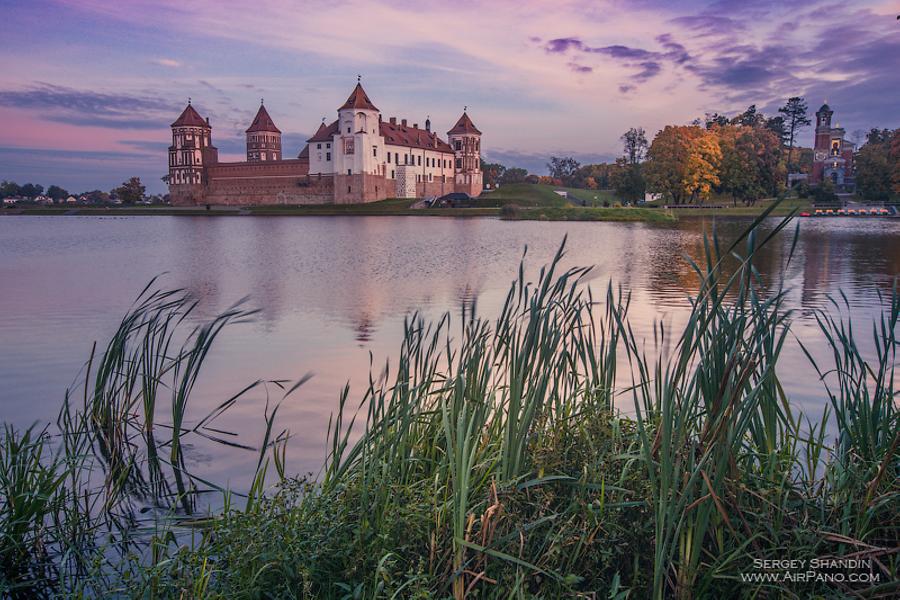