Salt, Silver and Silk - The story of Hall in Tyrol#

Hall Hall, Tirol in the Province of Tyrol was first mentioned as a salina (salt producing place) in a 1232 deed. It is located a few kilometers east of the capital of Tyrol, Innsbruck Hall,Tirol, Innsbruck, Tirol , at an altitude of about 600 m, with a population of about 13,000. The current name dates back to 1256 and comes from the celtic place for salt, as is true for other cities in Austria, like Hallstatt or Hallein.

The importance of the salt in the history of the town is also seen in the town’s coat of arms that shows two Lions holding a barrel of salt. Salt was exported as far as Switzerland and the Black Forest and Rhine valley of Germany Hall,Tirol, Black Forest, Germany, Switzerland, Rhinevalley, ... . 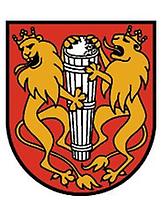 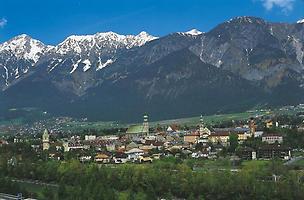 Hall to the North from a distance
Photo: Austria Tourism, Niederstrasser 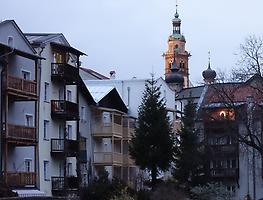 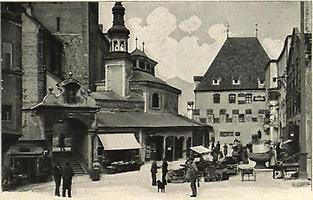 In 1303 Hall became a town. The rights that went with this, as well as the business associated with trading from Hall downriver on the rivers Inn and Danube, turned it into the leading market and trading place in the Northern parts of Tyrol. 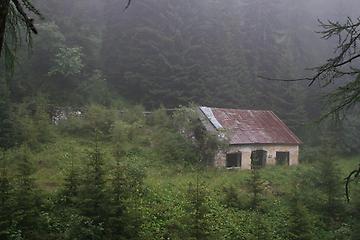 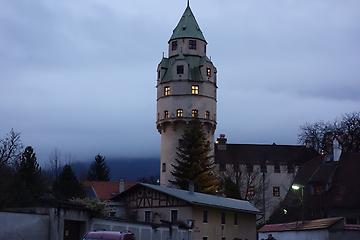 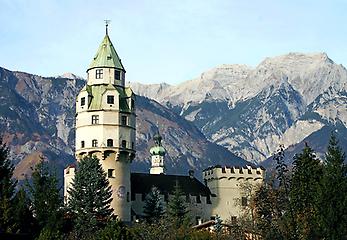 In 1477 it got the right of coinage, when the Tyrolian mint was moved by Archduke Sigmund of Tirol from Meran Meran,Italy (in South Tyrol, now part of Northern Italy) to Hall. The reasons for this were that the town was heavily fortified and that silver was mined in the vicinity, at Schwaz. (The mine is not in operation any more). Thus, it should not come as surprise that the first high-grade silver coin, the “Taler” or “Guldiner”, was produced by the mint in Hall in 1486. Note that the word Taler is the reason for the name Dollar. Tolar was also used as name for the currency in Slovenia from its independence in 1991 up to the introduction of the Euro in Slovenia in 2007.

Photo of a Guldiner. The left shows Archduke Sigismund with the incscription "archidux austriae". The right side shows Sigismund as knight on horse, the year 1486, and various coates of arms, signalling the importance of his position
Photo: Waldbär VI

Note that Hall is sometimes also called the city of the three S: Salt, Silver, Silk. Silk comes from the fact that during the production of silk in upper Italy, Hall was an important trading place for silk to the extent that merchants came under "safe conduct", i.e. even if they were accused for some criminal affair they would be allowed to come, visit and leave without consequences!

In the 16th century the mint in Hall also introduced the first automated coining machine in the world. Today a reconstruction of this revolutionary machine can be seen in the Hall Mint Museum in the fortified castle Hasegg.

Hasegg was originally built in the 12 th century to protect the valuable salt production but was converted into a splendid castle in the 14 th century.

In 1567 it started to house the mint. The mint was closed in 1809. Since 1975 it is used again on special occasions as mint. Renovation of the castle Hasegg proper was finished in 2003, of the mint tower, the icon of Hall, in 2005. The mint museum and a spiral staircase whose existence had not been known for centuries (!) but was discovered in the tower in 2007 are now open to the public.

In the 15th and 16th century, Hall was one of the most important towns in the Habsburg Empire. This period also saw the construction of many of the churches, monasteries and convents. As a result, Hall still has the biggest intact old town in the western part of Austria. Many tourists visit Innsbruck (home of a number of Olympic Games) but overlook the real gem: Hall in Tyrol.

I want to thank Waldbär VI VERY MUCH for the Photo of the Guldiner. I tried to do it myself, spent two hours at it and the quality of the outcome was remarkably poor. Waldbär VI felt pity for me and sent me the above very nice version. I have learnt one thing: taking a photo of a silver coin is not easy!