A ratchet, also called a noisemaker can be used as an orchestral musical instrument played by percussionists.

Operating on the principle of the ratchet device, a gearwheel and a stiff board is mounted on a handle, which rotates freely. The player holds the handle and swings the whole mechanism around. The momentum makes the board click against the gearwheel, producing a clicking and rattling noise.

A popular design consists of a thick wooden cog wheel attached to a handle and two wooden flanges that alternately hit the teeth of the cog when the handle turns. The ratchet is sometimes used in its place when a particularly loud sound is needed. It is used in, for example, Richard Strauss's piece Till Eulenspiegel's Merry Pranks and Arnold Schoenberg's Gurre-Lieder.

However, racheting (Ratschen) is also a noisemaking tradition that is practiced in many parts of Austria in various forms during the days preceding Easter. There are various types of “Ratschen” (see picture). Their sound is supposed to replace the tolling of the church bells that may not be used form Maundy Thursday to Easter Sunday: The ringing of church bells on Easter Sunday announces the resurrection of Christ.

Usually racheting is practiced by children who run through the community making noise and chant, the chants varying from religion to religion and location to location. Some racheting instruments can even be pushed like carts. The second row shows such a device together with the most famous Austrian maker of rachets, Franz Ederer, who even managed to make sure that racheting is included in the Immaterial Cultural Heritage of Austria. Note that ratcheting is also used in Good Friday processions in some other countries, see e.g. "The Bible as Procession".

If you read German you can learn more about all this in the German essay on the “Ratschenbauer”. 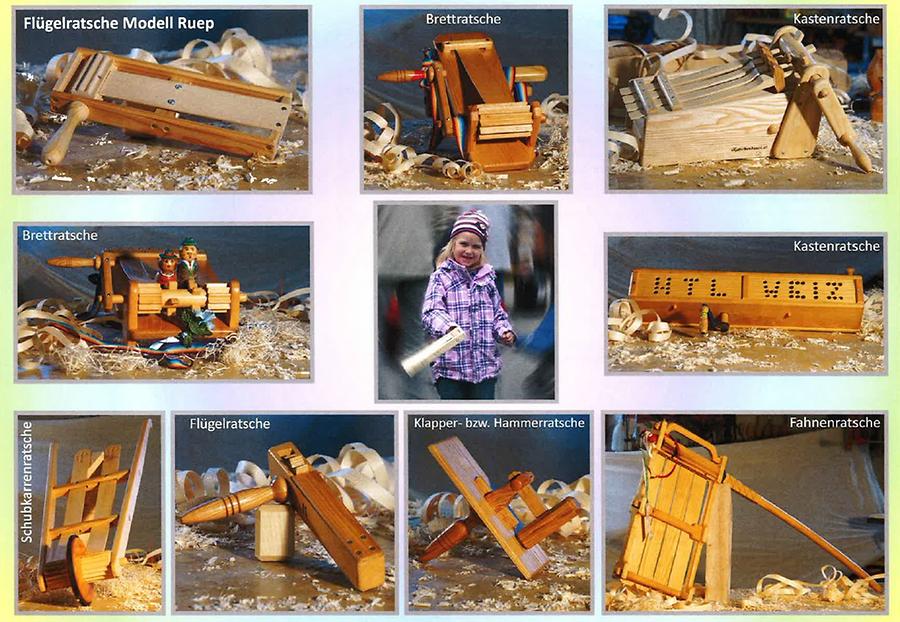 Various types of ratchets, all hand-made by Franz Ederer
Photo: H. Maurer, 2016, made from pamphlet with special permission 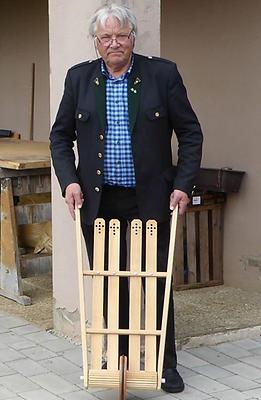 The ratchet that is shown was handmade and is now pushed by the ratchet-maker
Photo: H. Maurer, 2016 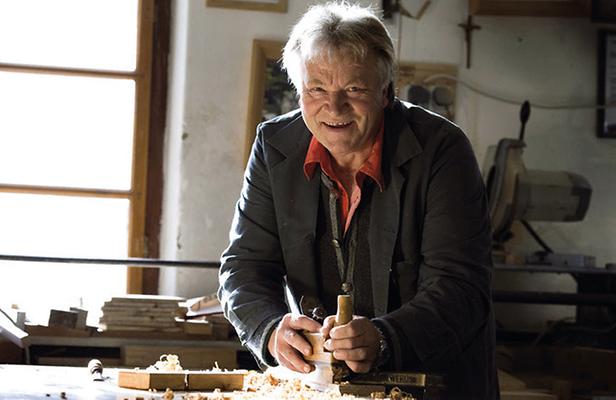