Digitization and computer networks have made it much easier to have access to important information, to extract and analyze large amounts of data, or to provide information yourself on some server.

These enormous advantages come with a number of disadvantages, which are often not seen clearly enough.

Among the negative points that are often talked about are:

We are even less aware of other important facts:

We are still less aware, however, that because of digitization, the period after 1980 may be considered a particularly poorly documented period of human history sometime in the future.

The reason for this is the poor stability of digital information. Not only are all popular media much less durable than paper. Even worse is that the formats and codings in which information is stored change again and again, and indeed the necessary hardware, operating systmens and software will often no longer be available.

Imagine that one day the PDF file format is no longer actively supported by companies. In fact, there are efforts to force alternative file formats to break the power of Adobe PDF.

If this happens, then it will be possible to read PDF for some time with "public domain" software, but the possibilities will be more and more restricted, so that one day PDF will disappear even more, much as it has already happened with Adobe Flash. How real such situations are I want to explain by means of an example in the second part of this writeup. However, before I do so, note an important fact that receives little attention:

Today, we use in some sophisticated interactive systems 3D animation for games, for educational purposes, in architecture and engineering, etc. We will not be able to use any of those complex developments in 60 years: All hardware, software, graphics and interaction standards, haptic interaction devices, etc. simply will not exist anymore because they will be replaced by much better ones.

The bad thing is: An image or a text file can at least be kept in print. Archiving is more difficult with video and audio material. But interactive programs mentioned can only be used on certain devices with certain software: There are no serious archiving options for them and no serious attempt to develop them is known to the author. 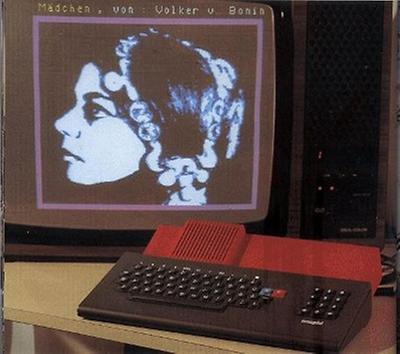 MUPID with some graphic. Photo: H. Maurer
Prior to the proliferation of the WWW, other systems existed as precursors, e.g. the so-called videotex system (in German, Bildschirmtext, BTX for short) and variants thereof, such as the French Teletel. At the peak those systems were used by some 10 million users.

Already at that time many of the opportunities offered by WWW today, were avaialble when using a small networkable color graphic computer MUPID, developed in Austria at the author's institutue. Possibilities included high-quality graphics, downloadable programs (that would be called Apps today) and information storage in a network of servers (today we would say "in the cloud"), see the separate contribution on BTX and MUPID or the report of the auhtor's personal experiences with IT.

After 1990, these systems were closed with hundreds of thousands of contributions, images, etc., all this basically lost for ever. The particular standards used for data transport, data processing and data reproduction were not further developed, i.e. not ported to newer hardware and software.

In 1987, a Dutch artist (then just 18 years old), Daniel Rozenberg, Dardara is his artist name, spent several weeks at my institute designing a series of amusing cartoons with MUPID for the BTX system. He is now a respected artist. As I write this (August 2017), he is back at the unusual Burning Man Festival in Nevada with a whole new installation.

I had the pleasure to meet Dadara in June 2017 again after many years. As a biography about his life as an artist is in preparation (to appear in 2018). He asked me if we still had examples from his beginnings in Graz. On our archive-server we had saved a few examples from the BTX era, but unfortunately the cartoons were not there. 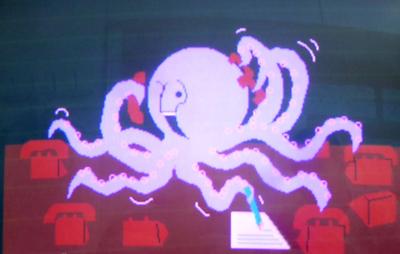 I promised to browse through our other archives. It was clear that there would be many problems:

It is an incredible coincidence that we managed to get around all the hurdles ... it would not have been possible in 20 years!

Of course, the quality of the images we got left much to be desired.

Would we succeed in connecting a modern device to the interfaces of the MUPID to achieve a better definition? Well, we did succeed. Here is the combination of devices that was finally used. 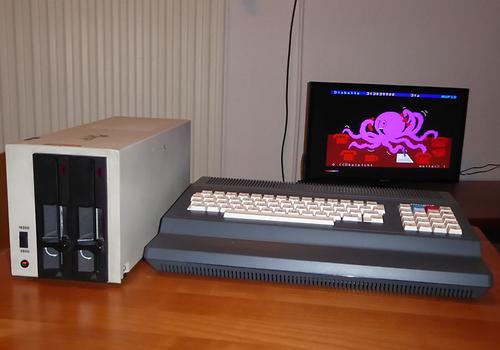 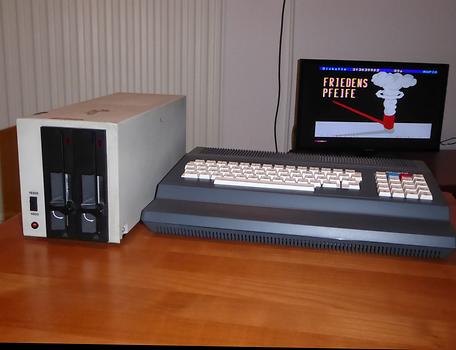 So we could bring the cartoons back to life. The screen shots were taken by the author, the cartoons are by Daniel Rozenberg, Dadara, and may not be used without his consent neither as a work nor as basic idea for ohter cartoons. 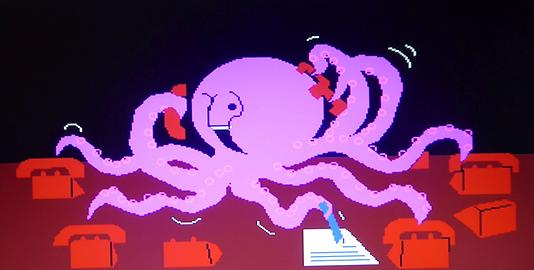 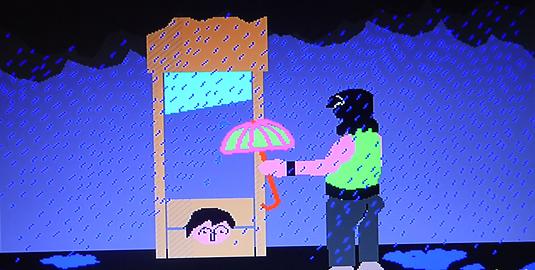 The kind executioner protects the head of the victim from rain before decapitation. Picture © Dadara 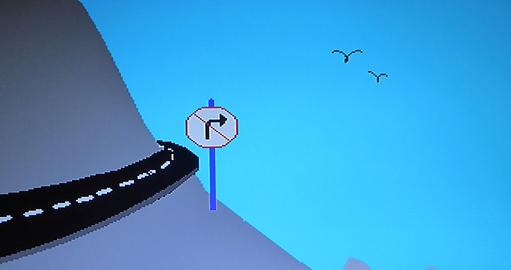 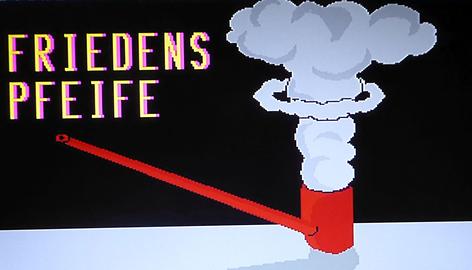 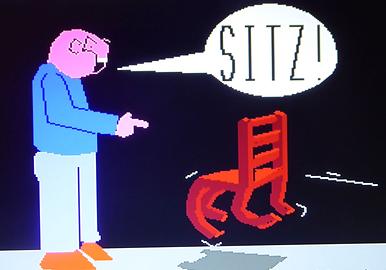 Sun in sky. After all , only half a sun rose. This was of course shown in an animation. Picture © Dadara 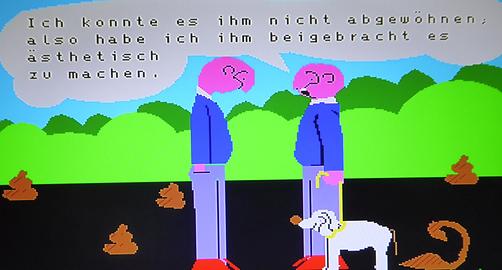 I could not prevent dog dirt, but I managed to educate the dog to at least produce beautiful results . Picture © Dadara 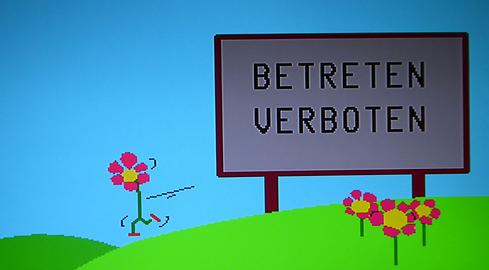 Do not step on lawn. Picture © Dadara 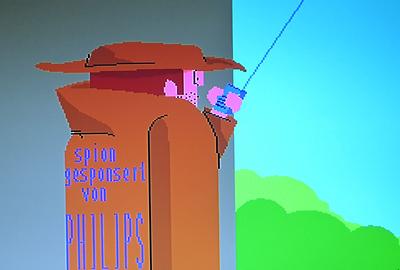 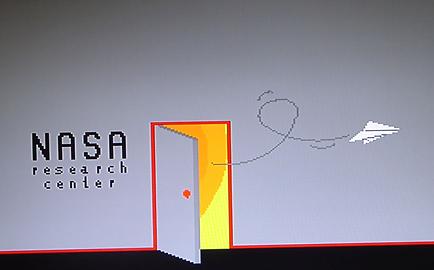 Plastic Surgery will not help in this case. Picture © Dadara 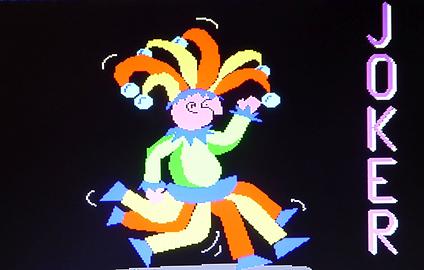 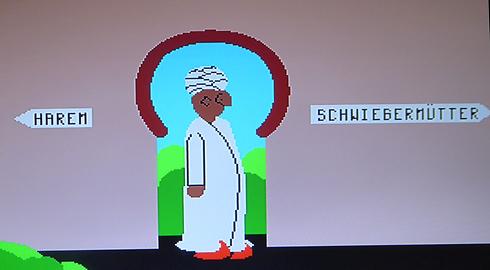 Hard decision between harem and the corresponding mothers in law section! Picture © Dadara 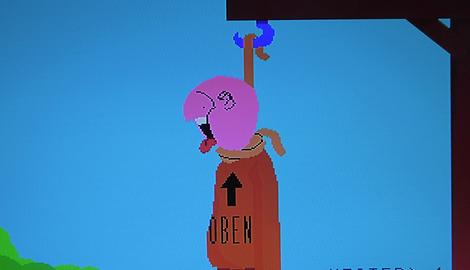 Sign showing how to hang the person. Picture © Dadara 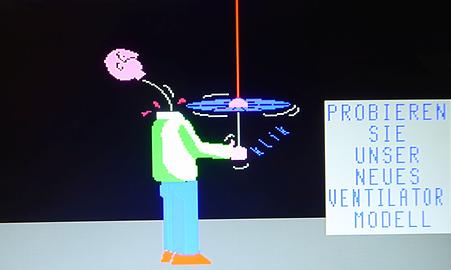 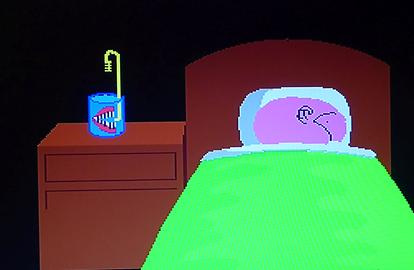 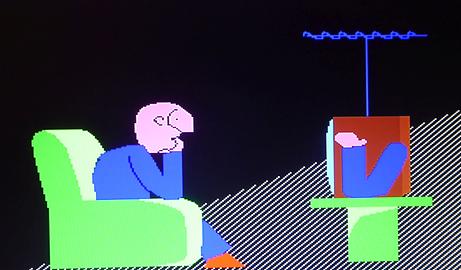 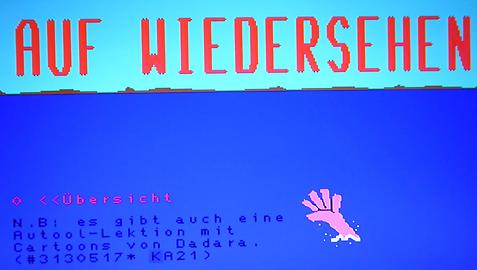 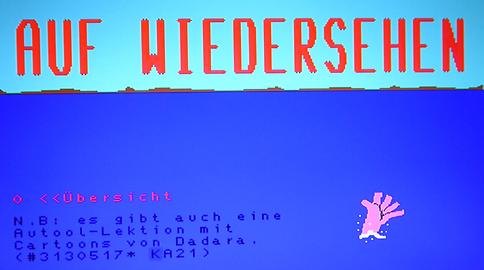 In this one case, it has been possible to "revive" old data. Had it been tried in five years time it would not have worked: The crate with the floppies was suposed to be thrown out with the move to a new building.

This is one example to show the "instability" of digital data over time. It would be good to consider techniques to provide better archivabilty for data and programs developed for today's computers!

More recent Cartoons, all © Dardara and must not be used in any form without his explicit permission.# 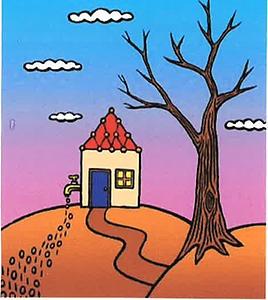 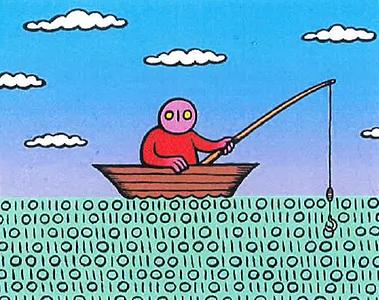 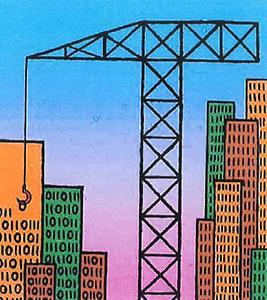 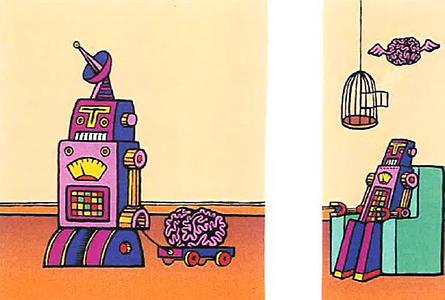 will Computers keep us as pets? 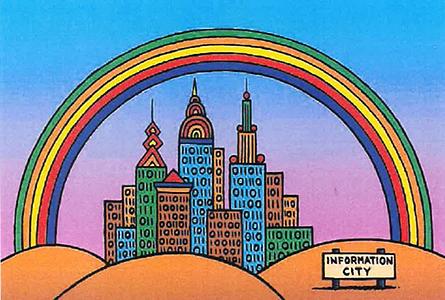 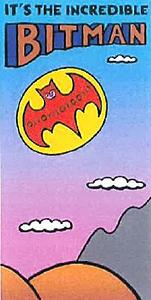 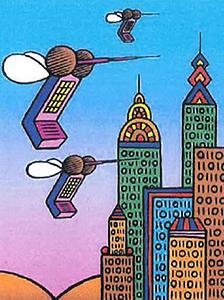 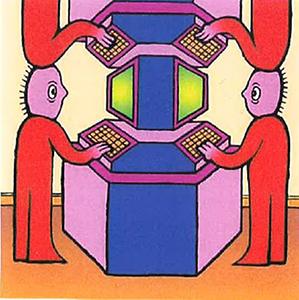 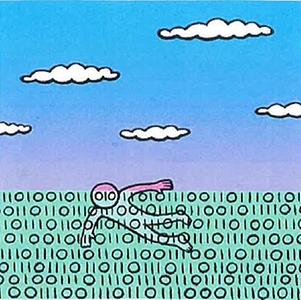 Drowning in the sea of information. NOTE: When Herman Maurer founded the Computer Science Faculty at Graz University of Technology, he- as first Dean- also had to decide on some graphics for the silver Medal of the Dean worn on a silver chain on special occasions, like convocations. He decided to use this cartoon. So it is now part of the silver medal and will probably survive as such for a long time.
Deutsche Version